One FC fighter Brad Robinson loses over 60kg for MMA 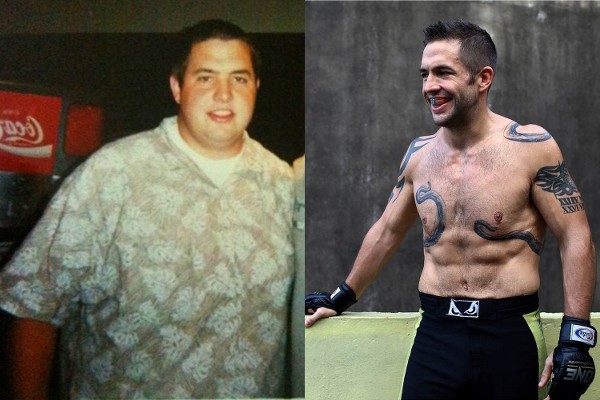 Nobody likes to be fat and nobody likes to be told that they are fat either. After he moved to Singapore in 2007, Brad Robinson hit his heaviest weight ever – he was a hefty 1.83-metre-tall 150kg American high-ranking managing partner in the corporate world. His waistline was 54 inches and he needed tailor-made pants for that. Blame the beer – he could drink 10 pints at one go!

Probably because of his status at work, no one dared to tell him he needed to do something about his weight. He also avoided going to the doctor for medical check-ups, because he knew he would be asked to lose weight. When his first son was born in 2008, he was nearly denied entry into the operating theatre to witness his birth because none of the scrubs at the hospital could fit him. 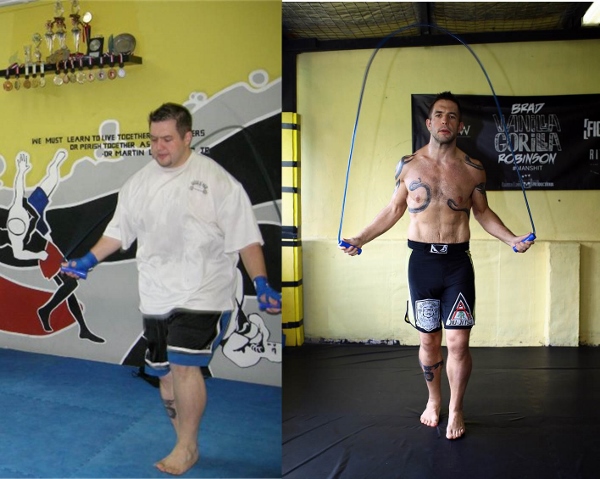 At the age of 30 (in 2009), he found out he was diabetic and only then did he make the effort to start eating a little better. The only form of exercise he did was heavy weightlifting (he could bench press 180kg). Finally, it was martial arts that changed his life entirely.

From trying to lose over 20kg for a white-collar boxing match, Brad went on and worked hard to achieve his goal of fighting in middleweight (83.9kg) in mixed martial arts (MMA). That’s where he is right now and he will be making his ONE FC debut on 30 May here in Singapore. In the process of training and acquiring knowledge, he became obsessed with fitness and nutrition, and got himself certified in those areas. He made the decision to leave the corporate world and then set up HIIT-based gym Ritual to help people.

Total loss of 44% of his body weight and 23 inches off his waistline – that is sheer grit. 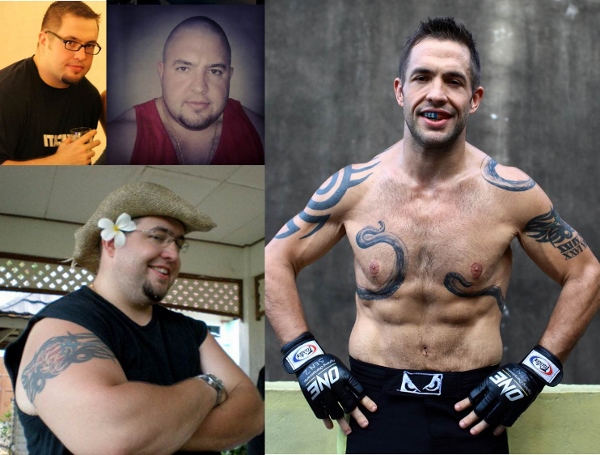