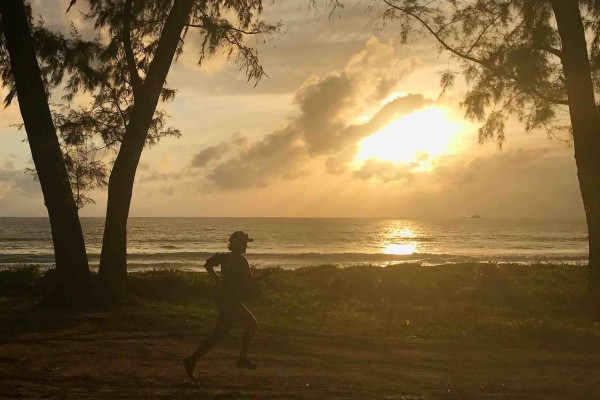 I was feeling good after completing a pretty epic two-week training camp with Z-Coaching in Phuket and was ready to continue the high back home. I even planned to title my post-camp blog post “Why do I keep training?” because people were asking me why I am investing so much time, effort and money into training when this is only a hobby. 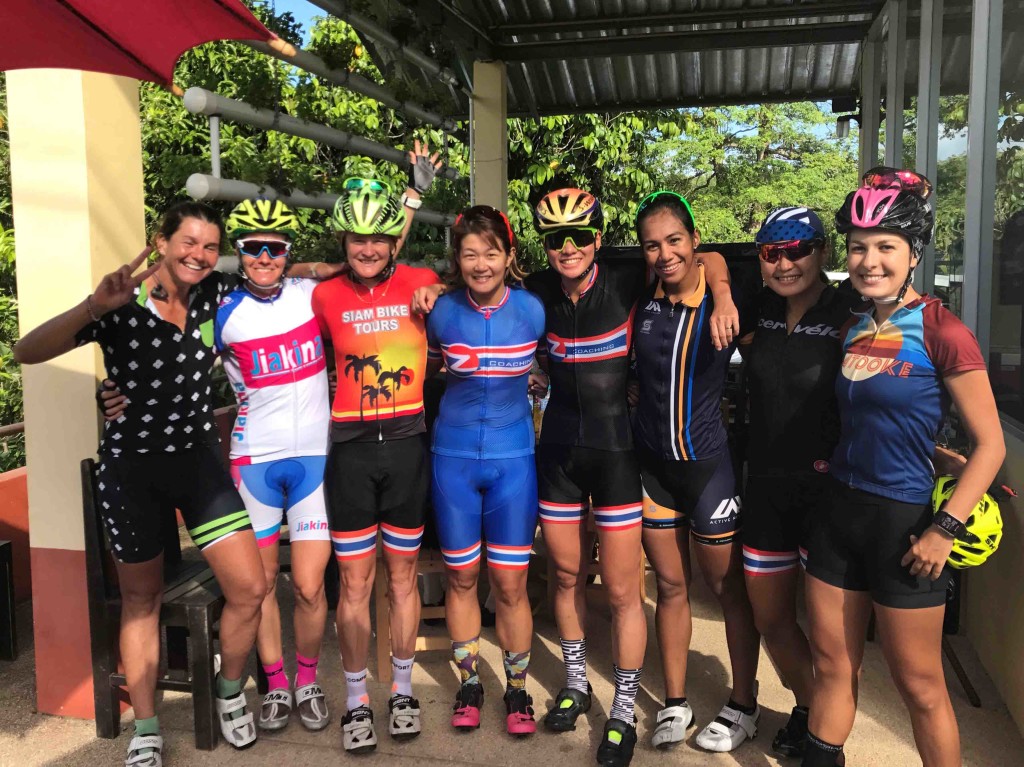 I started my Ironman 70.3 training at the end of July last year, when I was an emotional wreck and decided I wanted to change my life around so I signed up for the Ironman 70.3 Phuket race. It’s been almost a year since I got a coach and followed a training programme; a year since I embarked on this multisport lifestyle of swim-bike-run. Those who know my schedule, will know that I give my training a lot of priority.

Thankfully I have flexible working hours, so I can work my schedule around and not have to miss much training. I’ve also managed to make certain changes to adopt this lifestyle. For example, I always have my bike with me on my travels over the past year and my social life has to take a backseat when it gets nearer to a race.

But these are just adjustments that I’ve gladly made because that’s how much I love this lifestyle. Yes, there are days when the alarm goes off at 3am and I wonder what the hell I’m doing in the dark, in the cold, at 4am on the road by myself. Yes, there are days when I don’t know what the heck I’m doing all of this for; days when you suddenly realise how much you have spent on this and feel guilty; days when your training or race doesn’t go as planned and you feel absolute shit.

But that’s where you need to remember why you started, remember how far you have come, remember that it’s a journey not a one-stop, remember how many wonderful people you have met from this sport, remember all those who love you and support you, remember what this entire experience has taught you so far, remember what a better person it has made you and how much more you’ve discovered about yourself. 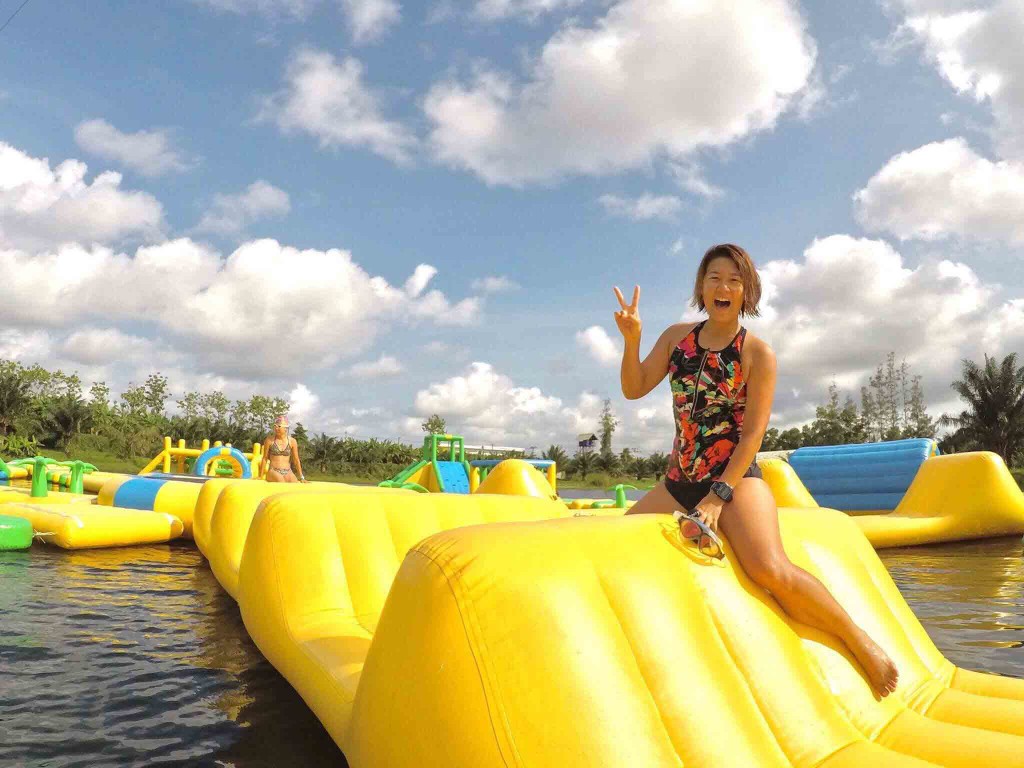 Some people feel that I take this whole triathlon thing more seriously than a hobbyist should perhaps, even my own parents who nag at how I could be saving the money for other things and spending time on how to make more money instead blah blah. It’s hard to explain why I like fitness so much, it’s hard to explain why I am so attached to this lifestyle. But it’s ok, you don’t need to understand – just support me 🙂

So, I was gonna go on and write a 5,000-word long essay on why I keep training and how awesome the Z-Coaching training camp was, then I fell very ill and had to take a break from training for nearly two weeks. It left me feeling demoralised and frustrated, and I had all these thoughts going through my mind – “All my training in Phuket is wasted, what if I lose my fitness, omg I’ve not had such a long break from training since I started, I could be making more progress in this time, my race is coming up soon and I can’t afford to stop etc. etc.”

In these dark moments, you start to struggle internally because you start questioning and doubting yourself. BUT you can fight against these horrible negative thoughts and squash your inner demons. This is the time where you need to stand up stronger and fight back, while holding on tightly to your dreams and goals.

Let me explain what happened first:

I returned from Phuket on Monday afternoon and my tummy started to hurt but I ignored it, thinking it might just be some random cramps. But the pain worsened and I couldn’t sleep all Monday night so I went to the GP the next morning and he gave me painkillers via an injection. I felt better but once it wore off, the pain hit me again and I tried taking more painkillers (via pills this time). I wasn’t vomiting, I wasn’t having diarrhoea, I wasn’t having fever – so WTF is going on?!

I couldn’t train, I had to cancel all appointments and I just curled up in bed all day. Finally on Wednesday evening the pain got so bad that I went to see a gastrointestinal specialist and he decided to admit me into hospital so he could run tests on me. I stayed for one night and all the tests (X-ray, blood work, CT scan) were normal, yet I was still in pain. I asked to go home anyway, and continued to stay curled up in bed.

By Friday I felt so helpless. I was still in pain and the painkillers only relieve temporarily. How long more am I going to be in pain? When can I start training again? I didn’t like seeing so much red in my Training Peaks!

So I went to consult a Chinese doctor and she gave me some bitter herbal drink to relieve my ‘heatiness’. My nose did bleed the night before, so I might be too heaty (and dehydrated) from all the sunny training in Phuket maybe? Once that was cleared, I started to get diarrhoea and I spent the next four days doing sprint intervals to the toilet. Apparently, it should be stomach flu that I contracted but I faced constipation instead because I was too heaty.

But after the shit-clearing procedure, I was still having stomach cramps! At this point I was already in pain for nine days and I wanted to remove my stomach man. LIKE TAKE MY STOMACH OUT PLEASE. I was in Bintan over the long Hari Raya weekend, mainly to recce the Ironman 70.3 Bintan route, and I wasn’t feeling good but I didn’t want to waste the trip there, so I just popped painkillers and headed out anyway. My legs were feeling weak and the hills didn’t do me any favours either. But at least I know what the route is like lah – it’s unforgiving hor.

The Chinese doctor said to give it two weeks, as that’s how long stomach flu usually takes to recover. True enough, around the 12th day, I was fine! AND I COULD FINALLY TRAIN PROPERLY. It’s been difficult trying to get back to training and not being able to train properly because I wasn’t fully recovered. I WAS SO HAPPY WITH MY LONG RIDE YESTERDAY CAN. I AM BACK!

So, I definitely learnt a lot of things during this downtime… 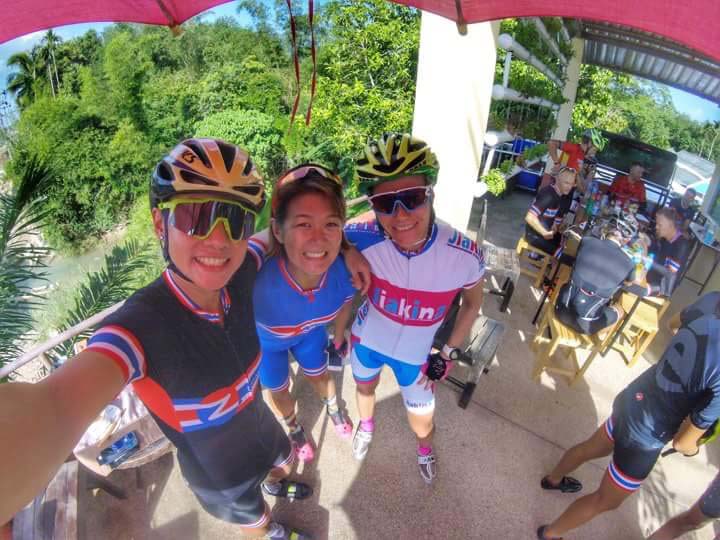 Firstly, rest and recovery is part of training too. I know it can be frustrating because you keep thinking you could be spending this time getting better instead of lying around letting the muscles rot. But it’s better to just be good and rest properly so you can recover faster to get back into action at 100%, rather than train half-assed while you’re still sick. As Ling Er said, “Now you only miss X days of training; but if you go and force yourself to do something now when you’re still ill, you will end up missing X+Y+Z days of training.” Also, the body gets stronger during rest because that’s when it repairs itself.

Secondly, I think this period helped me to realign my thoughts about this triathlon journey and what I want out of it. Nothing has changed (phew) and if anything, my enthusiasm has been recharged. I was feeling the fatigue from the Phuket camp and was dragging my feet to the last few sessions, so this break was pretty timely.

Thirdly, I learnt to count my blessings. It was just a stupid stomach flu bug that took me out for nearly two weeks. It could have been worse (touch wood). There is always another day to live, always another race to train for, always time to train.

Ultimately, just be patient. After all, this is an endurance journey I’m on right?