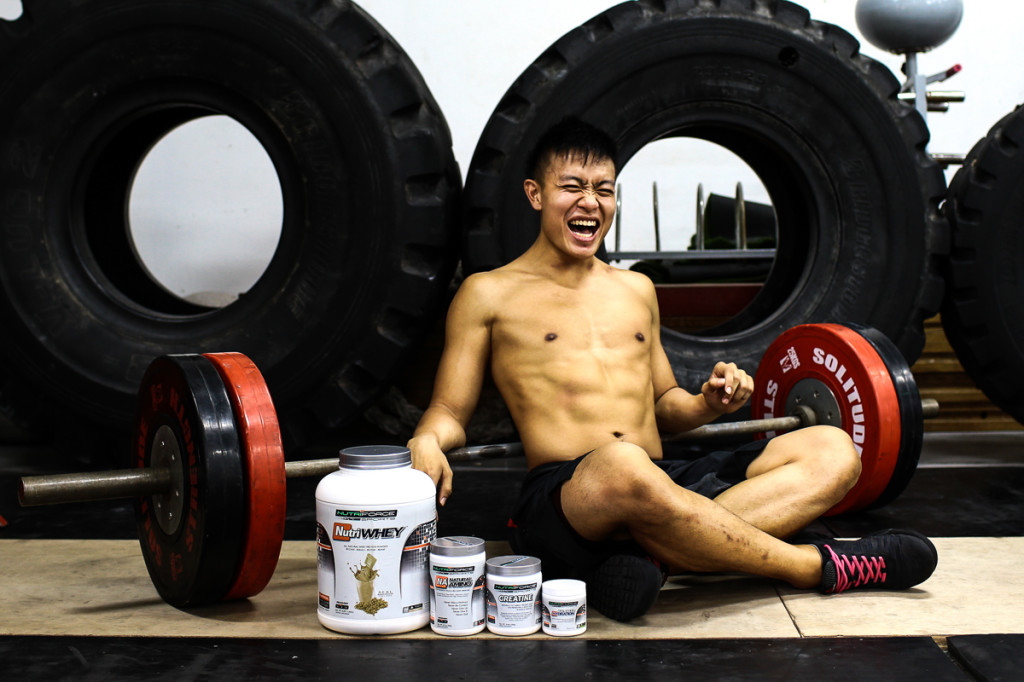 John Cheah, 24, only started going to the gym four years ago when he wanted “to become stronger and build more endurance” to improve his performance on stage as a physical theatre actor and movement performer. For a year, John blindly followed the ‘300’ Spartan workout which he pulled off the internet and then bought a book on functional training which introduced him to exercises like kettlebell swings.

Somewhere in 2012, John came cross CrossFit on the internet and was very intrigued by the videos he watched. He started pulling off daily CrossFit WODs (workout of the day) from websites and trained himself in the gym. Finally at the end of 2013, John visited a CrossFit box and a few months later, competed at his first ever CrossFit competition locally.

Going under the tutelage of Lewis Chua early last year, national record holder for Olympic weightlifting in Singapore, John climbed the ranks quickly and has since clinched wins and podium finishes in various weightlifting and CrossFit competitions in the region. 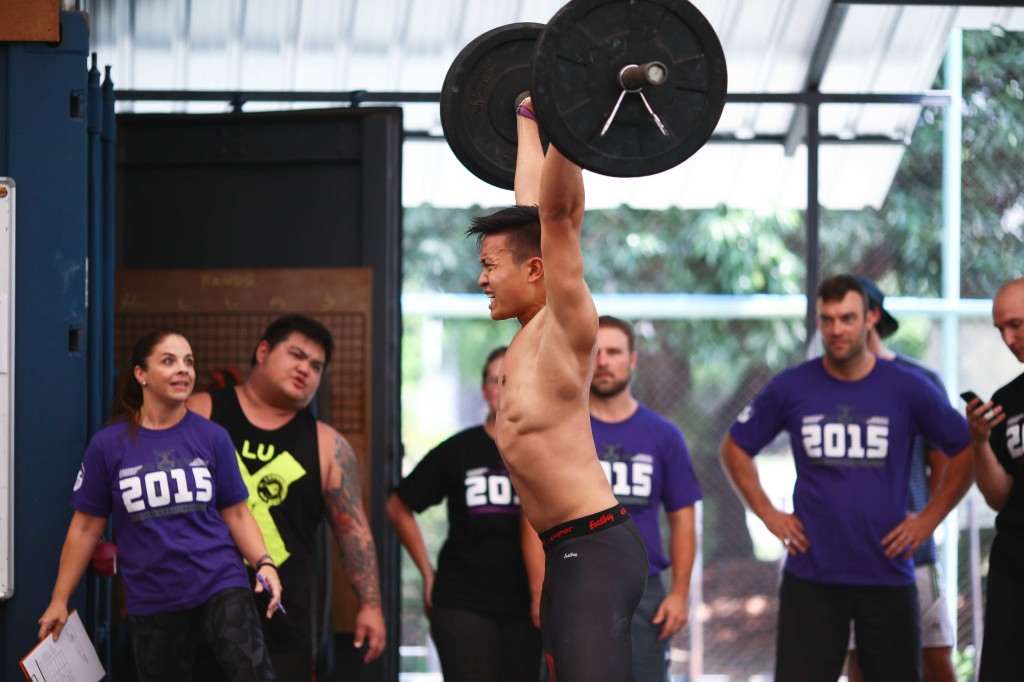 Currently the Head Coach of CrossFit Statera, the Nanyang Technological University Communications undergraduate trains two times a day for five times a week, in preparation of upcoming competitions. All these years, John never took any form of supplements until he was introduced to NutriForce Sports, exclusively distributed by Elite Pro Nutrition in Singapore, three months ago.

Believing in the importance of sports nutrition, John enhanced his training with the ELITE Performance Pack which consists of NutriWhey (whey protein), Creatine, Balanced Hydration, Natural Amino, as well as Betancourt Nutrition’s popular pre-workout Bullnox. Since, his lifting numbers have been increasing and he will be competing at the Asia Championships next month. 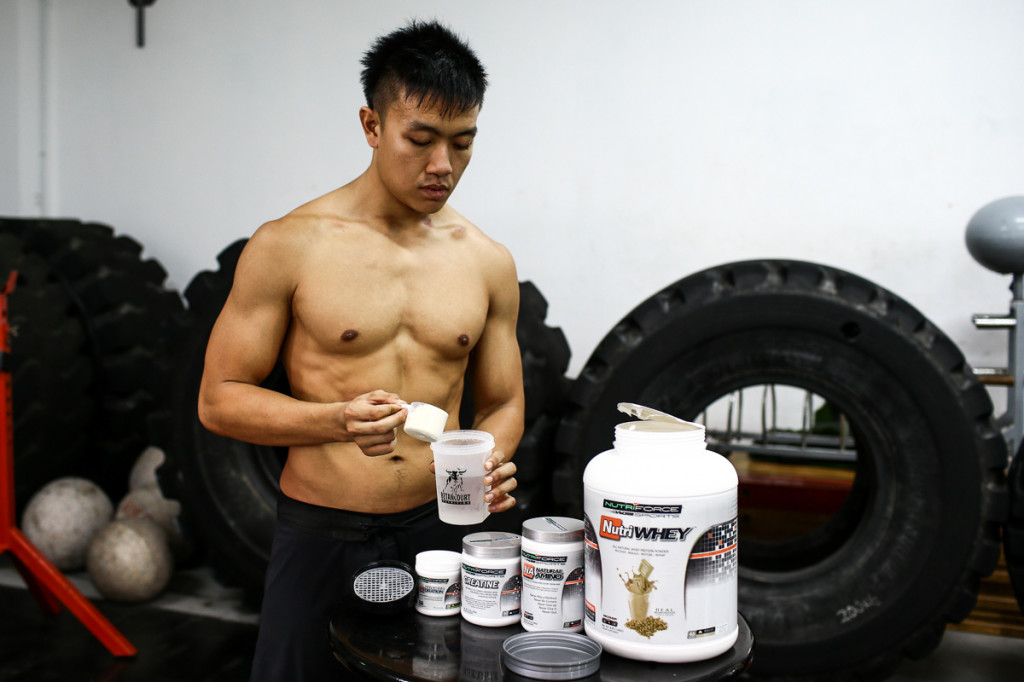 “I’ve since seen an improvement in recovery as well as increased gains in muscle mass and muscle endurance. I train twice a day and all my lifting numbers have gone up alongside my cardio endurance. I’m able to push more during training, I don’t ache as frequently as before and I also recover quicker in between workouts and during competition without feeling bloated,” he added.

After experiencing the benefits of supplements for himself, John is more determined to train harder for better performance. He is also leading the standings for the Men’s Open of ELITE 2015 Presented by EPN after Round 1 and will be competing in the second round on 19 July.

The ELITE Performance Pack that John is taking is available at a special price on www.epn.com.sg or via 6354 0888: 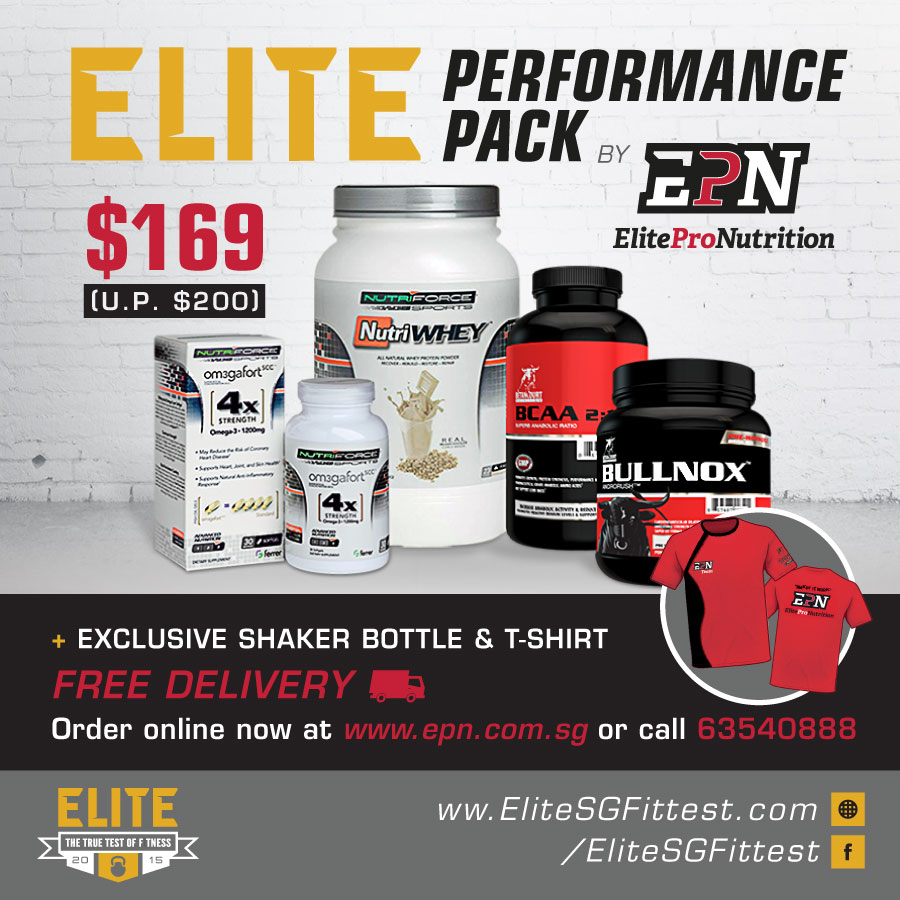 *This post is brought to you by Elite Pro Nutrition.