Sundown Marathon 2014: Bring on the night 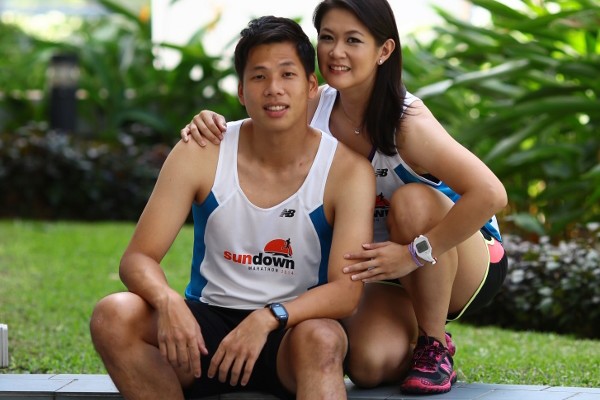 As one of the charity ambassadors for Sundown Marathon 2014, I was more involved with their Sundown with Love charity outreach, such as having a dedicated fundraiser page. We also had Saturday morning sessions with the beneficiaries where we interacted with them and attended workshops by sponsors such as Acti-Tape to learn about sports taping.

All these years I’ve only been running for myself, hence this time I’m really heartened to be running not just for myself, but also for the beneficiaries of four associations. We healthy people tend to take it for granted, being able to walk, run, jump and climb stairs easily. However, there are others out there who are unable to, like the physically disabled, and I was glad for this chance to do my part.

Choosing to run the half-marathon like I did at last year’s Sundown, I roped Kelvin in with me. It makes a difference when you have someone running with you, to encourage you and complete the journey with you. This night run is into its seventh edition, just like the Formula One Singapore Grand Prix (the first full F1 night race), thus I feel some kind of special connection to it. 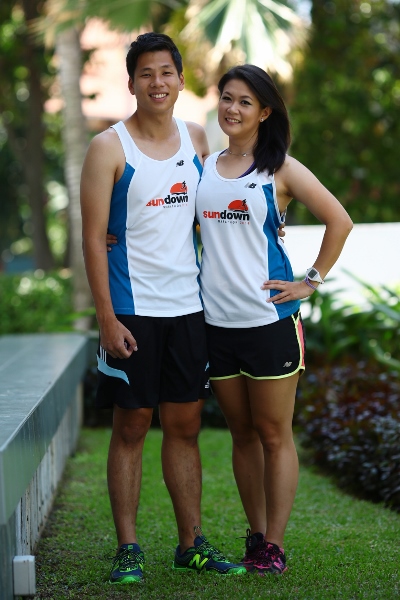 The flag off timings have changed and the half-marathoners was the last to go off at 1230am (on 1 June). The 10km runners started first (at 1030pm on 31 May), followed by the full marathoners (at 1130pm on 31 May). Entry to the start pen was via a narrow pathway at the front of the pit building and it was a bottleneck, with everyone squeezing their way in.

On the pit lane, we could choose where we wanted to start, according to the estimated completion times. There were pacers for under 2 hours, 2:15 hours, 2:30 hours and so on. Each group of pacers are identified by different coloured helium balloons so it was easy to spot them along the route. We managed to snap a selfie before doing a mass warm up session led by California Fitness. 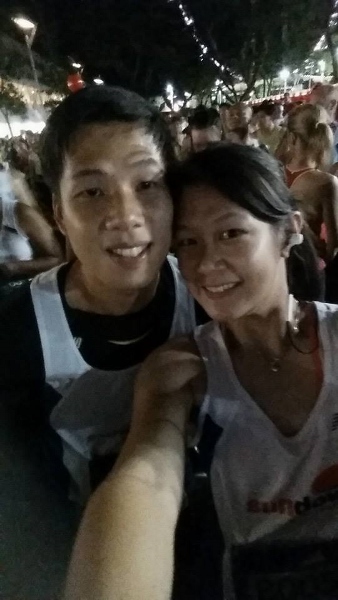 The air horn went off and we ran under the beautiful lighted bridge, managing to catch emcee Kelly Latimer’s attention and getting our names called out. Lol! The start, as all large-scale running events go, was very crowded and we tried our best to stay to the left side and not get in the way of others. There was some pushing and shoving, and at one point I tripped and nearly fell when someone’s legs tangled with mine when I was overtaking.

The weather was unbelievably humid (probably due to the impending rain) and the atmosphere was very stuffy, especially when running in a crowd. After Nicoll Highway, the lanes got narrower as we entered the Kallang area and people were getting impatient as they struggled to overtake. At the end of a bridge (before the 6km mark), there was a hydration station and it was massive chaos. There was only one path and it was filled with runners trying to get water, so those who didn’t want water got stuck.

At the next hydration station before the 8km mark, there were light boxes on the ground but because there were so many people, Kelvin could not see the ground ahead well and tripped over the box. When we ran off, we heard someone crashing into it again. Oops! The road after that was uneven and there were some dark spots, where I nearly tripped. As we approached the 10km mark, the road widened and visibility was better, so the run became less congested. 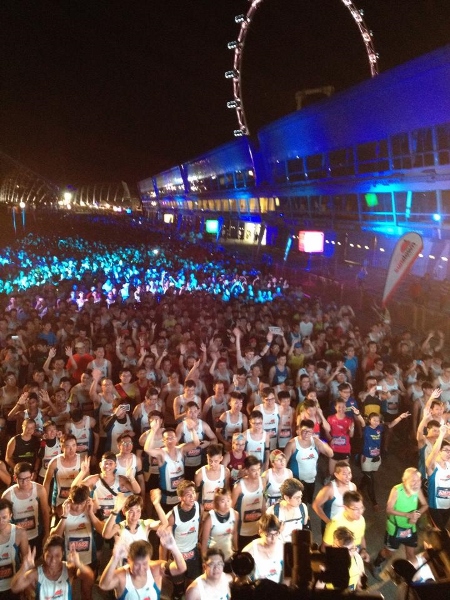 Bouts of rain came on after we passed the Fort Road point, but it didn’t turn into a thunderstorm thankfully. The rest of the journey was a mental game as the mind battled with the legs to go on. During the run, all kinds of thoughts run through your mind, including the thought of never doing this again. But after you complete it, with jelly legs as a souvenir, you will feel a great sense of accomplishment and find yourself signing up for it again. That’s what happened to me last year at my first half-marathon, hence I’m back. The finisher tee is only for the full marathoners though.

Running at night has a different set of challenges due to the reduced visibility, but I enjoy it for its cooler temperatures (maybe not last night because of the extra humidity). I admit it is insane to be running your lungs out while others are asleep, but the 30,000 of us who went for the Sundown Marathon certainly share the same crazy element. Maybe, just maybe, I will go for a full marathon once in my life. 42km for Sundown Marathon 2015? 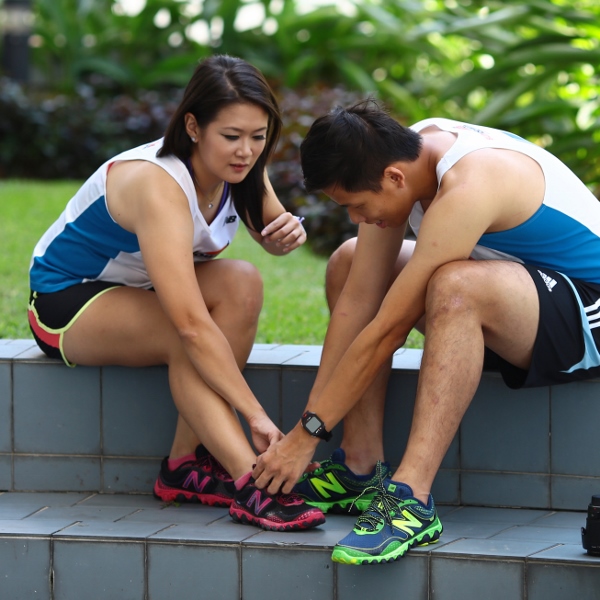 I’m honoured to have been one of the charity ambassadors for this major running event in Singapore and I hope to do my part again next year. Thank you HiVelocity for the great effort in putting together this massive event and for the uncountable sleepless nights you went through to make this happen. Sundown with Love is a superb initiative in giving back to the society, as we need to be reminded that a simple thing like running should not be taken for granted – there are others out there who unfortunately don’t have this privilege.

Here’s a shoutout to the sponsors: 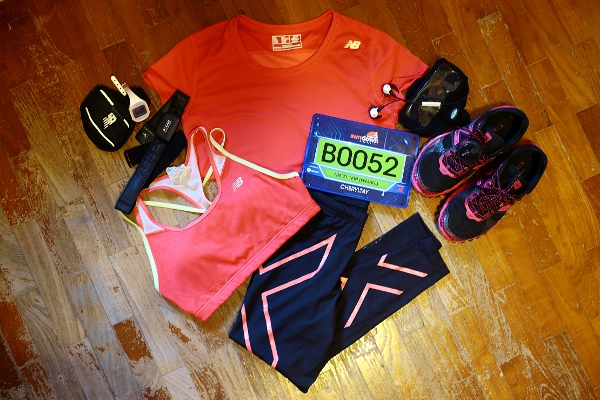 New Balance for clothing me from head to toe

Polar for accurate tracking of time and heart rate

Klipsch A5i for quality music on the run