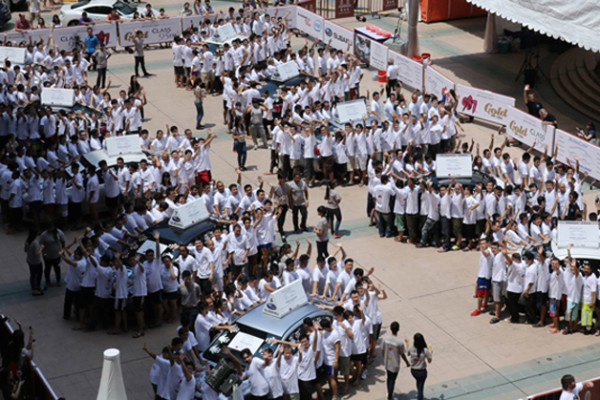 Harsh weather conditions of rain or shine, absence of sleep, hunger pangs and throat-scorching thirst are just some of the battles that participants will face as they try to keep their palms firmly within the surface area of the decals. Five-minute breaks are given once every six hours – at 1pm, 7pm, 1am and 7am – for them to use the toilet, grab some food, gulp down water or just rest their tired limbs.

The 12th MediaCorp Subaru Challenge 2013 – The Asian Face-Off – started at Ngee Ann City’s Civic Plaza at 1pm sharp last Saturday afternoon. A total of 400 contestants – 310 from Singapore and 90 from the region including Cambodia, China, Hong Kong, Indonesia, Malaysia, Philippines, Taiwan, Thailand and Vietnam – are competing for the grand prize of a new Subaru Forester 2.0i Premium worth S$85,000 (COE not included). More than 30 per cent are repeat contestants from previous years.

The regional contestants are competing for additional titles and cash prizes too. Each country will have a Country Winner who will get S$1,000 cash, while the last standing regional contestant will take the Asian Winner title and an additional S$5,000 cash. The country or region with the longest combined standing time will receive the Country Team Winner title and S$10,000 cash.

Marking the 12th year of the Challenge, participants will win a prize for every 12 hours they stay in the competition. These prizes range from lifestyle vouchers, Osim uAngel massage cushion, GPS Navigation System to a Samsung Galaxy Tab 3.0.

145 contestants remained as the competition entered the second day, with 255 eliminated in the first 24 hours. Mediacorp gave an extended 1pm break of six minutes, instead of five, after more than 220 people liked an image on the Car Challenge Facebook page. Participants from the Philippines and Vietnam had no eliminations, while Malaysia had three drop outs, and Cambodia four.

Oldest contestant, 69-year-old Ms Vivien Tan, who is competing for the sixth time, dropped out at the 1pm break. Those who were still in the game at the first 12-hour mark (at 1am) were given with Jean Yip discount vouchers. By the time the second night rolled around, only 113 were left compared to last year’s 80 at the same time. Participants from the Philippines still had all 10 in the running.

At the 49-hour mark, 52 contestants – 35 local and 17 regional – remained standing. However, at the 50th hour, the Challenge was suspended for 66 minutes due to the thunderstorm and Category 1 lightning. Participants could only seek shelter but were not allowed to eat, drink or sit down to rest. This is the second time in the history of the event that the Challenge was paused – the first time was in 2008, also due to a thunderstorm, but only for 46 minutes. The Challenge was resumed at 5.40pm and past the 55-hour mark , 32 contestants remain – 20 local and 12 regional.

43-year-old Singaporean Yusman Wright emerged as champion after a grueling 75 hours and minute, fellow Singaporean and seventh-time participant Sunawr Ali. This is the fifth time that Wright is taking part and he exceeded his previous best time of 73 hours. Wright, a real estate agent, was up against Ali in the last five hours of the Challenge. Ali, an SMRT train officer, got disqualified at the 75-hour mark as his palm was slightly raised from the car. As runner-up, he gets S$5,000 cash. 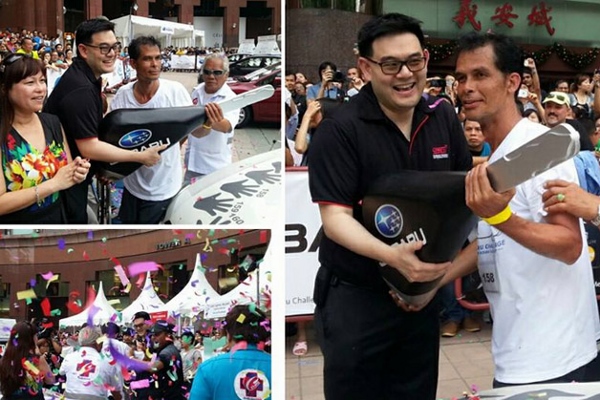 The last-standing regional contestant was 31-year-old Alex Jr. Jose Neblasca from the Philippines, who takes the Asian Winner title and gets S$5,000 in cash. Alex was also last year’s Country Winner. He is also this year’s second runner-up, with a time of 70 hours 53 minutes. He was unfortunately disqualified seconds before the family break, when the audience tried to encourage him by counting down to the break. However, their countdown speed was not in sync with the official timer and it caused him to remove his palm a bit too early!

The Philippines won the Country Team Winner title with S$10,000 for the longest combined standing time of 518 hours 41 minutes (total time of all 10 representatives from the same country). 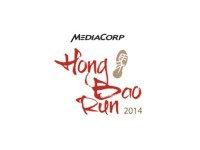 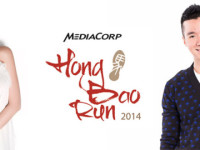