MediaCorp Hong Bao Run 2014: Why you should run with your partner

I think that every girl out there should go running with their partners at least once during the course of the relationship. Unless he is a competitive runner serious about training like Singapore’s fastest marathoner Mok Ying Ren who needs to use the run as part of his training, or he has an ego so […]

Celebrities Felicia Chin and Joshua Tan will be running in the MediaCorp Hong Bao Run 2014 on 9 February 2014, as a way to promote their telemovie “Hong Bao and Kisses” which will be airing exclusively on MediaCorp’s Toggle on 31 January. Group of 4 category In order to encourage more families to sign up as a unit, […] 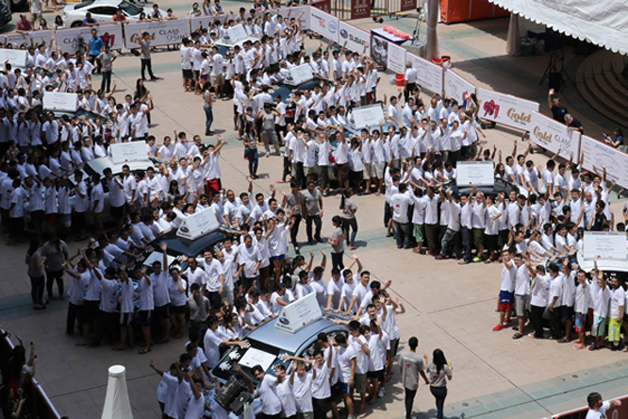 Harsh weather conditions of rain or shine, absence of sleep, hunger pangs and throat-scorching thirst are just some of the battles that participants will face as they try to keep their palms firmly within the surface area of the decals. Five-minute breaks are given once every six hours – at 1pm, 7pm, 1am and 7am […]