It was harder to say goodbye to the Golf than I expected. I mean, nobody likes goodbyes and this was a goodbye I wish I didn’t have to do. I got the Volkswagen Golf 1.4 TSI back in August 2015 and it was my first Continental car (before that it was the Mitsubishi Lancer GLX and the Honda S2000).

This turbocharged fella (which I never got around to naming) was a great car to zip around in, had enough space to fit my entire bicycle in (with the rear seats flattened) and could mount a bike rack on its back. I was happy with it!

Then things started to go downhill from the 4th year.

I’m aware of the Volkswagen gearbox issues but I was told by the sales person that the newer batches were better, so I took the plunge. My warranty with Volkswagen Singapore ended after three years and coincidentally my first major problem with the car came a few months after it turned 4.

I had problems with the gear shifting – the car would jump from gear 1 to 3 then to 5 and then drop to 2. It was very difficult – and dangerous too – to drive as the car would keep lurching forward violently each time it skipped a gear. I managed to drive the car to the workshop in this state and the fault was the failure of the mechatronics unit (the control centre of the gearbox).

It cost me a few thousand dollars to replace it and mine was a reconditioned unit from a third party workshop, so I cannot imagine what the bill will be like at Volkswagen Singapore for a new part.

When I shared about what happened, I received many messages via Instagram from various Volkswagen owners and their horror stories. At that point I considered my options – if I should trade in the Golf for a secondhand car or look around for other new car possibilities. But the car seemed fine after changing of the mechatronics unit, so I decided to just continue driving it, since I’ve spent so much on the repair. A second chance, you can call it.

Then in October, the next problem came. I started getting this error message: “Error: workshop! Leave vehicle only when selector level is in position P.”

Yes of course I did that, but why was it telling me otherwise? It got me worried because the last time my mechatronics unit failed, I got this error message for a few weeks before it died on me. I decided to take a risk and ignore it, and my fears came through.

One day, when I started the car, I got a series of error messages – basically all the electronics failed on me. Electronic Stability Control failed, start-stop system failed, Hill Hold Assist failed, proactive passenger protection not available, tyre pressure loss indicator etc etc. I also lost power steering, though it felt more like the steering wheel getting locked, so I wasn’t able to drive the car to the workshop. What is going on?!

After my warranty ended I’ve been going to a third party workshop, but this time I called Volkswagen Singapore to tow it back to them since it was an electronics problem – that I felt might be a more sophisticated issue.

You know what they charged me from the get-go?
$140+ for the towing
$140+ for the labour to do the diagnostic tests
On top of these fees, there will be repair costs too; if any. Whew!

Yet they took nearly two days before getting back to me with the problem, because they had a lot of cars in the workshop, the service person said to me over the phone.

Apparently my battery died. They had to charge it to see what the problem is and guess what? After charging the battery, everything worked fine. Oh hooray! They also helped me to update the electronics software. No additional cost other than the towing and labour fee – that’s great news.

I collected it, drove it back and everything went fine…… until two weeks later. The exact same problem happened again! I got that “Error: workshop! Leave vehicle only when selector level is in position P.” message AGAIN. Oh no, I have a phobia of this error message because it always means something bad is gonna happen.

I sent it to the third party workshop this time. The battery was fine, so it wasn’t a battery issue now. So what is it? The fault code showed a problem with the gear selector. After they did a reset and calibration, it seemed fine so I took it home first while waiting for them to get the gear shift module replacement part.

Then guess what? The next day, all the electronics failed when I started the car and I was unable to drive it out because of the loss of power steering. Yup, the same shit happened again.

This was really starting to piss me off. The hassle and inconvenience can really be a pain, as you rush to reshuffle your schedule because you need to wait for the tow truck to arrive and then leave your car in the workshop for a few days.

I sent the car back to the third party workshop and they changed the gear shift module for me. This set me back nearly a thousand dollars. Seriously! The car worked fine after, but that was when I decided enough was enough. In just a span of one week, I sent my car to the workshop three times. I really cannot take it anymore. No more chances.

It’s really a shame because I liked the Golf a lot. I even put in a bid for the number plate. Other than its unreliability, I have no problems with the car. Unfortunately, unreliability is something I decided I cannot live with.

I cannot speak on behalf of all the Volkswagen owners, but from my own personal experience, indeed I had gearbox-related issues and all sorts of electronic problems. This is something I guess I can say I am not surprised by, but at the same time I was quite sad and disappointed because I wasn’t ready to let the car go.

It’s gone now, but it will forever hold my memories of my earlier years in triathlon. Goodbye, Golf. 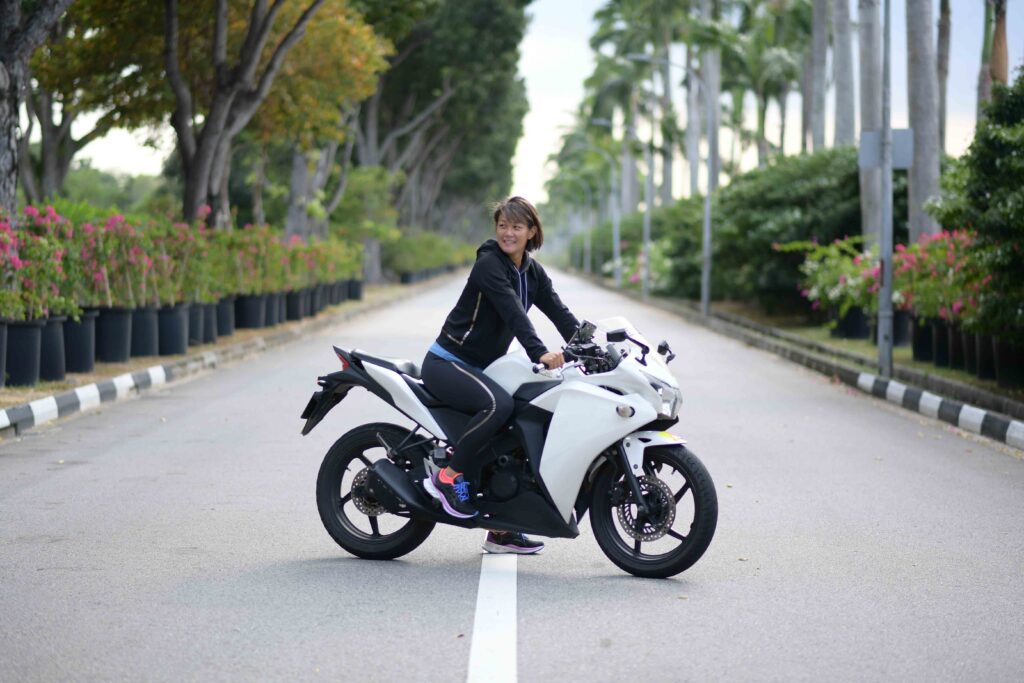 What I learnt about riding a motorbike