After a record breaking season, Juventus, the most successful Italian football club in history, will bring their classic and attacking style to Singapore on August 16 to play a Singapore Selection side made up of the Lions and foreign stars from the S.League at the country’s new National Stadium located at the Singapore Sports Hub.

Organisers confirmed the match will go ahead after Antonio Conte’s in form men ended their campaign by recording their 33rd win of the season – and 19th out of 19 at home – at the weekend. They beat Cagliari (3 – 0) to finish the year with 102 points which is a new league record. The previous record of 97 was set by Inter Milan in 2007. 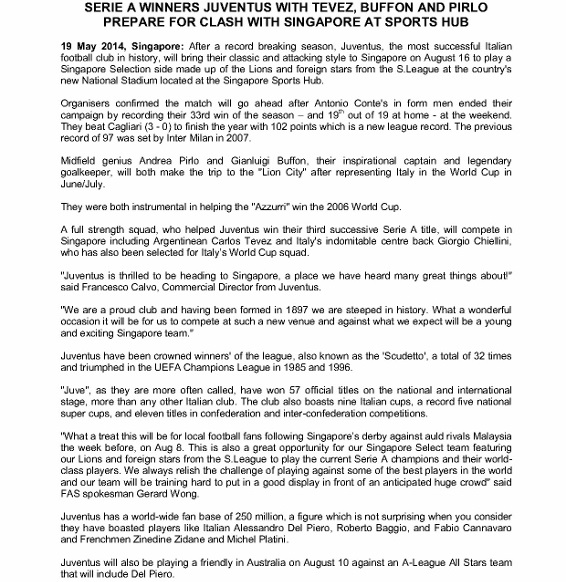 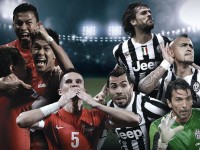 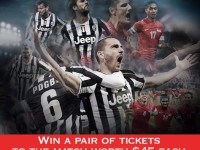