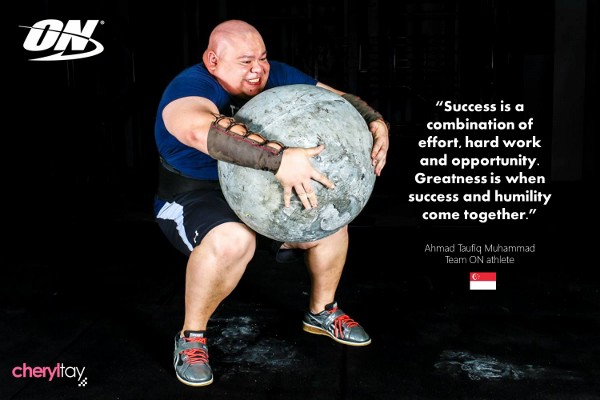 The last time I shot Taufiq, it was in a public area with him posing by himself. Passers-by were staring at him and it got him feeling a tad nervous, pushing him to become impatient very quickly.

This time, we shot him in his comfort zone – in the gym with all his “strongman toys”. Because we were doing all the lifts in one session, I couldn’t get him to do his maximum weights. Also, I had to keep reminding him to stand by the fan so he wouldn’t perspire too much and ruin his make-up!

It was so much fun and Taufiq, although feeling like he had a really tough workout by the end of the photoshoot, enjoyed himself tremendously! Here are some shots from behind the scenes: 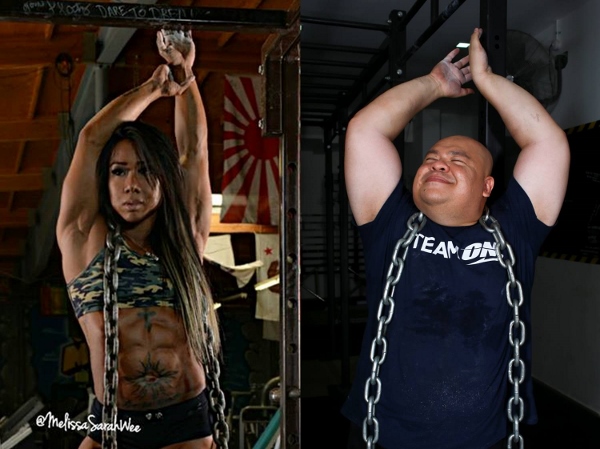 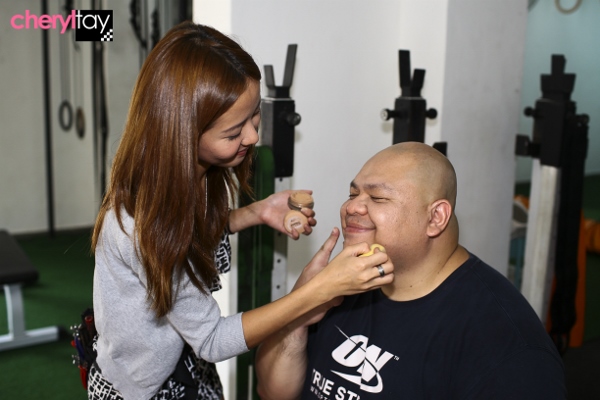 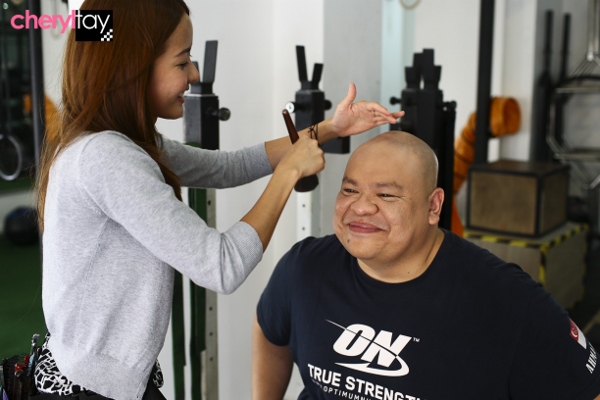 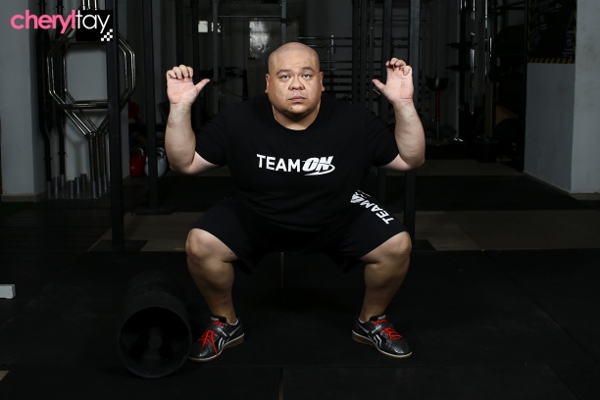 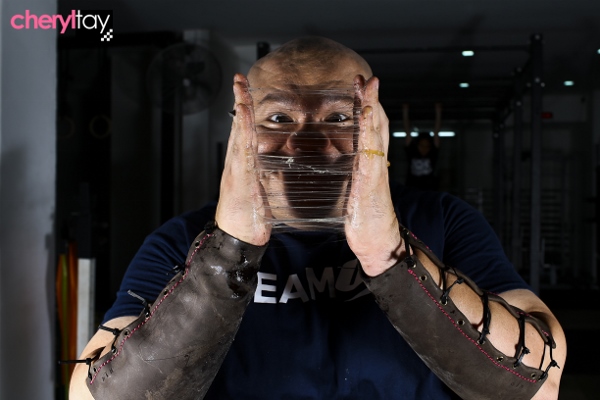 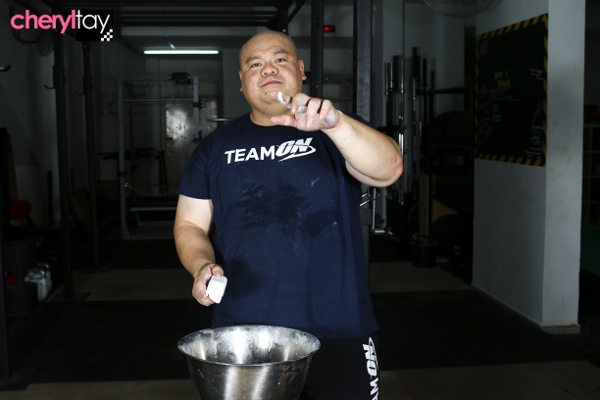 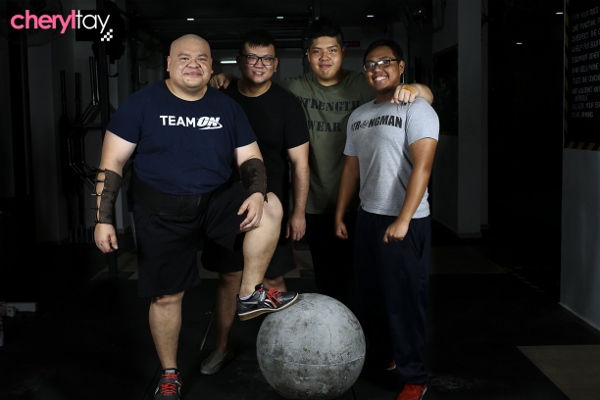