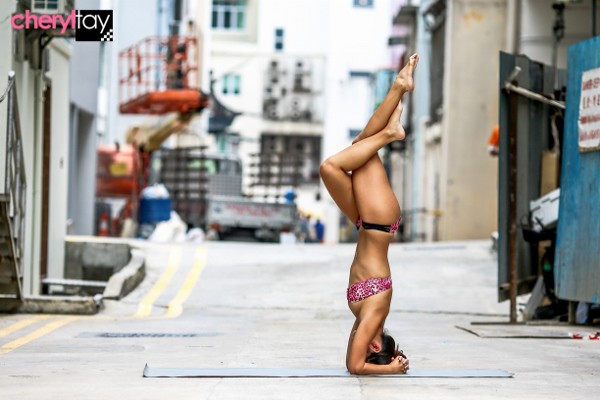 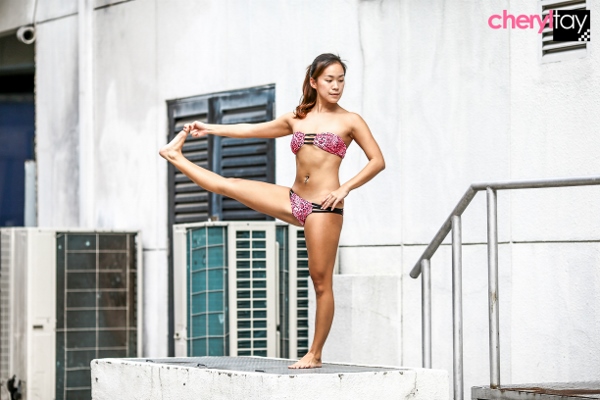 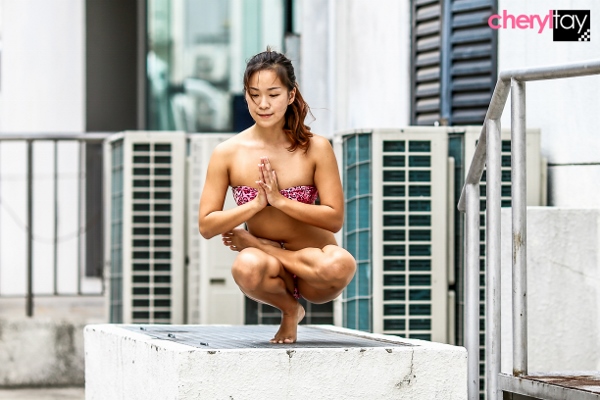 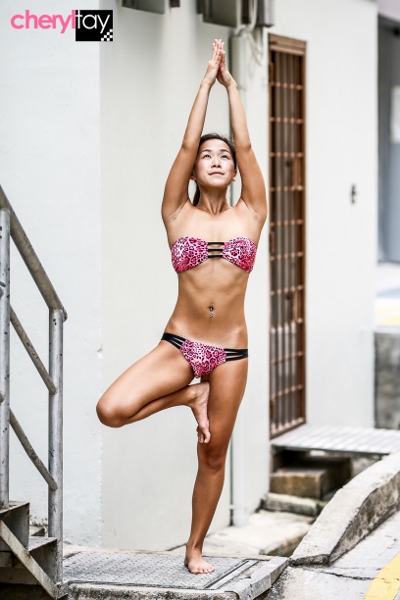 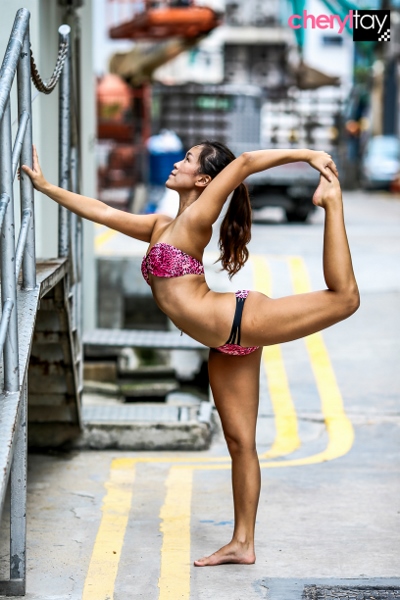 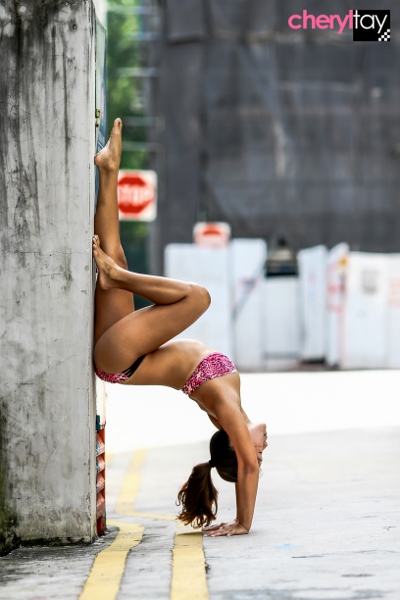 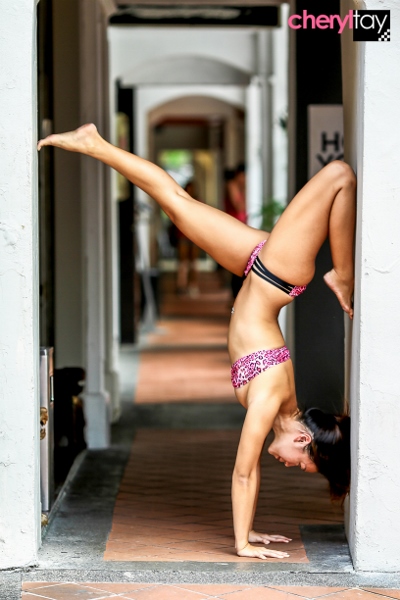 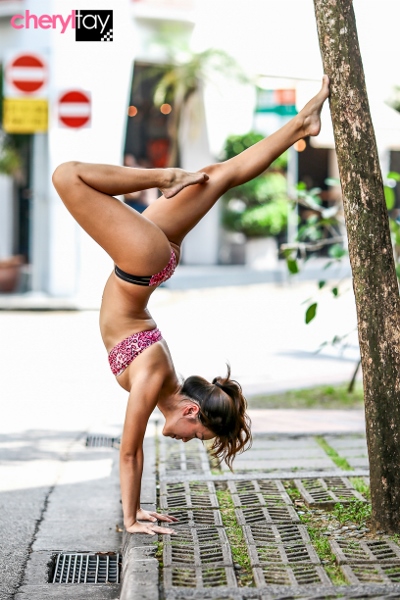 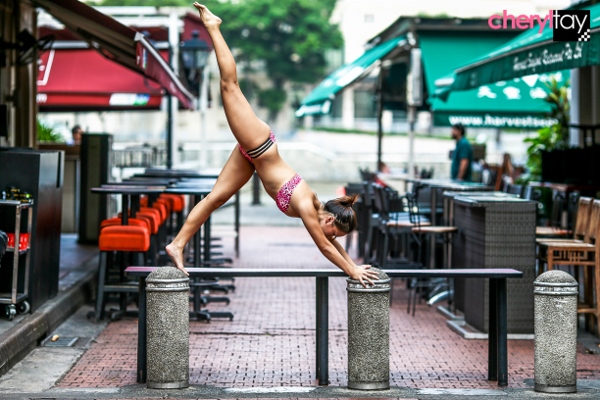 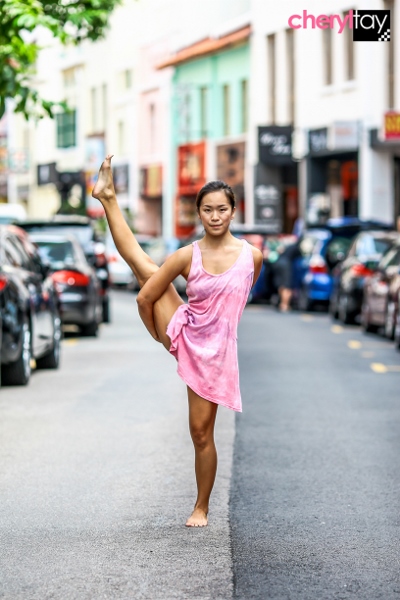 It was entirely Roxanne’s idea to do yoga in the streets; something she said suits her personality a lot, as opposed to just striking up poses in the studio. I’m glad we did this Yoga in the Streets series, running around alley after alley in search for ‘holes’ and corners for her various poses. I have to say though, credit goes to her for very gamely stripping down to her bikini in the middle of alleys surrounded by construction workers. “It’s ok, I don’t care,” she would reassure me repeatedly.

I am in love with this #YogaintheStreets series, which later inspired me to do the #YogabytheSea series with Sandra Riley Tang, Narelle Kheng and Erica (coming soon!). Read more about Roxanne’s relationship with yoga on Yahoo’s Singapore #Fitspo of the Week.