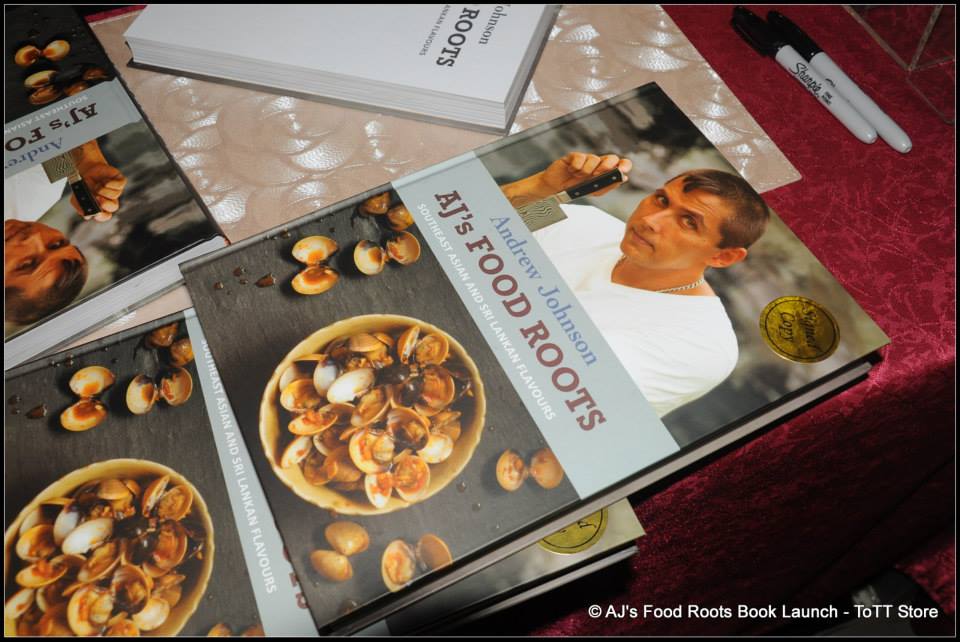 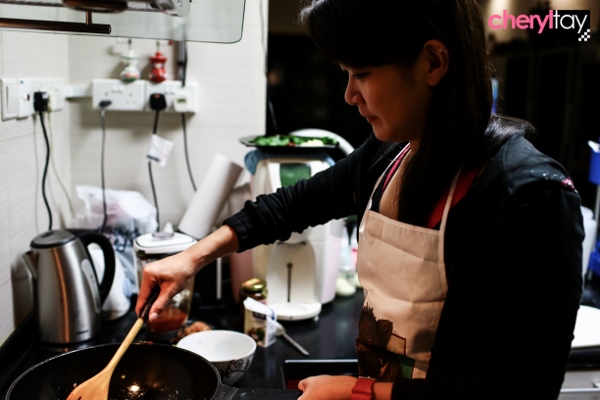 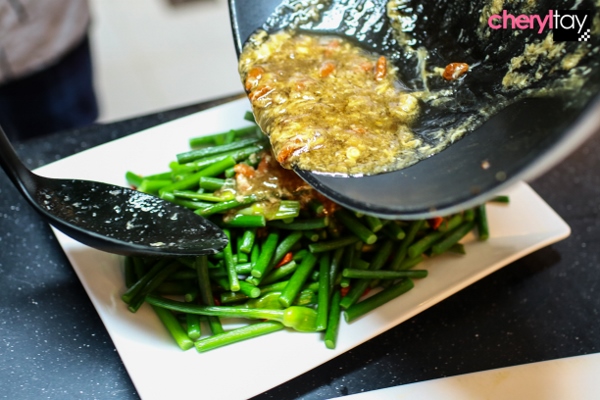 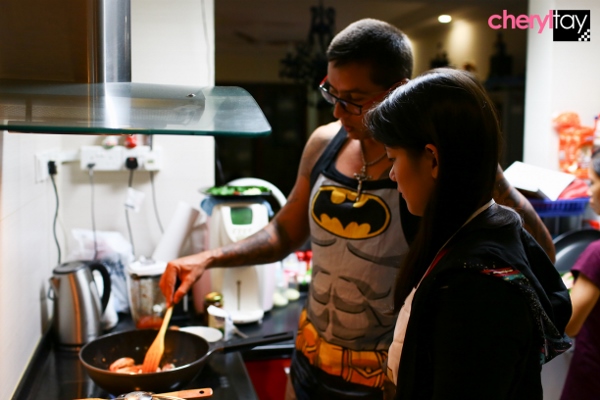 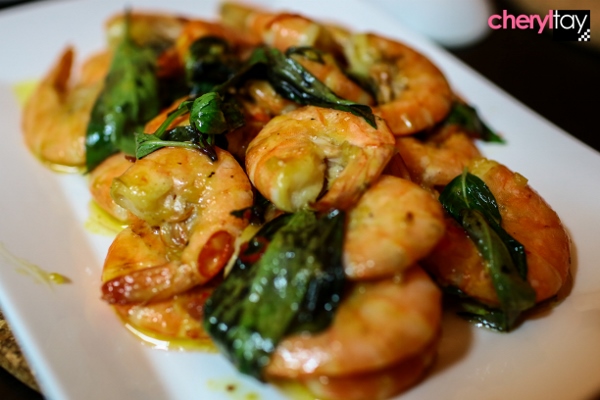 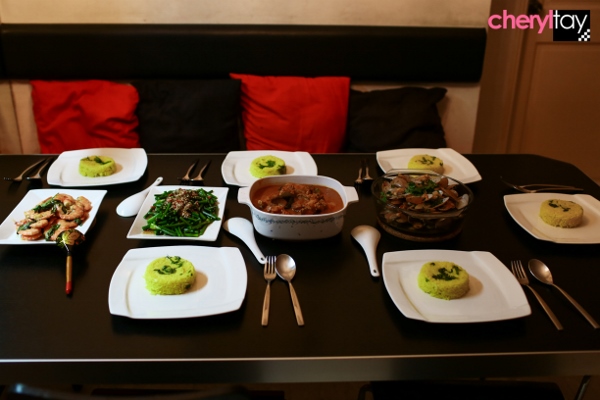 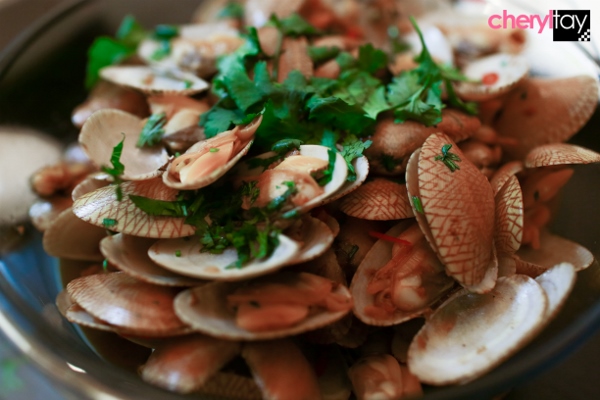 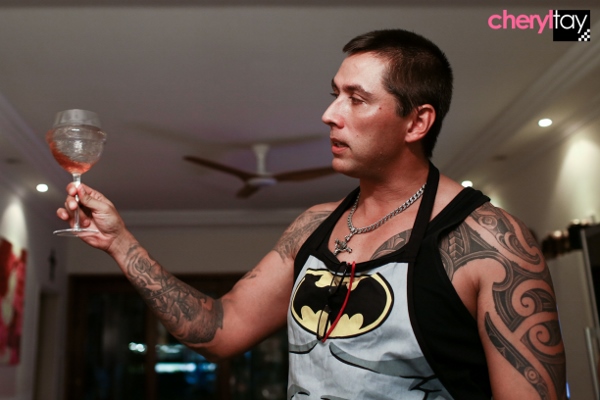 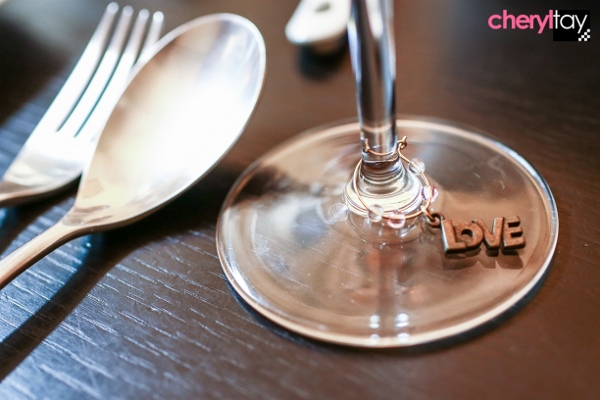 Andrew Johnson (AJ) first approached me to pitch a story about his wife Barbara Chng who entered the sport of bodybuilding at the age of 40 with two kids in tow. From that interview, we became friends. He later released his first cookbook, AJ’s Food Roots, but I wasn’t in town for the launch so he invited me for a personal tasting session!

There’s a twist to this though. I WAS TO COOK!!!

I’ll be honest here; I can’t cook. Ok maybe I can fry a few eggs, but that’s about it. When AJ told me I was to try my hand at cooking some of his dishes, I was really apprehensive and reluctant. There were six of us adults at the dinner and I didn’t want to ruin the food! I didn’t have a choice though, and AJ put me through the “simple” steps of frying up the prawns, vegetables and mussels. He explained a whole load of stuff about the fire and the heat and the timing but I cannot remember a thing. Oops.

Bottomline, everyone enjoyed the food “that I cooked” (What lies. AJ prepared everything and I just finished it up.) and I was really touched that he arranged for this dinner so we could all catch up over wine and his yummy dishes. These four dishes were from his recipe book that basically features his signature dishes – that burst with Southeast Asian and Sri Lankan flavours – created in his own kitchen.

Hailing from Penang, AJ is of mixed heritage – his dad is British with a touch of Burmese, whilst his mother is of German and Dutch heritage from Sri Lanka. With so many cultural influences, AJ has been experimenting with the different flavours and spices to create his recipes. He is reputed for his precision for detail and his passion for Asian spices which is adeptly brought out in his cuisine.

AJ is also the founder of Ayden Wines, a specialty wine importer and distributor of world class Tuscan wines from the wineries of Marco Bacci. He opened up a few bottles of wine to pair with his food – Chianti Classico, Rose and Morellino – and AJ is able to expertly recommend what wine goes best with the food. 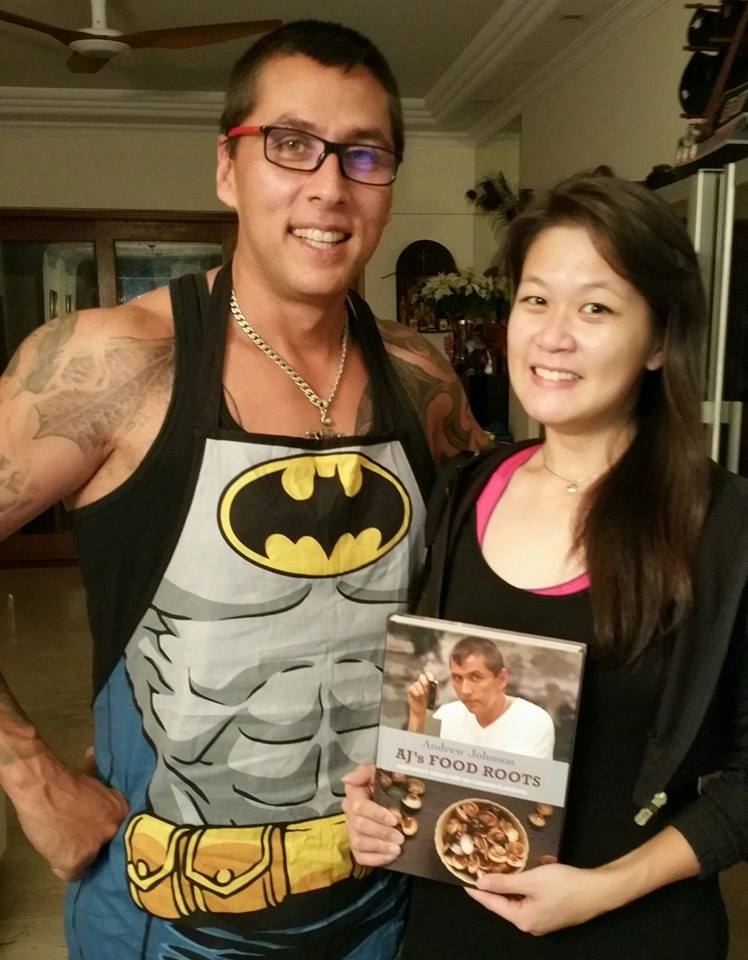