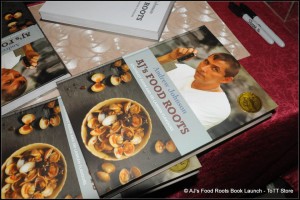 Andrew Johnson (AJ) first approached me to pitch a story about his wife Barbara Chng who entered the sport of bodybuilding at the age of 40 with two kids in tow. From that interview, we became friends. He later released his first cookbook, AJ's Food Roots, but I wasn't...