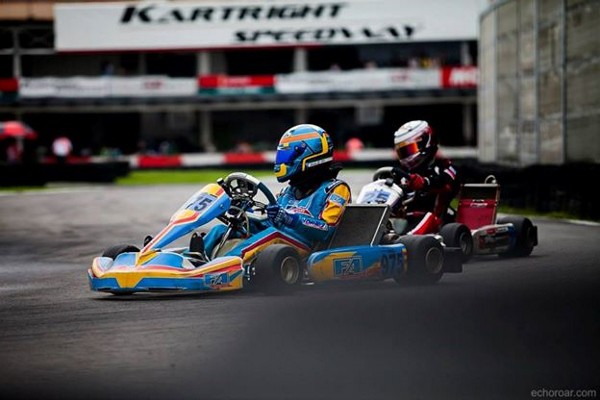 From finishing last in his first race at the Singapore Karting Championship (SKC) 2013 Round 1, Arvin Navid Esmaeili has improved quickly over the course of one year to win his first race at SKC 2014 Round 2 last Saturday. The 16-year-old Swedish (with Iranian blood) BMS Racing driver beat hot favourite Gabriella Teo by 0.106 seconds in the 20-lap Senior final.

The usual rivalry was going on between Gabriella and Yeo Hong Yang, both of whom are team-mates. Gabriella won the first round by a very tight margin of 0.141 seconds, taking the chequered flag with Hong Yang right on her heels. Round 2 started with rain and it was wet all the way (qualifying, heats and pre-final in the wet) except the final which was dry. Hong Yang was fastest in qualifying and the heat, with Gabriella and Arvin in tow, but it was Gabriella who won the pre-final. 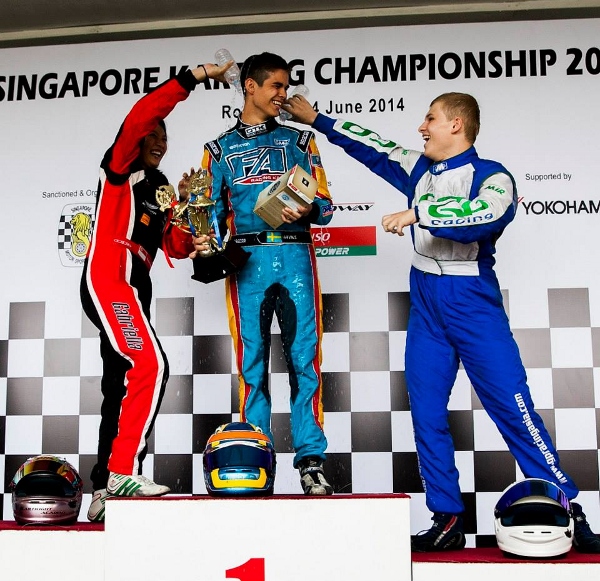 She started on pole in the final but hit a wet patch at Turn 2 and ran wide, losing the lead to Arvin. For the rest of the 20-lap race, she just couldn’t get past him and it was a close fight to the chequered flag. Hong Yang unfortunately had his engine seized and dropped out of the running.

Commenting on his win, he said, “I feel great that I finally won! I knew that if the conditions of the track in the finals were dry I had a big chance of winning. Of course it wasn’t going to be easy and it was very stressful after I took the lead after the first two corners. I had to spend the next 20 laps defending!”

A fan of cars and Formula One, Arvin always wished for his own kart. His wish came true and he started driving race karts in 2012 after Chinese New Year. His first race at last year’s SKC saw him finish dead last, but he wasn’t too disappointed and continued to work at his race craft. He loves everything about karting, including the downs because “without the downs the ups aren’t as great”, he added.

Although he races hard against Gabriella and Hong Yang, all of them are friends off the track. “All the people I race against now are very good friends of mine. I talk a lot to most of them even when we are not at the track. When we are at the track, we always talk and have fun,” he said. 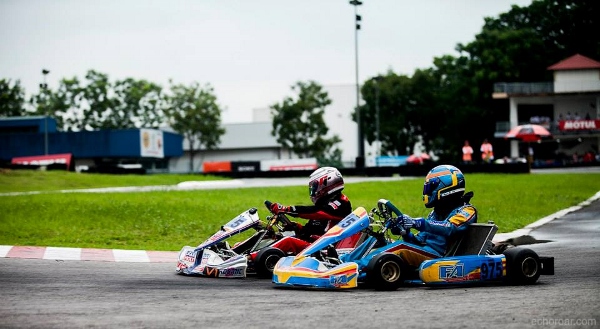 “If something happens on track I’m quite sure we all understand that it is going to happen in the sport we are in and it is very hard to avoid. I therefore think (actually I’m quite ever certain) that if something happens on track my friendship with my competitors will not be affected in anyway at all. I don’t really get angry because I understand that everyone has the desire to win. If I do get angry on track one day though, I will try to convert my anger into speed rather than aggression.”