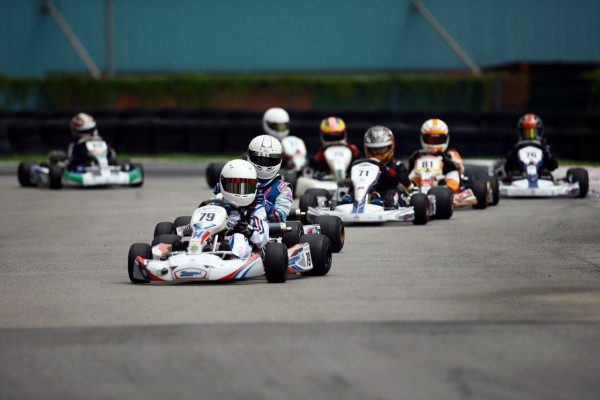 The fifth season of the Singapore Karting Championship (SKC) will be held entirely at Kartright Speedway, the only permanent go-kart facility in Singapore at the moment. When the SKC was first held in 2010, it was organised by the Singapore Motor Sport Association (SMSA) with title sponsor Nescafe.

Havelock Speedway then took over for the next three years as organiser and promoter of the SKC, which still remains sanctioned and officiated by the SMSA. During this period, AutoInc came on as title sponsor and the series went to new venues such as the F1 pit building and the temporary Changi Karting Circuit (CKC). Last year, the SKC was held at CKC only.

For the 2014 season, the SKC is back in the hands of the SMSA. There will be five rounds of a one-day competition format, except for the last round which will be held in conjunction with the Asian Karting Open Championship. The SKC 2014 kicks off next Saturday, 17 May! 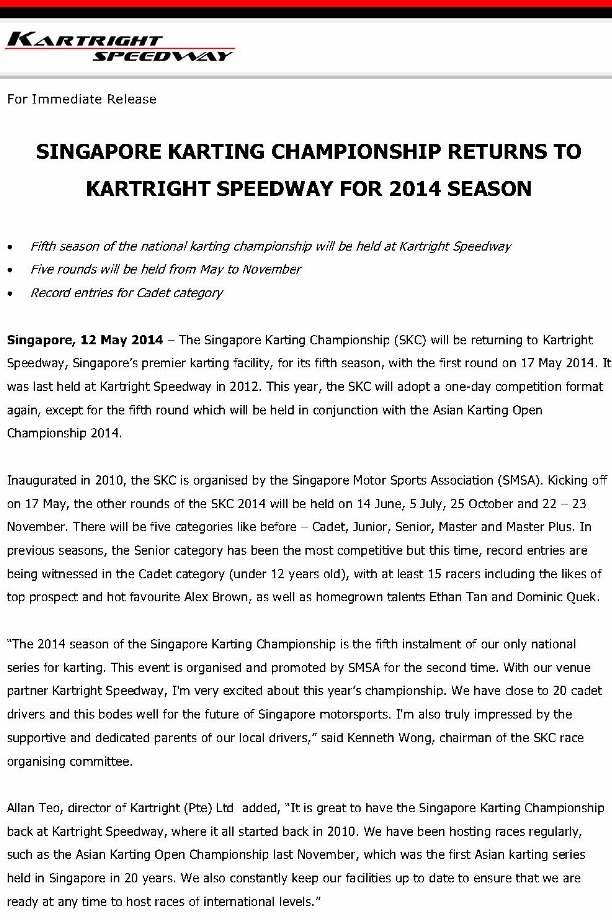