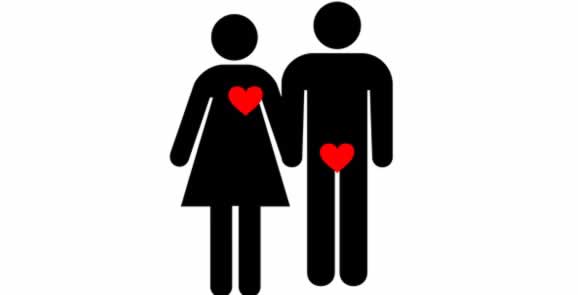 What I learnt about men

If you know me personally, you wouldn’t describe me as a typical girl. I’m always dressed in workout clothes, I laugh loudly, I do not hesitate to curse and swear if something angers/startles/upsets me, I don’t own a pair of heels at all (if you ever see me in them they are usually borrowed), I get called ‘Bro’ all the time, I don’t know how to put make-up or cook, etc. BUT I have a redeeming thing about me that proves I’m thoroughly girl – I love Hello Kitty and PINK! Well, not surprisingly, I am attracted to male-dominated sports such as motorsports, photography, weightlighting/bodybuilding and now mixed martial arts. It’s been seven years since I’ve been in a male world and here are some observations I made about men in general:

1) When he wants time to himself, it doesn’t mean he does not love you.

At the end of a long day of work or training, he just wants to have a nice shower and some peace. Bombarding him with questions and lots of chatter the moment he comes through the door may not be such a wise idea. Also, men have a tendency to withdraw into their own ‘caves’. This is when they want time to themselves, to think things through and have some quiet. This is not ignoring you and it doesn’t mean you did anything wrong. Just let him be and he will come out of his ‘cave’ when he’s done. The more you bang on his ‘cave’ and force him to come out, or keep asking what’s wrong, it will make him want to stay in that ‘cave’ longer.

2) When you share things with him, tell him up front if you just want a listening ear or if you want advice/solutions.

Some girls tend to get upset when they tell their partners something and they in turn offer a solution on what to do. Most of the time we girls already have the answers and we just want someone to listen, so tell him that you are affected and just want to talk. However, on occasions where you really need a solution, tell him straight up so he can help you analyse.  Just remember, when men are presented with problems, they tend to naturally think of solutions.

3) He doesn’t really care about what happened with your friends, eg. A broke up with B because B went out with C without telling A.

Sometimes we have a habit of telling our partner everything, including what A bought for B and how C is being mean to D. However, the truth is, they don’t really give a sh*t unless it involves their buddies or if they will get affected by what happened. Otherwise, it will just go in one ear and out the other, so don’t get mad if he doesn’t remember you telling him. 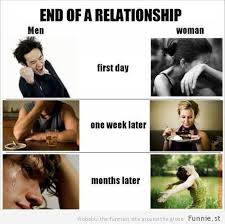 When you first break up, the girl usually starts crying first, sending emo messages and hiding at home, while the guy might be out with his friends. It’s not because he got over it so soon, but he just doesn’t want to think about it for now. A few days later, once he’s alone in the shower, it will hit him and men do cry too. It’s also a bit of a pride thing you know?

5) When they say a girl is hot, it doesn’t mean they want to sleep with them.

Don’t get angry when he comments on how hot that girl is. Guys are visual people and saying that that girl is hot does not mean they would like to sleep with them. It’s like us saying that bag is nice but it doesn’t mean we want it.

When he speaks, he already knows what he wants to say. However women tend to need to keep talking and sharing to eventually discover their point. Don’t try to force him to talk out the process of his thoughts – he doesn’t want to go back there anymore. He means what he says.

One way to do it would be to watch how you phrase your words. For example, if he forgot to do something, try saying “Dear, did we forget to pick up the washing machine?”, instead of “Why did you forget to collect the washing machine?” In the former, he will slap his forehead, feel apologetic and immediately get to it. However, in the latter, he will feel like you are accusing him and he might throw a retort back at you.

Also, sometimes you may already know the answer but he still doesn’t get it, just pretend you don’t know either. A man appreciates a smart woman but outsmarting him will make him feel inferior.

8) You need to tell him what you want exactly.