Top 8 most romantic places to visit in Italy 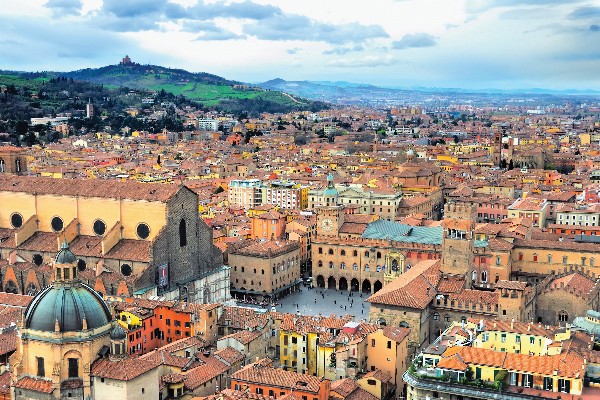 Italian men are known to be passionate lovers – Casanovas you know? And since we are in the mood for love today, here are 10 romantic cities of Italy that you must visit – as recommended by Giacomo Giamboi, a Trafalgar Travel Director since 2008 for Trafalgar’s regional trips throughout Italy.

Italy is a beautiful place, housing many UNESCO World Heritage Sites throughout the country. Giacomo knows Italy in and out like the back of his hand and Trafalgar prides themselves on delivering authentic local Insider Experiences to travellers, so I couldn’t think of anyone better to provide me with the content for this list. New to 2015, they are also introducing a range of Hidden Journeys, which will take smaller groups to less visited places off the beaten track.

What must you visit when you go to these cities?

The most popular attraction in Rome, the capital of Italy, is without doubt the Colosseum. Originally known as the Flavian Amphitheatre, the 50,000-seat Colosseum from AD 80 used to stage gladiator games. The top tier and hypogeum are open to public by guided tour only at €8 on top of the normal Colosseum ticket but must be booked in advance. Otherwise, just taking a mandatory shot in front of it is fine. Do go to the Roman Forum too, a plaza in the centre of Rome city, flanked by ruins of important ancient government buildings.

Also in Rome, Vatican City, the smallest state in the world, was built over the tomb of Saint Pete and there are 11 Vatican Museums with the restored Michelangelo’s Sistine Chapel and Vatican Gardens. Did you watch Angels & Demons the novel by Ron Howard? There are a couple of scenes shot there and because I watched the movie after I read the book and visited the place, I really enjoyed the movie a lot. 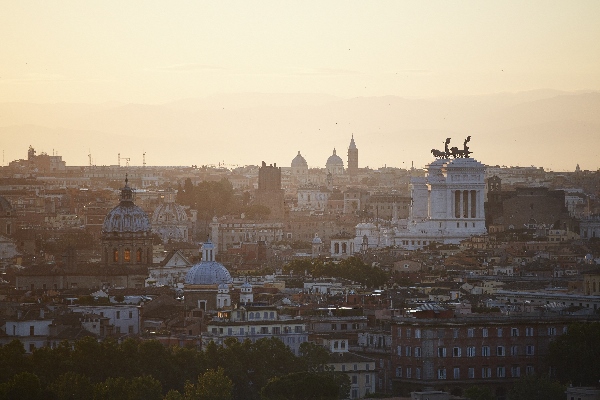 I’ve been to Venice, besides Rome and Florence, and Venice is a place you must go. This sanctuary on a lagoon is heavily visited by tourists but it is still a beautiful and romantic place. The most common thing to do there is to take a gondola ride down the Canal Grande – this is essentially the best way to explore Venice.

Il Ghetto (the Jewish Ghetto) in Venice is the area in which all Jews were forced to live from the 16th to the 18th century. Besides having a deep history, it is also one of the less crowded tourist spot in Venice so you can actually enjoy it with a nice stroll.

It’s hard to miss Burano, an island of Venice which is one of the most colourful places in the world. It is also known for its lace, thus lacemaking in Burano is a main craftsmanship attraction. 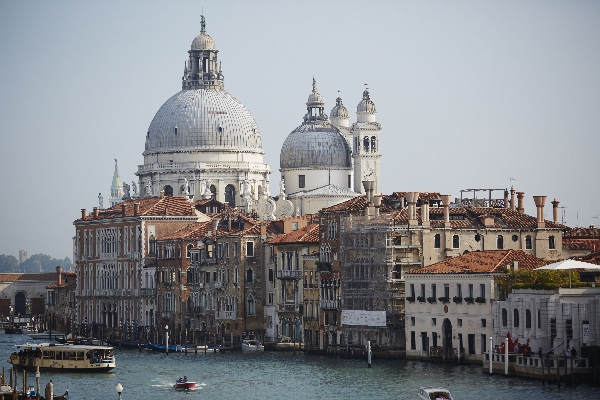 When I think Milan, I think fashion. This cosmopolitan financial city is the the “new Italy”, but however modern and forward looking it is, Milan still retains a lot of its historical meaning, such as the Duomo, one of the biggest and grandest Gothic cathedrals in the world, the Galleria Vittorio Emanuele, an ancient shopping arcade and the Santa Maria alle Grazie Basilica – a UNESCO World Heritage Site – which has one of the world’s most famous paintings, Leonardo da Vinci’s The Last Supper. 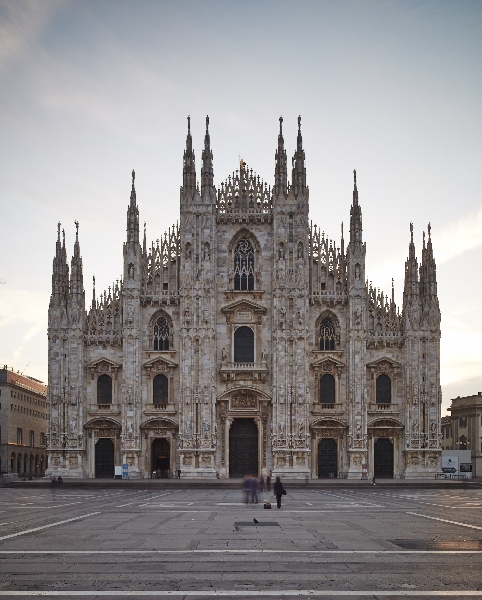 Florence houses some of the greatest artistic treasures in the world in its museums, palaces and churches. Giacomo recommends going to the Uffizi Gallery, one of the most famous museums in the world and the most visited besides the Vatican museums. Leading to Uffizi Gallery is the Piazza della Signoria, this L-shaped square in front of the Palazzo Vecchio. Near the square is also the Ponte Vecchio, a Medieval stone arch bridge over the Arno River. Oh, and how I can forget the famous David statue by Michelangelo, which is now located at the Galleria dell’Accademia. 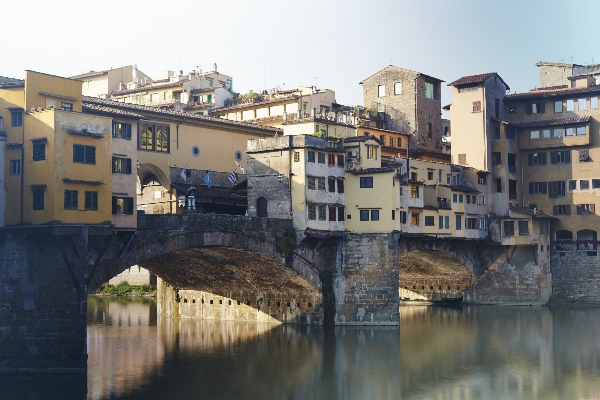 Giacomo describes Bologna as an “undiscovered city”,  a hidden treasure. This city is renowned for its culinary tradition and cured meats such as prosciutto, mortadella and salami, as well as this meat-based pasta sauce called ragù alla bolognese. There’s also a secret location that only Trafalgar has access to and obviously I cannot reveal what it is! 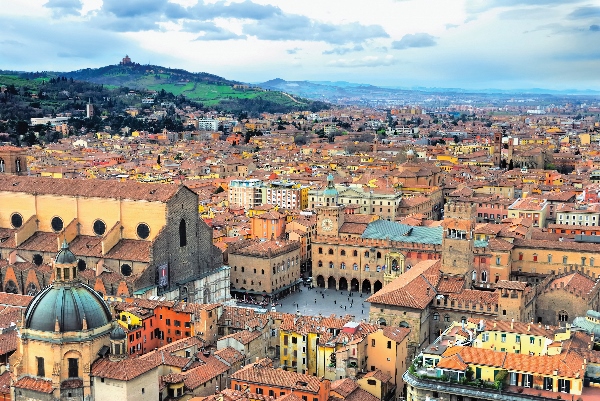 This is a super beautiful town that overlooks the Bay of Naples and it also holds many view points of Naples, Vesuvius and the Isle of Capri along the sea cliffs. You definitely won’t miss the Amalfi Coast, which is a stretch of coastline on the southern coast of the Sorrentine Peninsula. The two ports of Sorrento are main attractions of the place too – Marina Grande is the main port, while the ancient fishing port Marina Piccola is a smaller harbour. 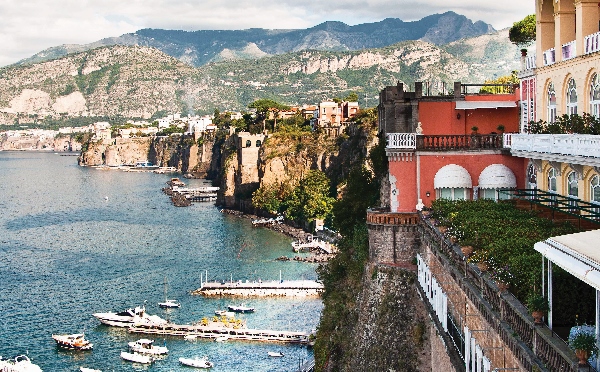 The historic centre of Siena is been declared as a UNESCO World Heritage Site and is a highly visited tourist attraction. The heart of Siena is its central square Piazza del Campo, which is famous for its Palio run, a horse race run twice every summer. 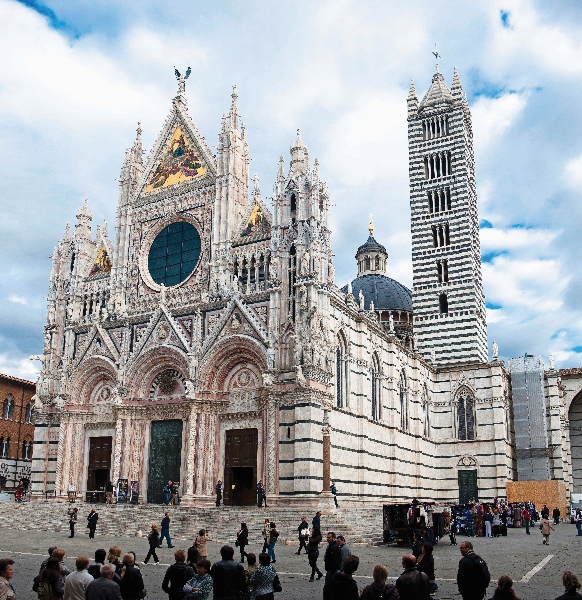 A charming hillside town on the east coast of Sicily, Taormina offers crazy beautiful panoramic views. Most tourists stay at nearby beach resorts of Giardini Naxos (below Taormina on the coastline) though. Do make it a point to go to Teatro Greco, an open-air  theatre with great views of the coast and across to Mount Etna.

Other cities you want to explore include Turin and Naples.