This Car I Call Mine 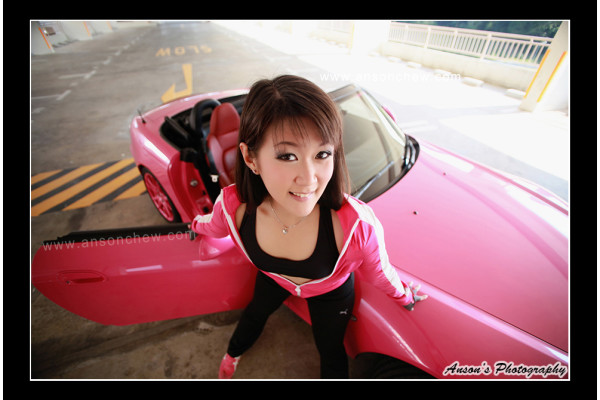 It’s been a while since I last wrote about vehicle modifications and how the authorities are not backing down on their efforts to clamp down on what they deem as illegal vehicle modifications. There have been many letters and appeals to the authorities from passionate individuals, but to no avail sadly. In fact, I heard that there may be even stricter regulations coming up, which might send the entire car enthusiast community into an even bigger uproar.

As a car enthusiast myself, I do have simple modifications to my car. Because it is a Honda S2000, people often ask “What have you done to the car?” But when I say I want to change the rims of the Mitsubishi Lancer for example, people ask “Why do you even bother? Save the money lah.” 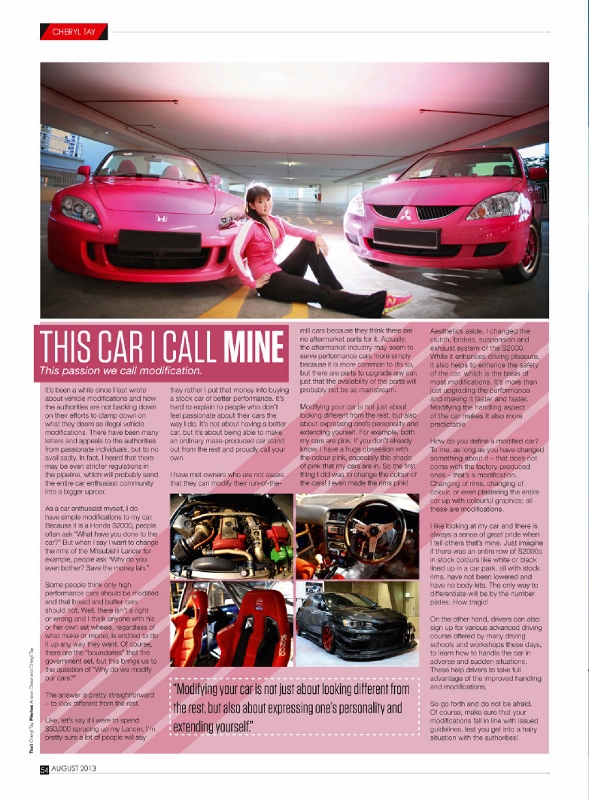 Some people think only high performance cars should be modified and that bread and butter cars should not. Well, there isn’t a right or wrong and I think anyone with his or her own set wheels, regardless of what make or model, is entitled to do it up any way they want. Of course, there are the “boundaries” that the government set, but this brings us to the question of “Why do we modify our cars?”

The answer is pretty straightforward – to look different from the rest.

Like, let’s say if I were to spend $50,000 sprucing up my Lancer, I’m pretty sure a lot of people will say they rather I put that money into buying a stock car of better performance. It’s hard to explain to people who don’t feel passionate about their cars the way I do. It’s not about having a better car, but it’s about being able to make an ordinary mass-produced car stand out from the rest and proudly call your own.

I have met owners who are not aware that they can modify their run-of-the-mill cars because they think there are no aftermarket parts for it. Actually, the aftermarket industry may seem to serve performance cars more simply because it is more common to do so, but there are parts to upgrade any car; just that the availability of the parts will probably not be as mainstream.

Modifying your car is not just about looking different from the rest, but also about expressing one’s personality and extending yourself. For example, both my cars are pink. If you don’t already know, I have a huge obsession with the colour pink, especially this shade of pink that my cars are in. So the first thing I did was to change the colour of the cars! I even made the rims pink!

Aesthetics aside, I changed the clutch, brakes, suspension and exhaust system of the S2000. While it enhances driving pleasure, it also helps to enhance the safety of the car, which is the basis of most modifications. It’s more than just upgrading the performance and making it faster and faster.

How do you define a modified car? To me, as long as you have changed something about it – that does not come with the factory-produced ones – that’s a modification. Changing of rims, changing of colour, or even plastering the entire car up with colourful graphics; all these are modifications.

I like looking at my car and there is always a sense of great pride when I tell others that’s mine. Just imagine if there was an entire row of S2000s in stock colours like white or black lined up in a car park, all with stock rims, have not been lowered and have no body kits. The only way to differentiate will be by the number plates. How tragic!

*This was first published in Rev. You can download the PDF of this issue here.