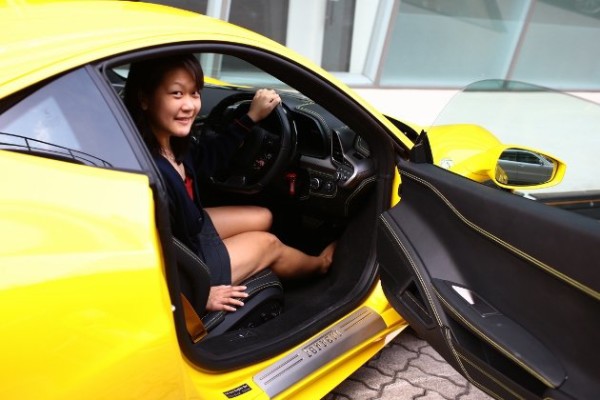 There are currently no active local car clubs – at least to my knowledge – that caters to females only. Although cars are deemed as a men’s hobby, many women out there who love their cars too. I feel there is a market for a car club or motoring association just for women.

My idea to set up one goes way back to 2009 when I put together a proposal for something which I named ‘Female Automotive Association Singapore’. This was the exact description I had for it then:

It was pretty exciting and I had the framework and operation model all written out. I wrote to the Singapore Motor Sports Association (SMSA) president then and he liked the idea, so we started a discussion of housing it under the umbrella of the SMSA. Coincidentally, the FIA formed the Women in Motor Sport Commission (WMC) around the same time. Since it shared similar objectives, I modified my proposal for WMC to be set up as part of SMSA.

The SMSA-WMC was formed eventually and I was a member for the first year. Thereafter, I pursued my own initiatives, including Ladies’ Night@Kartright, a series of ladies-only karting workshops and an all-women kart racing team for the OCBC Corporate Karting Challenge 2011.

At this point, I harboured the thought of putting together a ladies’ motoring circle where we will do the usual car club activities like Sunday breakfast drives and coffee catch-up sessions, but I had to shelve those plans as I couldn’t find the right people to join me.

It’s been six years now and I still don’t have the Women’s Club that I wanted, but that does not mean I will never have it. It is still something the market can host, but it needs to be more than just a gathering of like-minded women car enthusiasts. A straightforward car club is probably the first step I could take, but the overachiever in me will not be satisfied. There needs to be groundbreaking initiatives, regular activities and strong partnerships to drive the entire association forward.

Well, my proposal is still sitting in my hard drive and ready to be refreshed anytime. The ideas are there, the execution is immediate. I just need more faith and a solid team to back me up. One day, some day, you might just be reading about the inauguration of the Women’s Motoring Circle by Cheryl Tay.

*This was first published in REV magazine.