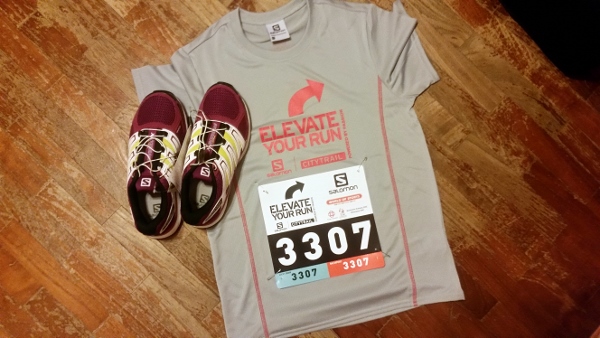 I don’t run trails often, but I was game to do the Salomon CITYTRAIL™ 2014 – Powered by PAssion held at MacRitchie reservoir on 25 May. I only ran MacRitchie once in my life and that was all the way back in secondary school when I ran for the cross country team. The cross country nationals are typically held there, but it moved to Sentosa and then Turf City when I was in junior college, so I don’t have experience running there. Still, I’m always welcome to running new routes so I found myself at 7am on a Sunday morning amongst 1,120 people at MacRitchie. I had the company of fellow blogger Carrie so at least I wasn’t alone!

This was us at the start line with sleepy faces: 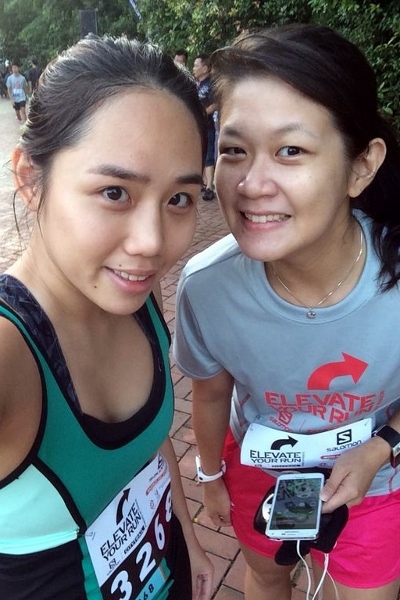 Organised by Moulmein-Kallang GRC and Whampoa SMC, the Salomon CITYTRAIL™ is part of a worldwide Salomon race series where runners are encouraged to find new running routes in their city. Mr Lui Tuck Yew, Minister for Transport, MP for Moulmein-Kallang GRC and Grassroot Advisor flagged off the run at 7.30 am and we went off into the woods for the first half of the 5km. Running on trails can be quite challenging, as you have to be sure of your footing as you run along slippery muddy paths, trip over tree roots and stumble over rocks, thus it is important to have a good pair of shoes. 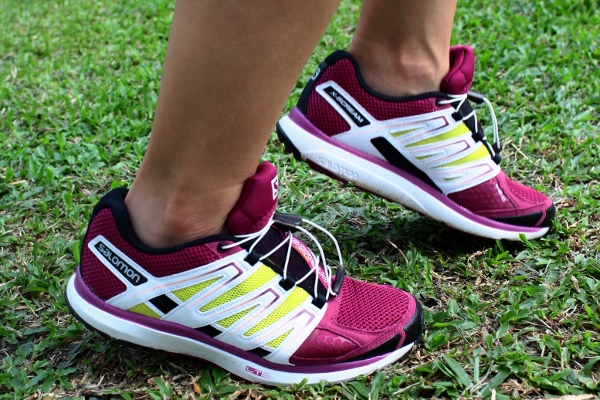 I had the Salomon X-Scream, a hybrid shoe which has the versatility for both pavement and off-beat tracks. It gave me the grip I needed (due to the Contagrip® outsole), preventing me from falling whenever I slipped on the mud. At the same time, it was also comfortable with its contoured foam footbed giving added underfoot comfort when we exited the woods onto the long stretch of pavement to the finish line. In addition, the LT Muscle midsole provides lightweight and flexible cushioning.

The Sensifit is a very unique feature too, as it stretches to fit your foot for a secure fit. As you run and your feet expand, Sensifit will stretch the shoe accordingly to keep the fit snug. The Quicklace system ensures the shoe is tightened properly and eliminates all possibilities of your laces coming undone during the run. 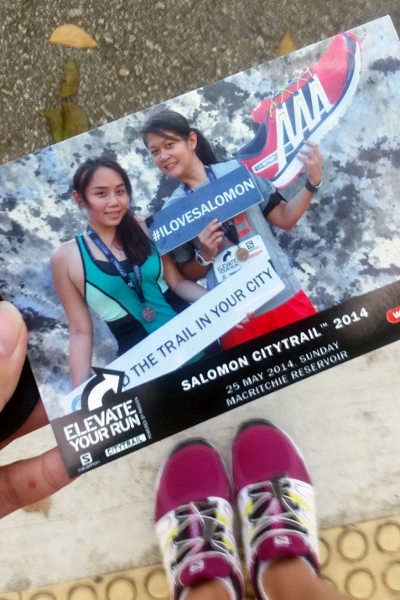 The uneven ground with lots of ups and downs through the dim woods was not as tough as I thought it might have been. There were no distance markers along the run, so I had to rely on my Runkeeper and Polar RCX3. I needed to know the distance as I run so I can pace myself better. The crowd was a good size, so there wasn’t a lot of pushing, shoving, or running in a start-stop manner. This made the run more enjoyable as I didn’t have to keep ducking left and right to try and overtake.

When we emerged from the woods, I was happy to be out in the sunlight but when I saw the long, winding pavement stretching out far ahead, I could not help feeling a pang of dread. But I just wanted to finish the run so I tried my best to avoid all distracting thoughts and just focused on completing the run. 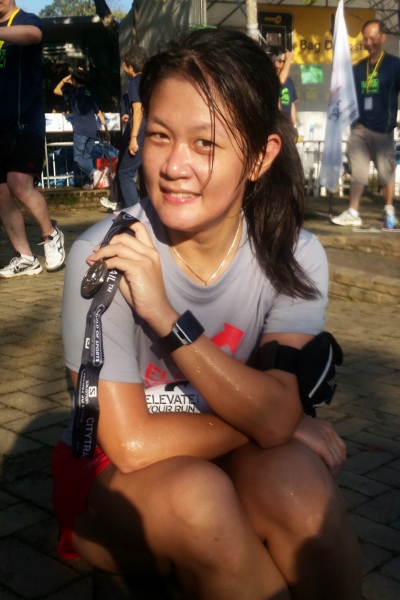 The official timings are not out yet (or at least I am unable to find them), but according to my various gadgets (I had the Samsung Gear 2 on me too), I did about 30 minutes for 5km. Not the best of timings on my record, but considering I haven’t been running the past two months (just doing a lot of weights), plus half the distance was in the woods, I think it’s a decent time.

We don’t always run on pavement or road, sometimes having to go off on grass patches or rocky roads, thus a shoe like the X-Scream is good because it gives you the flexibility to run wherever you want. The Salomon X-Scream can be found at all World of Sports outlets for S$189. 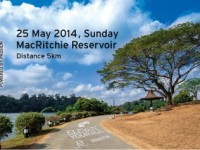