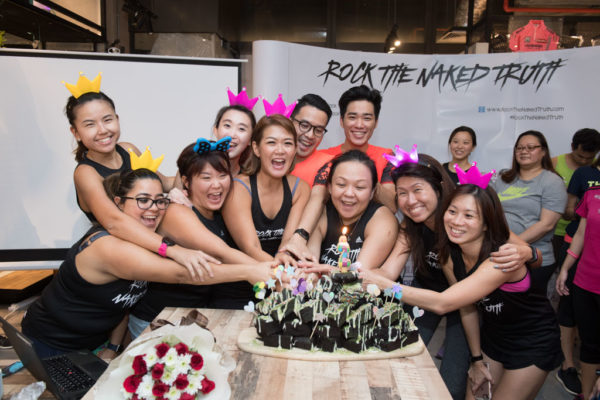 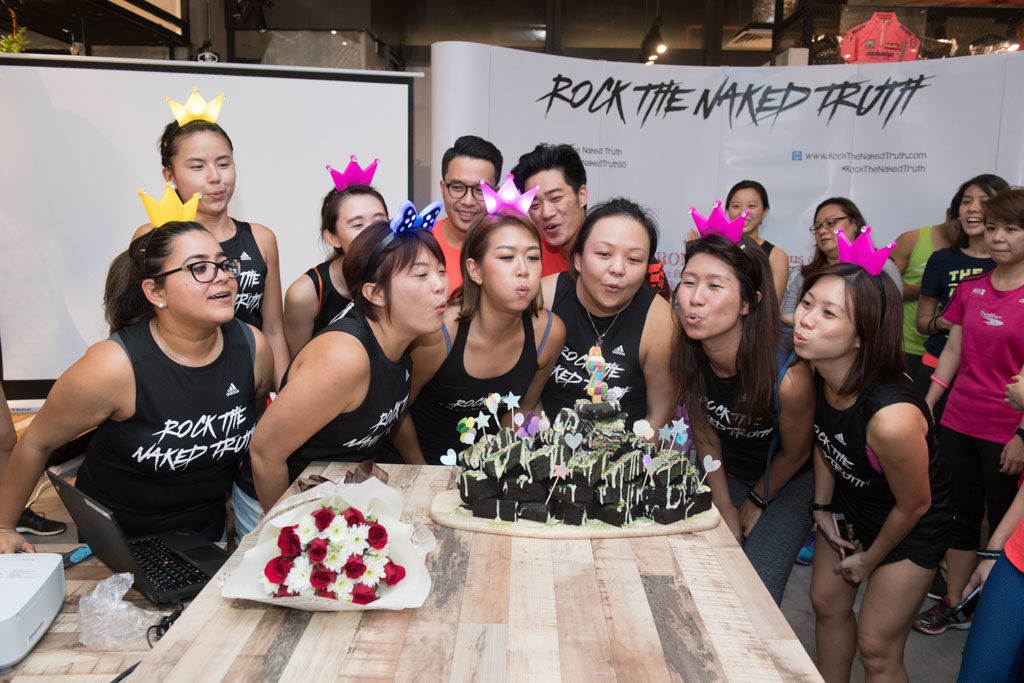 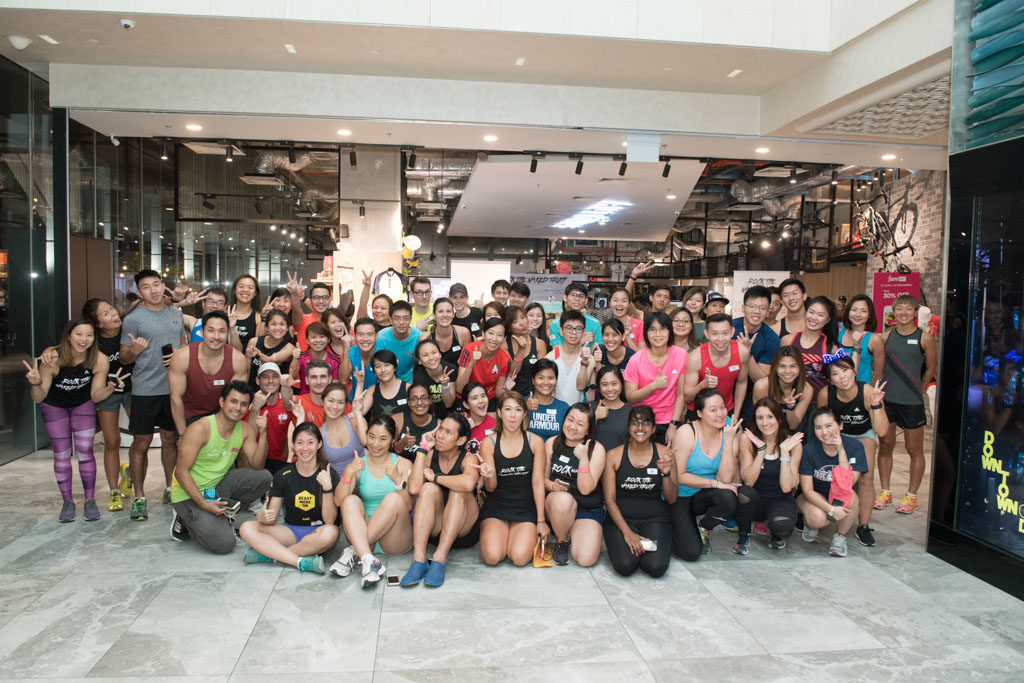 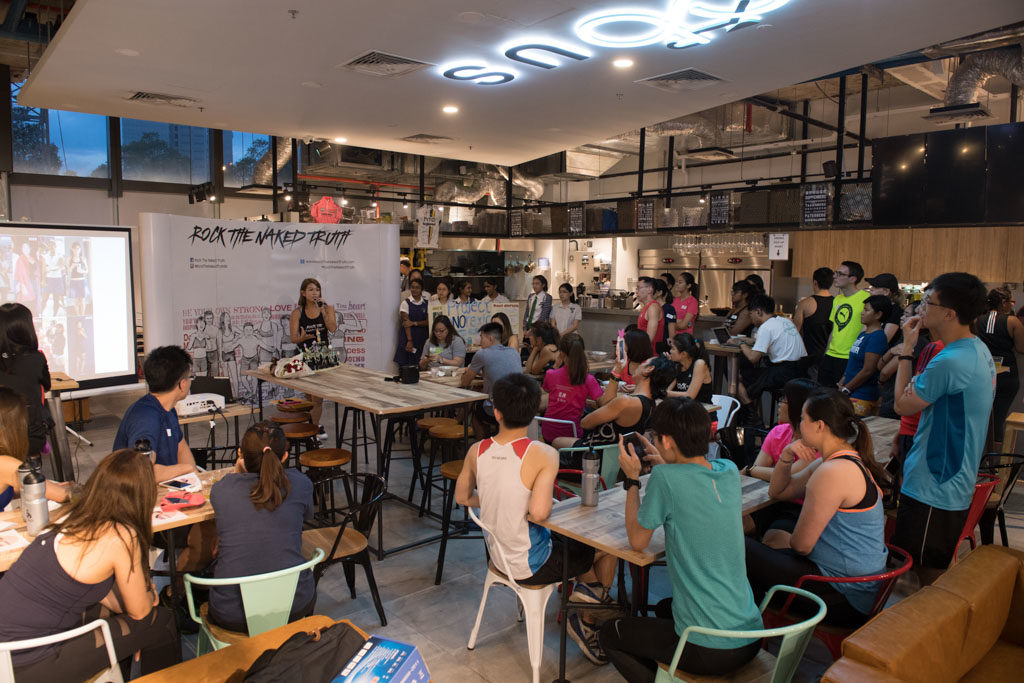 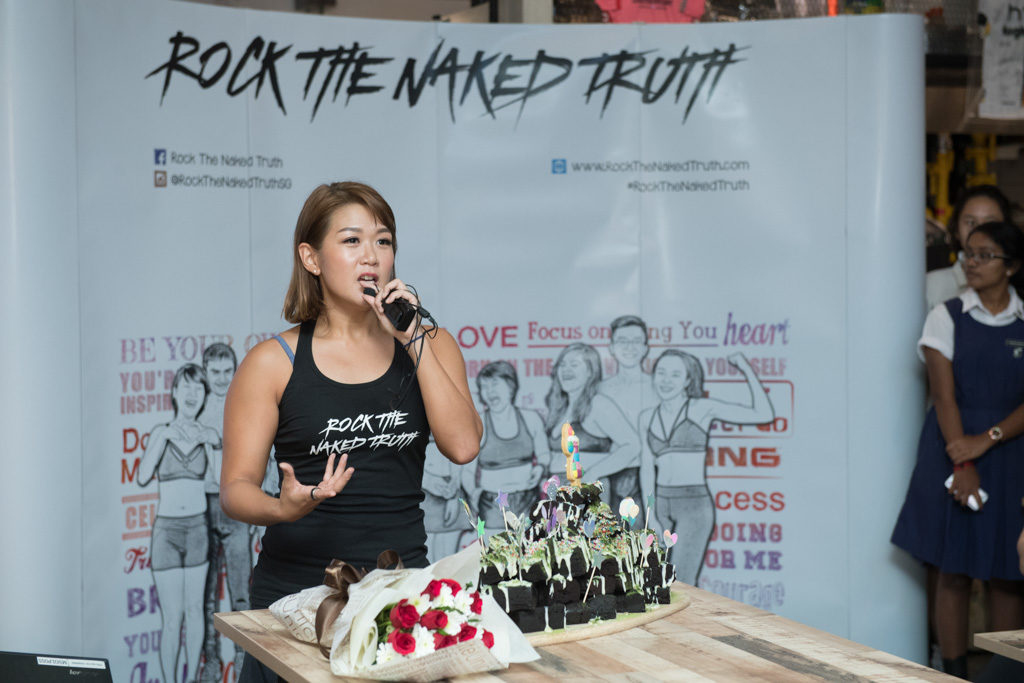 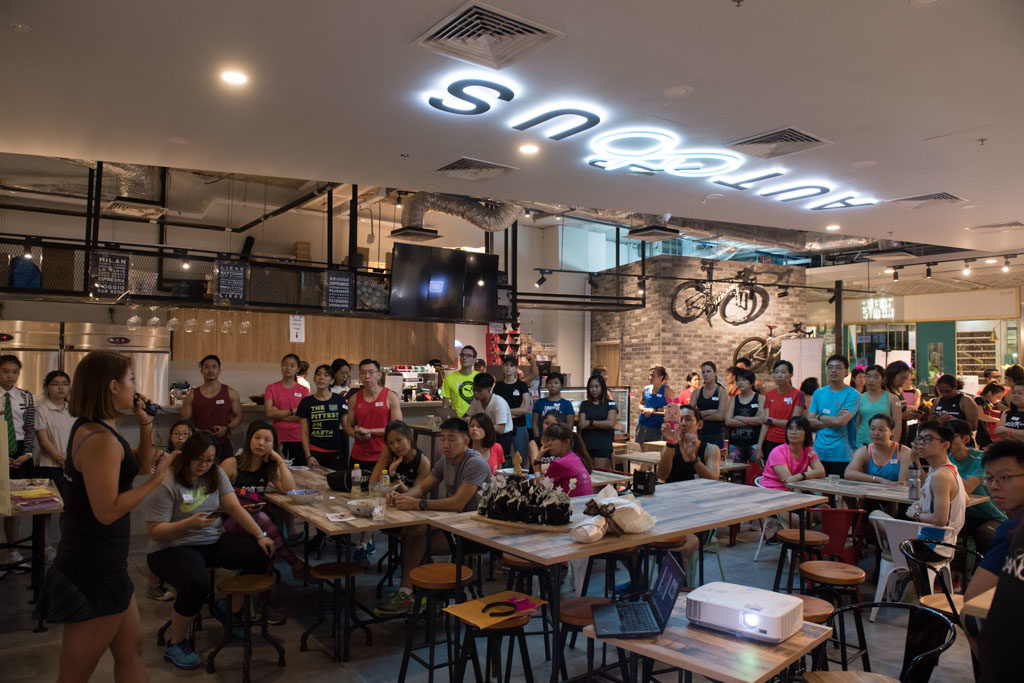 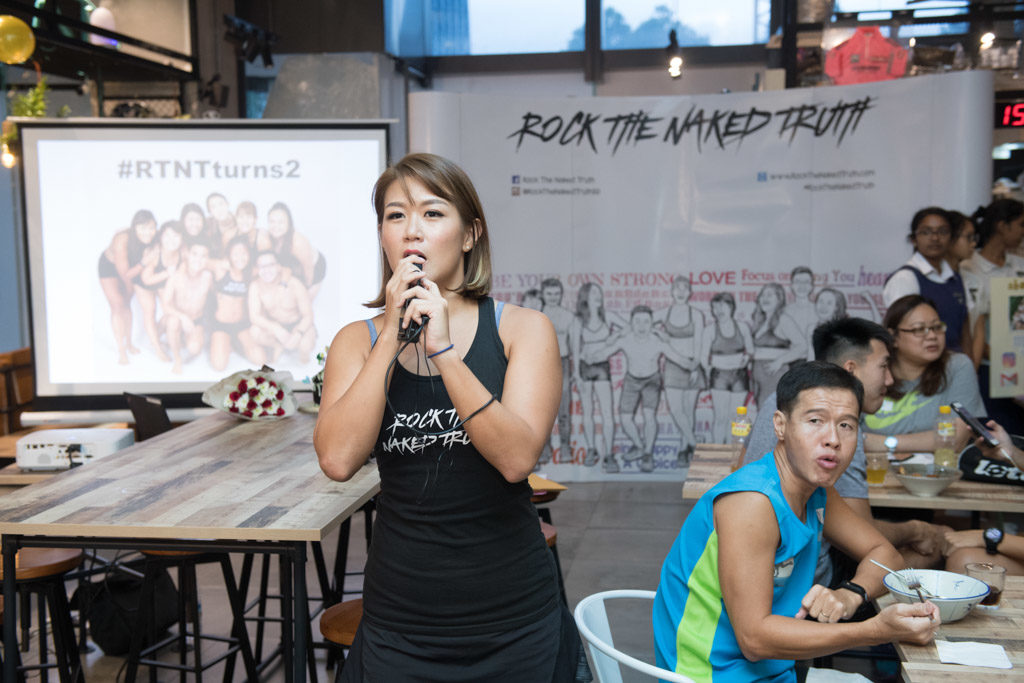 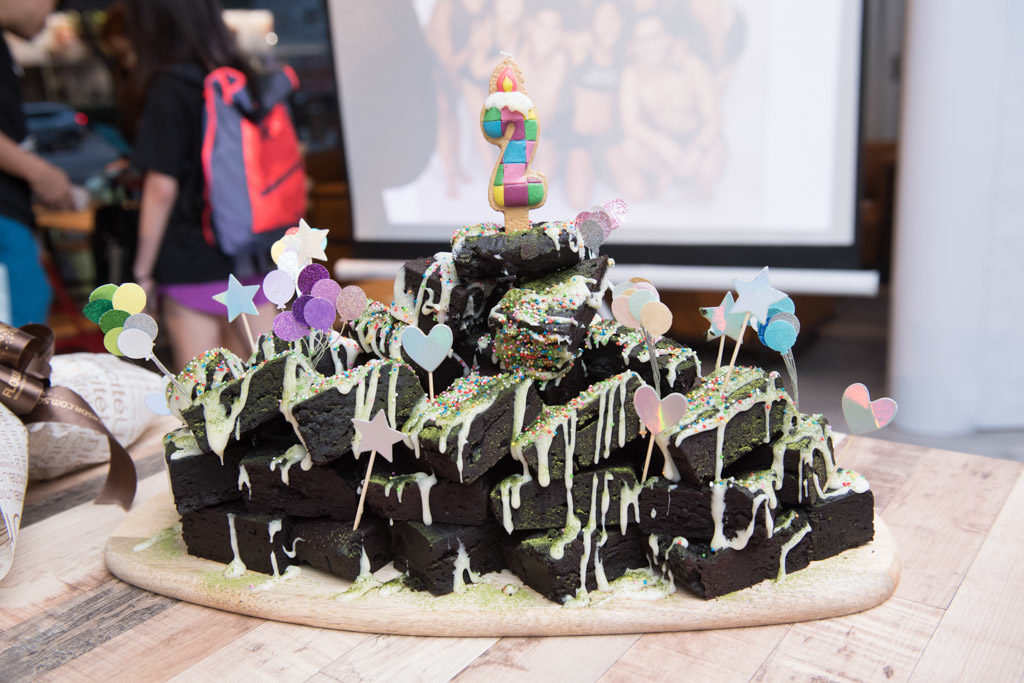 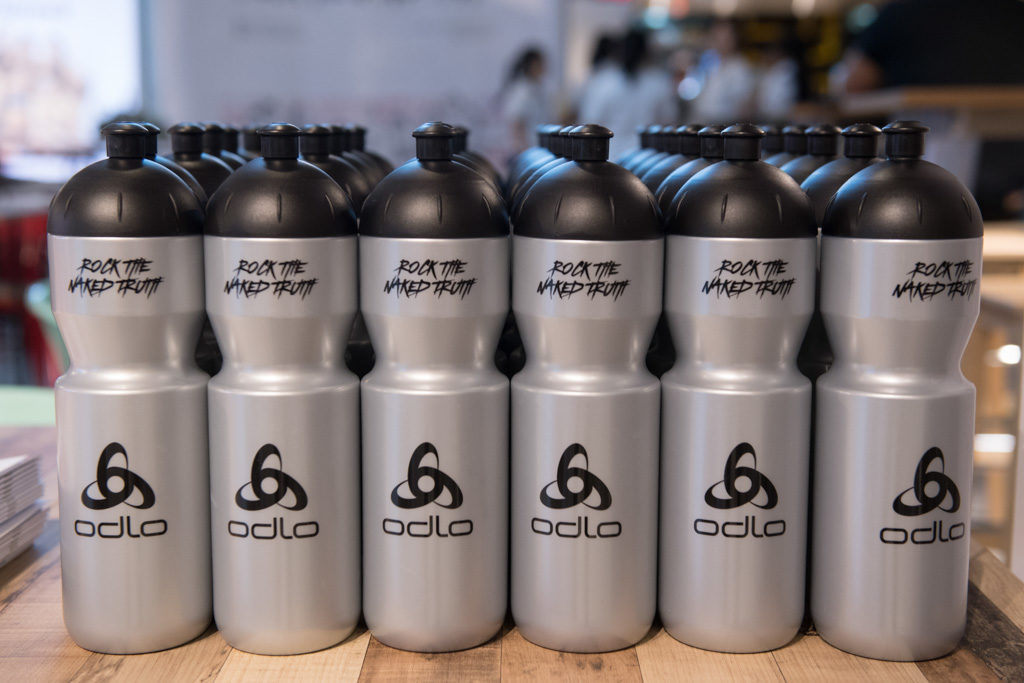 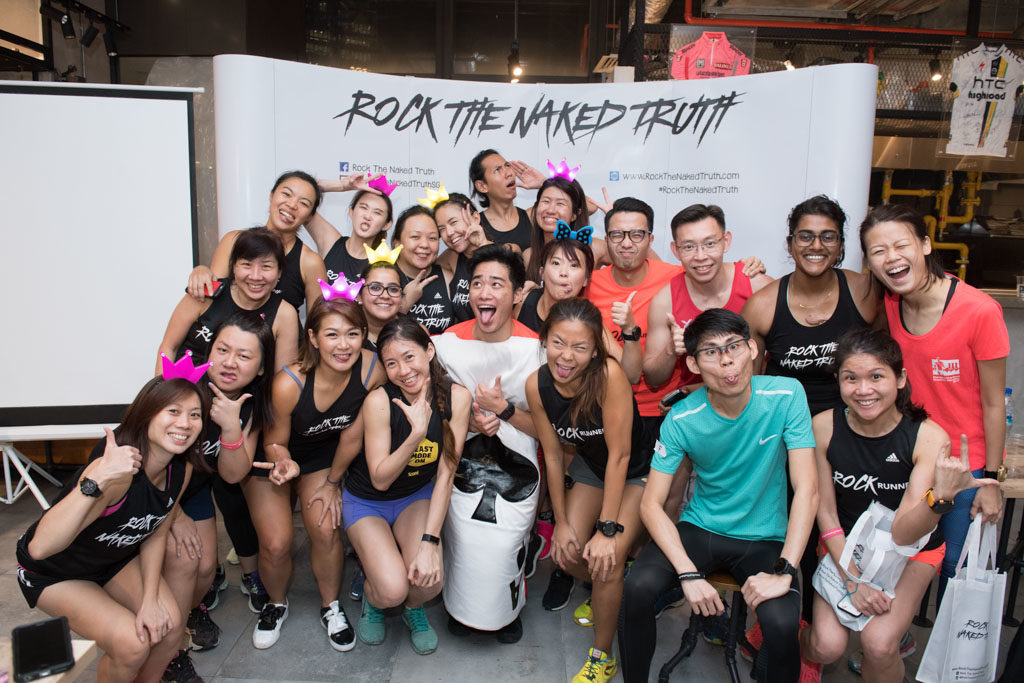 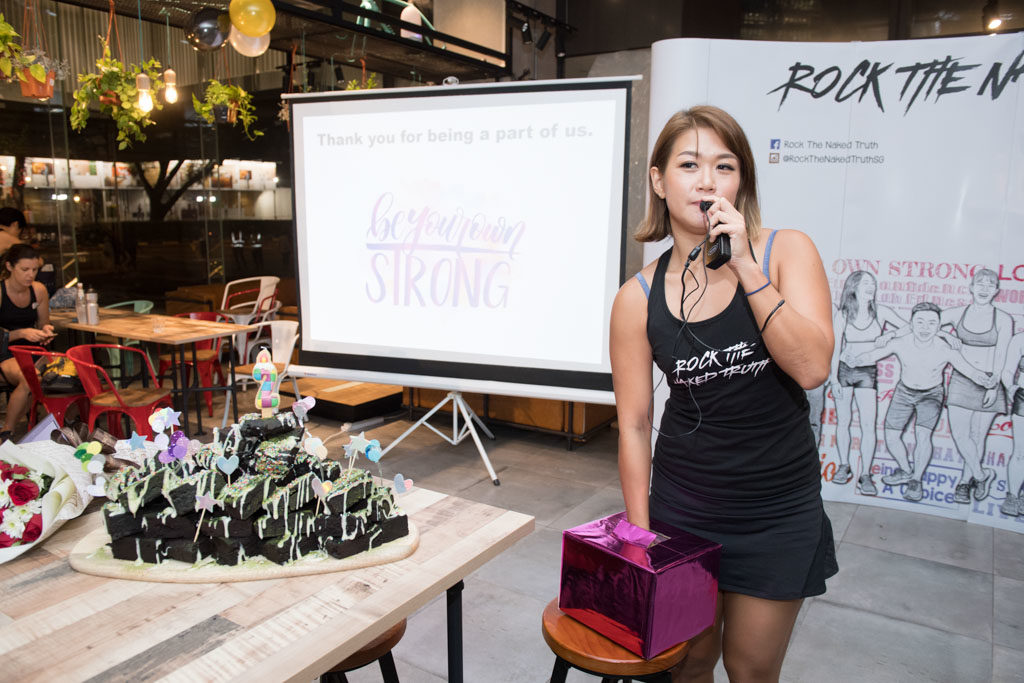 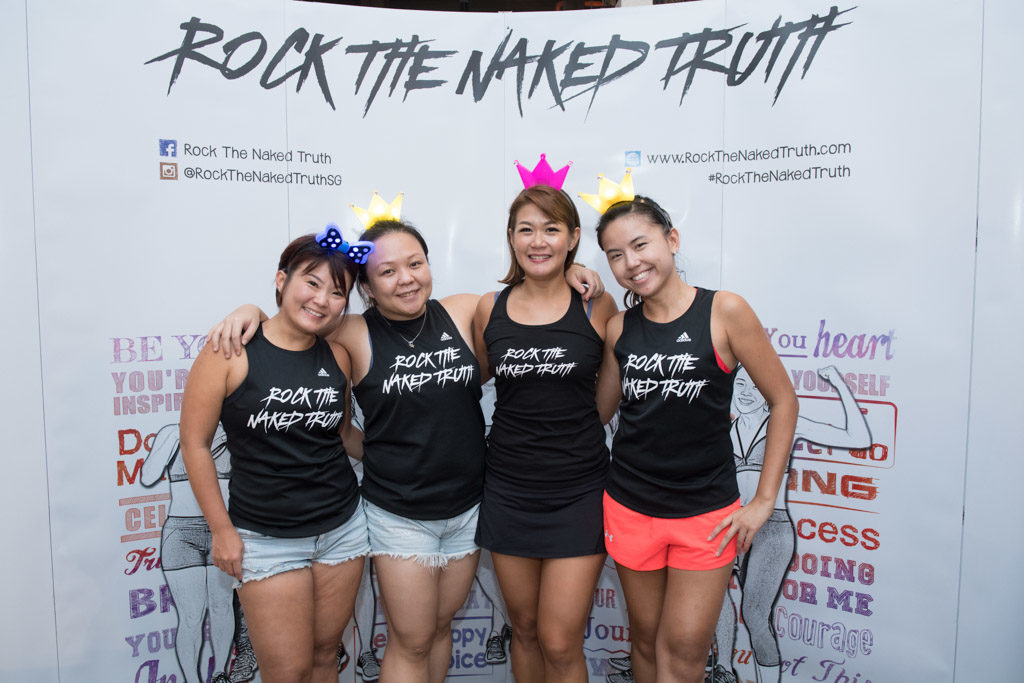 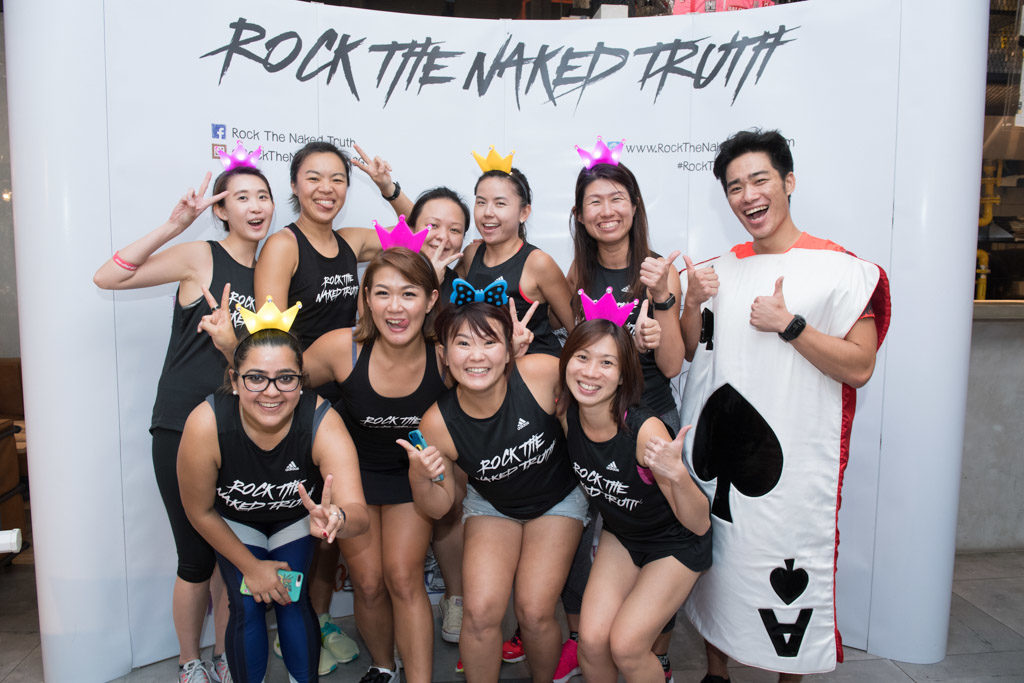 I actually wasn’t intending to have an event for Rock The Naked Truth’s 2nd Anniversary – just being honest. I thought I would just do an anniversary celebration for the 1st year and subsequently every 5 years. Then Alan of The Autobus asked me if I wanted to do something at his cafe and I was like, hmmm ok, maybe I can do a cosy gathering. (#RTNTturns1 was held at Zouk for over 100 people!)

I reached out and asked if anyone was keen to help and this awesome group of people (refer last photo + Yanee who was away on business) came forward. Together, we decided to attempt an event we’ve never done before – ROCKadventure, which is similar to the ‘Amazing Race’, where teams of 4 will be given clues and solve these tasks around the Marina Bay area. Each task will bear points and the top 3 teams will win prizes.

Because I only decided to celebrate RTNT’s 2nd Anniversary at such late notice, we only had one month to put all of this together and time was a little tight. Besides, it was over the year-end holiday season, so I started to get worried at one point. We worked out the tasks and the flow of the event quite easily, but it was getting the registrations and the support from sponsors that got me a bit stressed.

This is where I want to thank TripleFit, 2XU, Samsung and Logitech for stepping in and being so generous with the prizes. These were the prizes for the top 3 teams:

I also want to win the prizes for myself! LOL!! The lucky draw prizes were also quite cool if I may say so; we had slots to the 2XU Compression Run 2018, Logitech mobile wireless speakers, Samsung Gear Fit2 Pro smartwatches… amongst others.

Up to the event itself, I was worried that we wouldn’t get enough participation… but in the end we got 14 teams!!! You should have seen my relief and joy, YAY. The evening went by smoothly –

Participants signed in and got allocated into teams, either with their friends or to random strangers who became friends. The first 60 who arrived also received a limited edition Rock The Naked Truth x Odlo water bottle – you can’t buy this anywhere else! Dinner was served from the beginning, all from the kitchen of The Autobus. We had meatball spaghetti, salad, sweet potato fries, popcorn chicken and sliders (mini beef burgers). YUMS. I didn’t get to eat any sweet potato fries though; they went out so fast!!

Then I gave a little presentation about what we achieved in 2017 for Rock The Naked Truth, before briefing everyone about the game. I tried to keep my speech short, because I know everyone was just itching to go out and play! Clue cards were given out and then FLAG OFF.

Total distance from The Autobus around the Bay and back is approximately 5.2km, so we gave teams 1 hour 30 minutes to complete 4 mandatory stations (which they had to find around the Bay), plus 1 bonus challenge for extra points. Some of the teams were damn fast and came back in 45 minutes.

However, being the fastest may not necessarily mean you will win because it also depends on your scores at the individual stations. Eventually, it was Team C of Ling Er, Anthony, Jessica and Weiling who won by a pretty large margin. The 2nd, 3rd and 4th teams were just a few points shy of each other.

I would like to think that everyone had fun – it was a good workout hey! And now I’m actually thinking of bringing back this event every year as part of the anniversary celebrations. Good idea?

So, thank you each and every one of you blessed souls for coming out to be part of #RTNTturns2. I hope you had great fun and keep living the RTNT spirit! It’s not easy to just love yourself (flaws and all) overnight, but take the first step to commit and try. We only have one body for our entire lives and no amount of money can allow us to swop our bodies, so take care of your body well. It’s your responsibility. Love it for what it is and be amazed at what your body is capable of. You’re special!

And thank you to my Anniversary committee for putting this together with me, love you guys!!

View the rest of the photos from that night here.