My speech for Ling’s wedding (the full version) 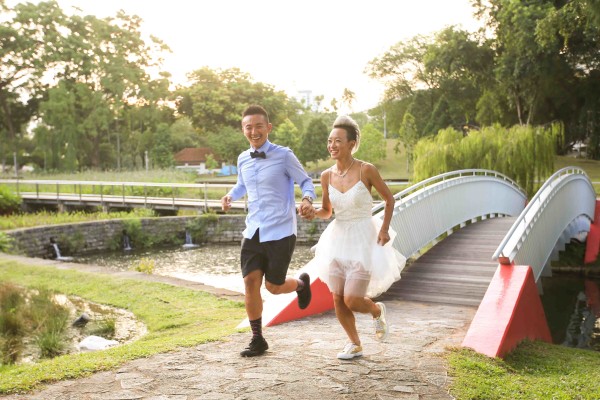 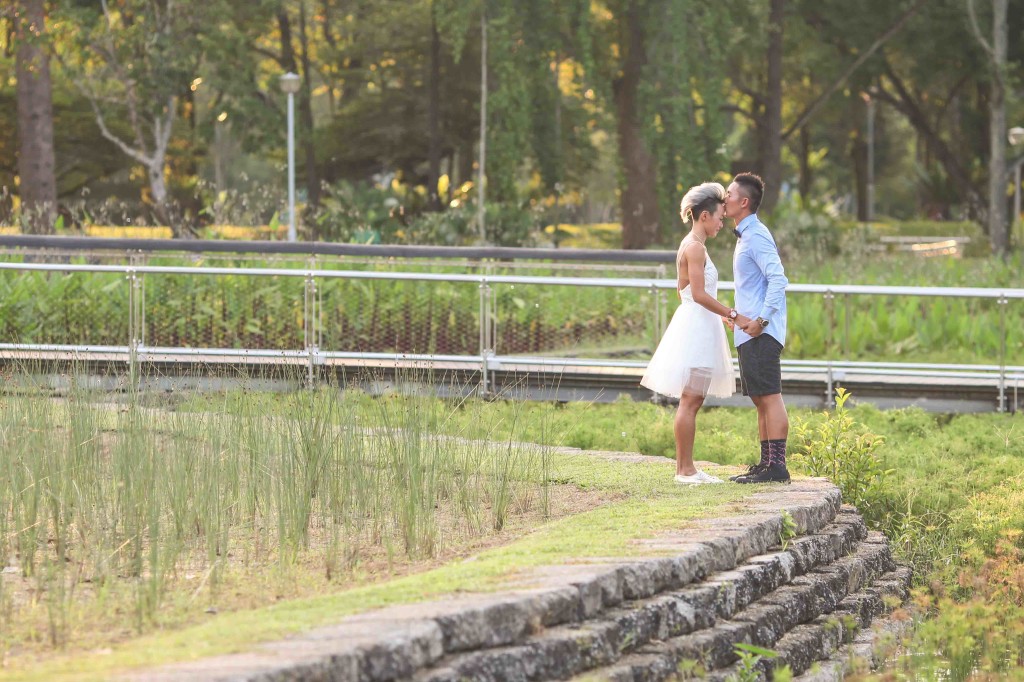 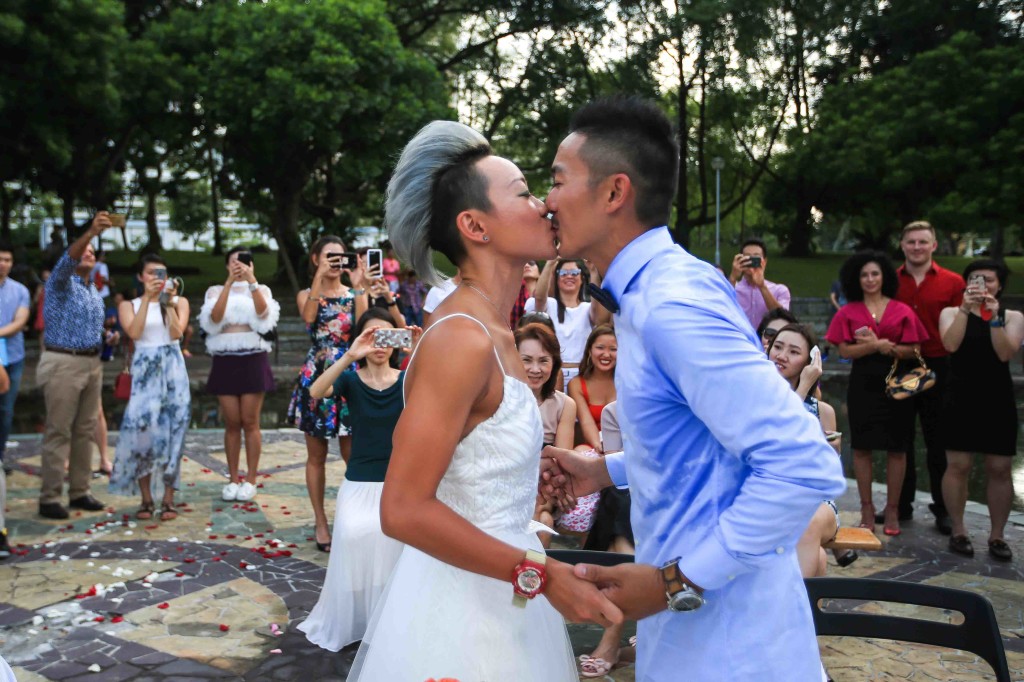 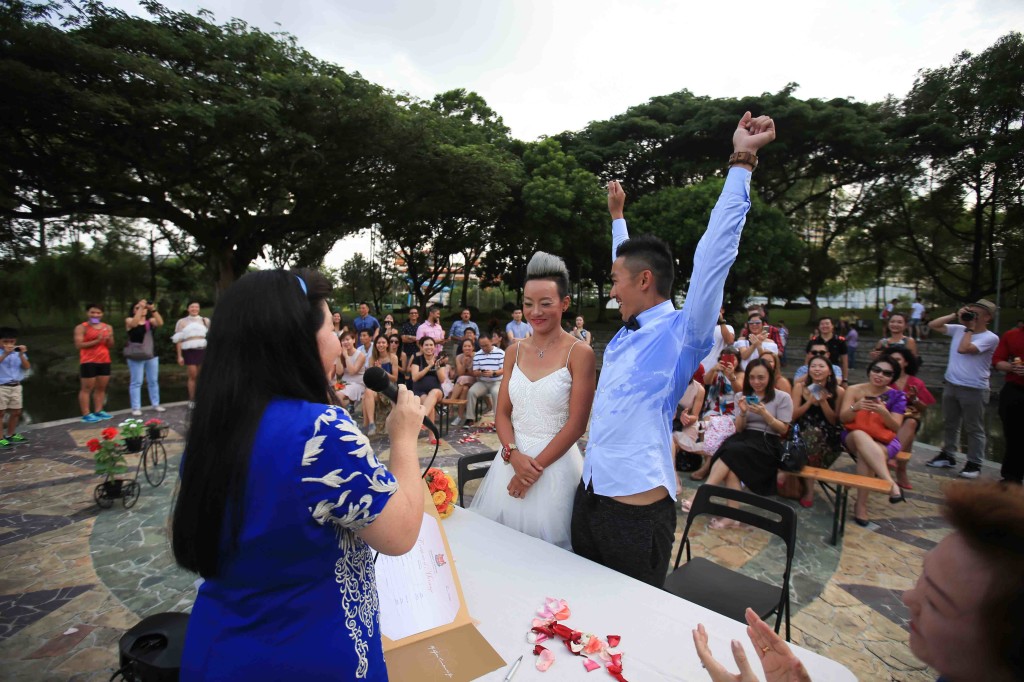 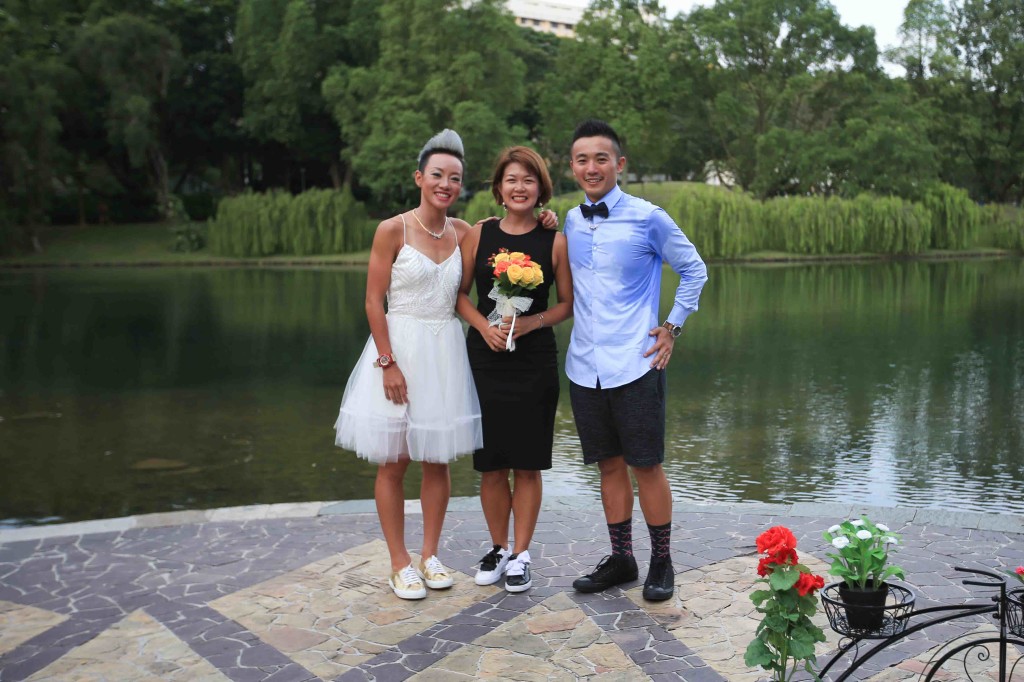 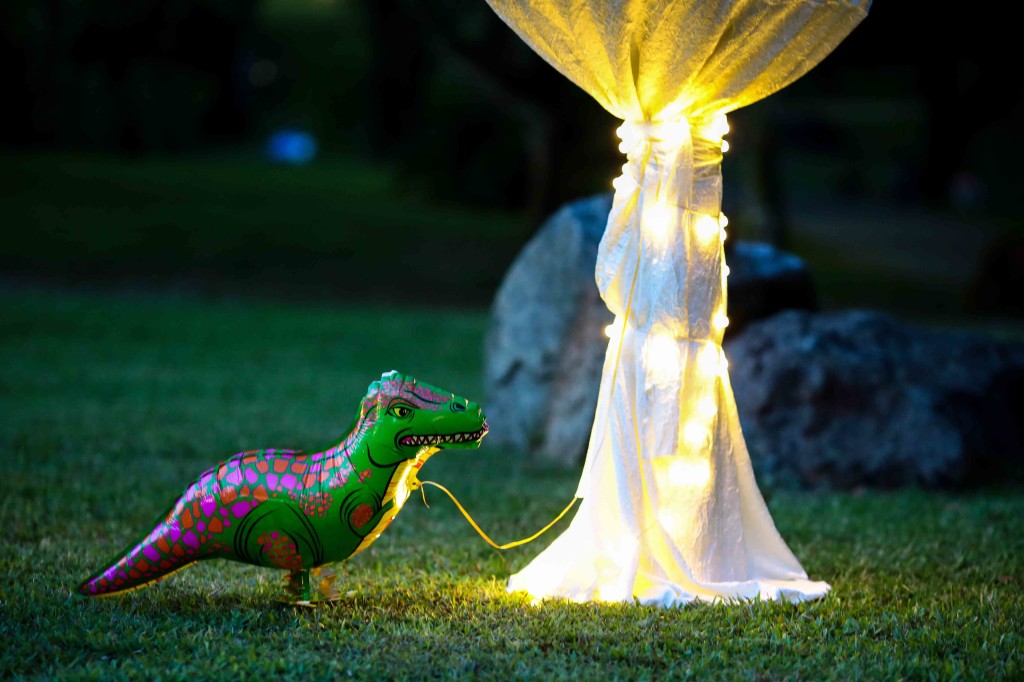 When Ling asked me if I would like to give a speech at her wedding, I was absolutely thrilled and I said yes in a heartbeat. And then I realised it’s because she needed a female speaker, since Andrew was representing the male audience. Still, I know she secretly loves me. A lot.

So, I will try my best to keep this short although those who know me well will know that I have tremendous ability to go on and on and on.

Let’s start with how I met the both of them.

I first approached Ling to interview her for my Yahoo Fitspo column – it’s a column where I featured fit girls in sports bras. She passed me her manager’s contact, which is Alan, and then we met up for the interview.

I remember Ling as a very quiet person, who didn’t talk much, and to be honest I was a little intimidated by her. She can look quite scary when she’s not smiling – although she has the prettiest eyes. Alan did most of the talking, as usual, and I didn’t even know he was her partner!

When I learnt of Ling’s story then – where she broke both legs in an unfortunate accident and came back even stronger to qualify for the world championships again and again – I was very inspired. The amount of tenacity this girl has is amazing. Each challenge or setback only makes her rise even higher.

We didn’t interact much after that, until recently when I decided to go crazy and start doing Ironman 70.3s. And I tell you, now that I have a much clearer idea of this sport, I have renewed respect for this girl here. Her mental strength is beastly. Yeah, she is a beast. Her pain tolerance is sky high please – who the heck falls asleep in a deep tissue massage?!

Honestly, she is my daily inspiration. Whenever I grumble about getting up early, I think about how she gets up earlier. Whenever I feel like the training is tiring, I think of how she’s doing more. Also, she has been very encouraging to everyone around her, and I’ve picked up a lot of valuable life lessons from her.

I used to be scared of her actually, because she looks so ‘boss’. Have you seen her walk!? (Ask Vijay, who said we look like we’re from the mafia when we walk together.) But it turns out that she’s actually very kind, thoughtful and a softie at heart sometimes. It takes her time to trust and open up, and she doesn’t just let anyone into her world, so all of us here are the lucky ones.

Ling will remember small details about you, she will look out for you (like the times we go cycling in a group; she will scold us if someone drops off and we don’t tell her) and she will go out of the way to go that extra mile for you. She will generously share her things with you, for example, if she has an extra cap or pair socks, or lends you her recovery system, or anything that she can help you out with.

Ling is just shy. She doesn’t express herself often, at least not in words, but you can see it through her actions. Like how she will cook an extra portion of healthy lunch for me, or share her favourite brand of peanut butter and honey. Only once did I get an outright expression of love from her – she wrote a note to me and ended off with “LOVE YOU!” – HA, I finally have proof that she does love me. Grin.

Ling can’t sit still. She really cannot. Did you know? When Alan was planning to propose to her, he asked her to stand in a spot so he could calm himself down and pop the question. But she kept walking around and around, spoiling his plan.

She’s always curious and touching everything she sees; she is a hygiene freak and must have her hand sanitizer with her at all times. She also likes to shower. A lot. But ah, she deserves an award for taking the most selfies with her Go-Pro.

This Incredible T-Rex (a self-initiated nickname because she claims she has small hands like a T-Rex) has always been different from the rest – she once told me this childhood anecdote:

Her parents brought her four sisters and her to a toy shop as a reward. While everyone else chose dolls, she chose a toy gun. And her relatives used to say she needs to be more feminine or no man will want her. But here we are today, witnessing her being the first to be married of the five.

Let me tell you about our recent hen’s trip – which Jessica, Wei Ling and I had the absolute pleasure of attending.

When Ling first asked me to join the all-women trip she was planning as part of her pre-wedding activities, she mentioned “beach, sun, sand, bikini, pool, massage, chill.” It was scheduled right after our Ironman 70.3 Danang race, so I was definitely up for it.

But after the “Incredible T-Rex Trip” group chat was created on WhatsApp, Ling changed her pitch to us and it became a trip that involved bringing our road bikes up to Langkawi so we could ride the famously painful Gunung Raya.

But because we all love Ling so much, we agreed to her itinerary. In hindsight though, why is she planning her own hen’s trip?!

Obviously I survived her boot camp, where we traded cocktails and strippers for hills and bicycles. We survived it to tell the tale. But Ling cannot go a day without swimming, biking or running. That’s just her. She lives the sport of Ironman. Come on, she’s a four-time Kona qualifier!

I’ve had the chance to see her train and I’m sure all of you will agree that she’s special. There’s something deep within her that wants this so badly, that drives her so hard. She welcomes any challenge; the tougher the better. It’s what sets her apart from the rest. Our coach Jurgen once said, “If anyone can do it, it would be Ling.”

Alan, has very strong values, and in Mandarin terms, is someone who is very 讲义气. He will not mince his words and he will make fun of you to the ends of the world and back, but his loyalty to his friends is unwavering. If he can do it in his capacity, he will turn over tables for you.

Alan himself has so much will – he was so determined to recover from his stroke last year and he did. He was back on his feet so quickly and maintained an optimistic outlook throughout.

Both Alan and Ling are very strong individuals, but they somehow managed to find a way to integrate their personalities into one love.

But one thing I admire the most about Alan – as much as I don’t like to praise him – no it’s not his ability to brag about himself – is how he protects Ling in his own ways; even though she is perfectly capable of protecting herself.

If anyone bullies her, Alan will never let them off. Not even the cashier at a café nor the idiotic netizen online. So don’t even try.

They work as one unit – for example, closer to her important races when she has to do her long runs, Alan is there to ride alongside her and support with water and nutrition. He handles all the other non-racing stuff, like media and sponsorships, so she can concentrate on her training.

That’s the amazing thing about their relationship.

At Ironman 70.3 Danang, Alan rented a scooter so he could follow Ling and take photos of her. Ling had just barely started the bike leg and Alan was chasing after her, when he met with a collision with another scooter. He scraped his elbows quite badly and hurt his hip, and he was bleeding, but he only had one thing on his mind – to go after Ling. And that was all he focused on.

That’s #relationshipgoals and #couplegoals for you.

Alan and Ling have a formidable bond that even the world’s greatest powers cannot break. They function individually, yet they are One.

So, to the newlyweds, I think I can speak for everyone here today, that we are blessed to be part of your journey. We wish you all the best and #ling2Kona always!