Not all fitness clubs are bad, but here are my complaints against True Fitness Singapore 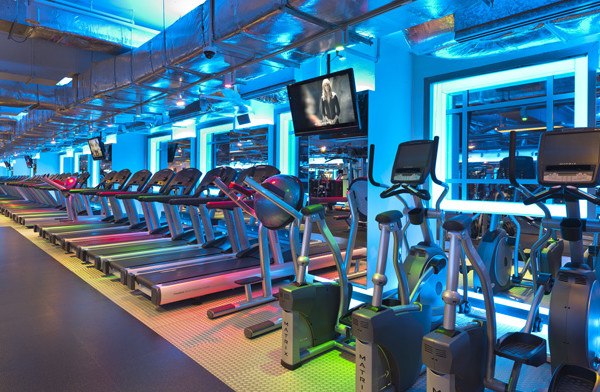 This does not apply to all gyms and fitness clubs in Singapore, but mainly globo gyms California Fitness and True Fitness. Do not get misled into thinking that all fitness clubs are like that!

I have a five-year VIP membership with True Fitness, which I signed at the end of 2010. It gives me access to all True Yoga and True Fitness outlets, including those overseas. My membership fee was S$5,000+ to be paid over three years (about $138+ per month for 36 months). Then, I got hooked on Bikram Yoga at their Pacific Plaza outlet and was told to top up another S$100+ per month for three years as Bikram Original Hot Yoga is a separate entity from True. So in total I paid S$7,000+ for five years of membership for True Yoga, True Fitness and Bikram Original Hot Yoga. I know, it is a HUGE amount but I truly enjoyed yoga (then) so I painfully paid the instalments.

When I signed up for the membership, I was already aware of this lifetime thing they had so I asked if I could have that option. However, the manager said the window was not open for lifetime membership so I should just sign up for the five-year VIP one first and he will inform me when the window opens again. When that ‘window’ came around (I saw a poster in the toilet too), I was told that I had to pay for the lifetime membership (I think it was S$7,000+) as a new membership and could not top up my existing one.

Naturally I got pissed but I could not do anything about it. The manager then told me he could help my case if I could recommend friends to sign up for the same VIP membership I have (or the equivalent). I did bring friends for trials and some signed up for packages, but the manager did not want to give me the top-up option for lifetime membership.

I was very frustrated but I eventually decided not to pursue it anymore. Looking back, I could have filed a complaint or wrote something about it but I just thought I should share my experience now.

Here are my complaints about True:

Why is it that different members pay different fees? Depending on who your consultants are, you may be quoted a different price. I think this is very unfair. I know it’s commission-based but wouldn’t it be easier to have fixed rates? This is just like slimming centres where they take out a blank sheet of paper and start scribbling numbers while offering you prices. Why not just have a table with the fixed rates?

It is the truth – they are just there for the money. The consultants (and even some of the trainers) are more concerned about how much money they can make out of you rather than having a passion for fitness and wanting to help your health. Even after signing up, I get asked to sign up for more things, such as one-to-one sessions for personalised attention etc.

What really pissed me off was getting cold calls for free trials at their gym WHEN I ALREADY AM A VIP MEMBER. DAMMIT please check against your database before calling me! Even if you are from another outlet, I’m sure there is a way to check the central database right?

I know they offer free gifts like shoe bags and whatnot to members in exchange for 10 phone numbers of their friends they think would be keen on signing up. I got tricked into this once, realised it and never gave my friends’ numbers away again. But apparently my number was given to them by friends of mine and they just call blindly without checking. I ever told one of them off, “Excuse me, I already am a VIP Black member with you. Could you please check before you call?”

4) Stupid “policies” by the manager

When I’m on the trial, I get messages often, checking in on my progress and how I like the service. After signing on the damn line, everything is about having to cough up more money.

That said and done, I want to now emphasise not to stereotype all fitness clubs in Singapore. These complaints are specific to California Fitness and in my case as well, True Fitness. Other globo gyms like Virgin Active have fixed member rates and great service, and there are many smaller gym chains and boutique gyms out there who do not employ all these dirty tactics, genuinely wanting you to improve your health and fitness.

The facilities at True Fitness are good, but I can’t say the same of their people unfortunately. My mother had her own experience with her consultant at True Fitness, but that’s another story for another day.

Don’t let your passion for fitness and quest for good health be ruined by hardsell dirty tactics!