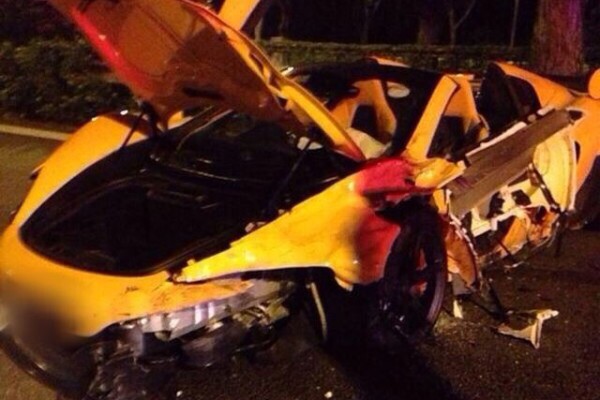 Last week a friend of mine showed me this video of the aftermath of a McLaren crash with a truck on a highway. In the caption of this video, the MP4-12C was mentioned, but at that time word was already going round that it was the new 650S involved in the crash.

I could not find any official reports on the crash, but I believe a newspaper article was published in the Chinese papers. The Straits Times finally reported it two days ago. It is indeed the new $1.5 million-dollar 650S Spider convertible that a customer was test driving; the car belongs to McLaren authorised distributor Wearnes Automotive.

It happened on the PIE towards Tuas close to midnight on June 11. According to the report, the tipper truck had collided with a broken-down bus on the left lane and veered sharply into the path of the 650S on the right, thus hitting it on the left side.

The car wreckage looks bad but both car occupants, Arjunan Kulasegaram and a friend, were not hurt. The truck driver on the other hand suffered head injuries.