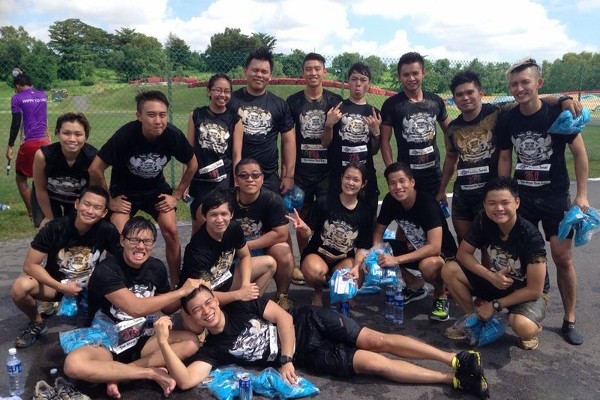 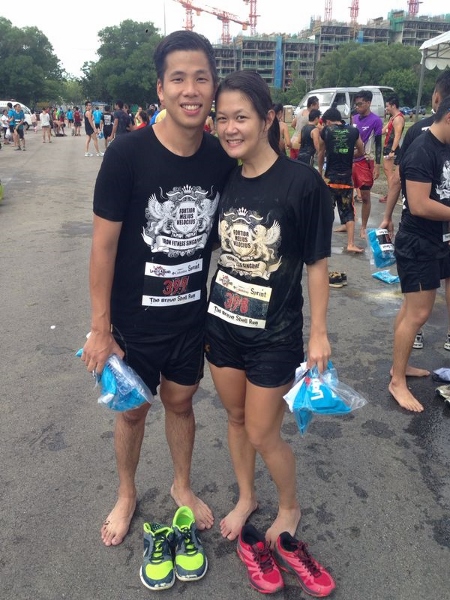 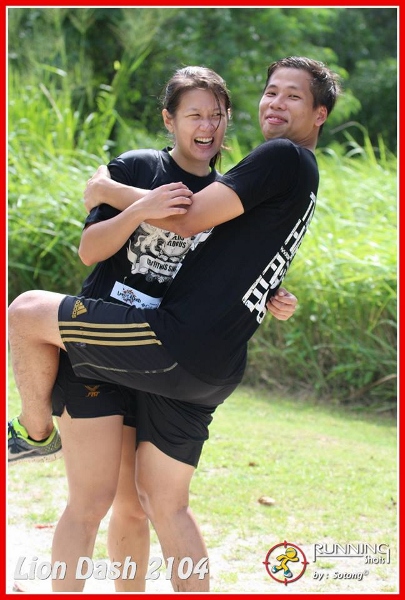 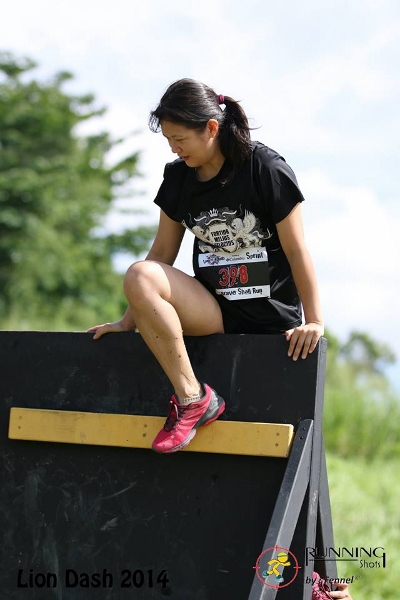 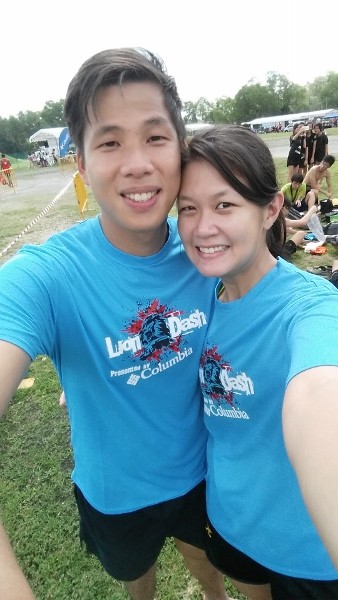 That were some of the elements we experienced during Lion Dash 2014. It is essentially a 7-8km trail run held in the woods of the Tampines Bike Park (which will be closed after this to make way for public housing) with obstacles to clear. Kelvin and I took part in the Sprint category, where we only need to complete the course once. There is the Beast category where participants try to complete the course as many times as possible within four hours. That is insane.

Anyway, we had the company of 15 friends from Iron Fitness Singapore where I train weights at. When the sun is beating down on you while you experience lack of water (there was only one water station along the entire route), the people you are with matters. It was scorching hot when we started and it only got hotter as we progressed.

We spent most of the time in the woods, climbing up and down the hills and watching our steps over muddy puddles, uneven ground and tree roots. The first obstacle was just a row of those orange and white plastic barriers, which the guys simply jumped over easily. Then there was a stack of tyres further along that we had to climb over and a net of ropes that we had to crawl under. After that, we didn’t encounter any obstacles for a long, long time and we were just manoeuvring inside the woods. There were fallen trees and thick branches that we had to climb over, but those were natural obstacles!

After what seemed like forever, we found the one and only water station! I think there should be more, especially when the water is really hot. Then we came to the next obstacle where we had to walk across ropes to get to the other side of the bank. This was towards the end of the race so the obstacles came more frequent.

We carried jerry cans across a short distance, swam in murky water under a canvas, carried a tyre up and down a slope, climbed over a wall, climbed sideways across a wall and shot some arrows. The final part before the finish line was the highlight of Lion Dash – swim through a mud bath, climb up a high and slippery slope, then end off with a plunge into an ice bath. That was where many guys complained of ‘ball freeze’!

It was a really hot day and I wished they had more water points. Also, there was an absence of distance markers so I had no idea how we were progressing. I chose not to wear any of my gadgets because I couldn’t bear to get them dirty in the mud, so I couldn’t track my own distance. The route could have been shorter, with less time in the woods, as the obstacles were mostly towards the end. I felt that it was more of a trail run with a twist, rather than an obstacle race. Well, still a good experience no less!

Here’s a look at some of the obstacles this year: 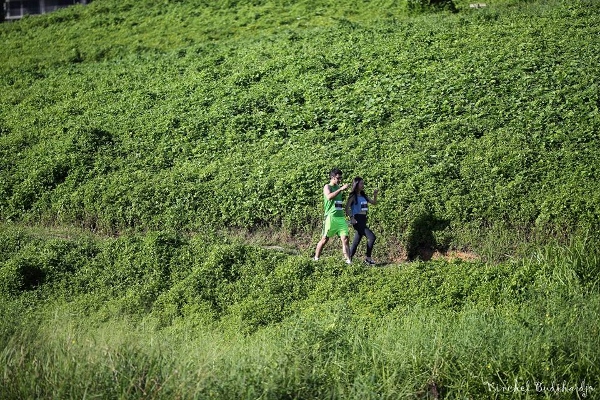 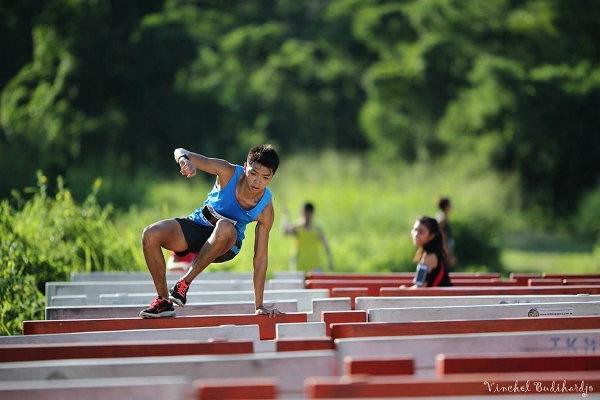 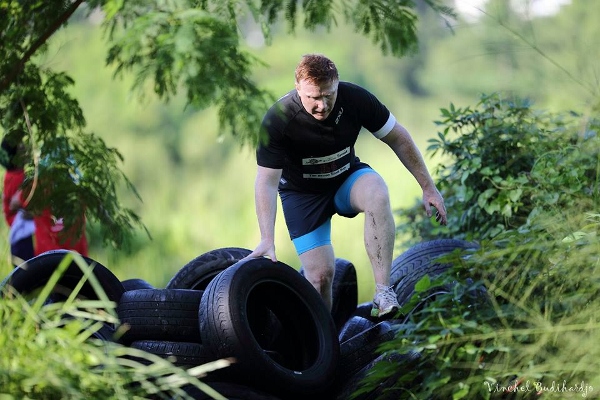 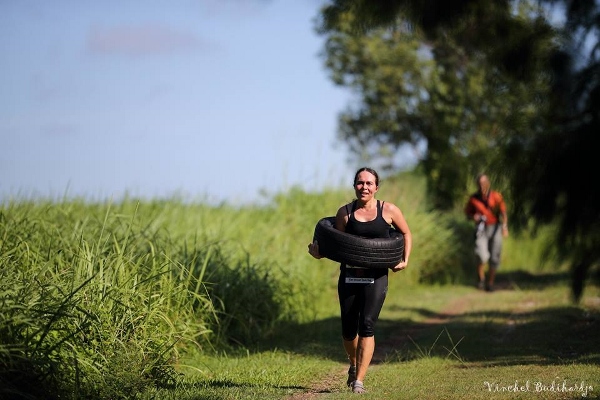 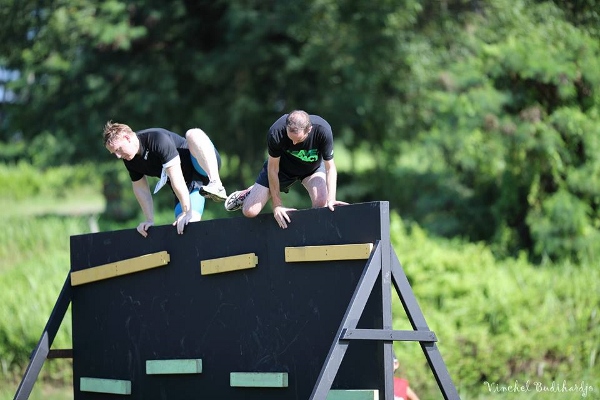 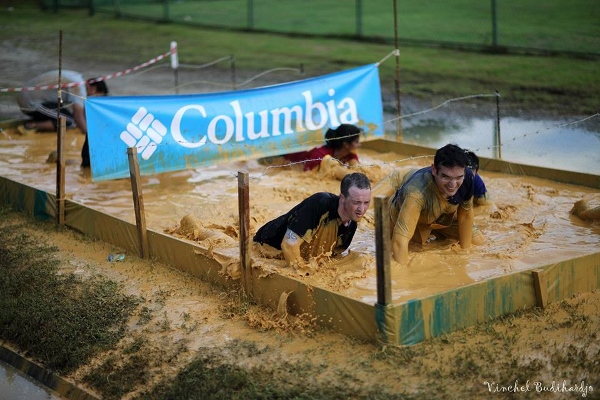 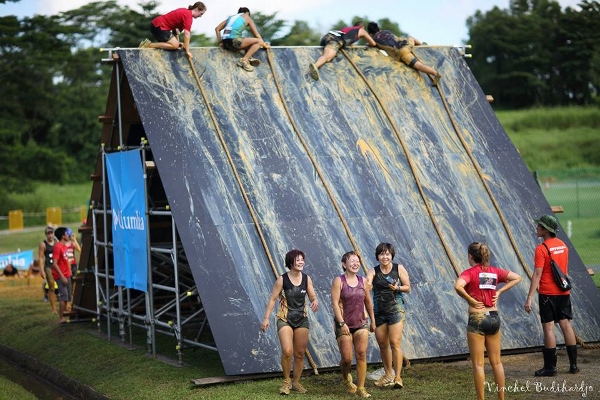 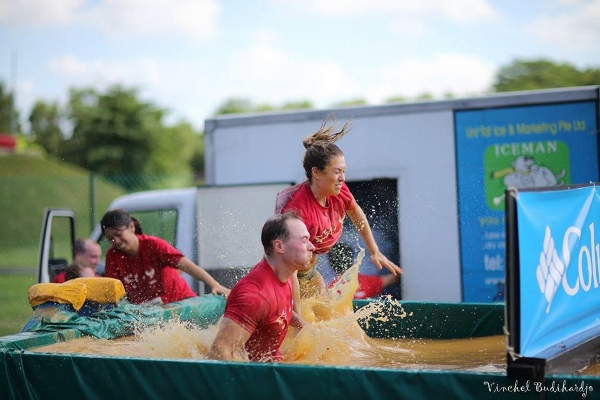 *Thank you World of Sports for the invite!