Learning to love, all over again 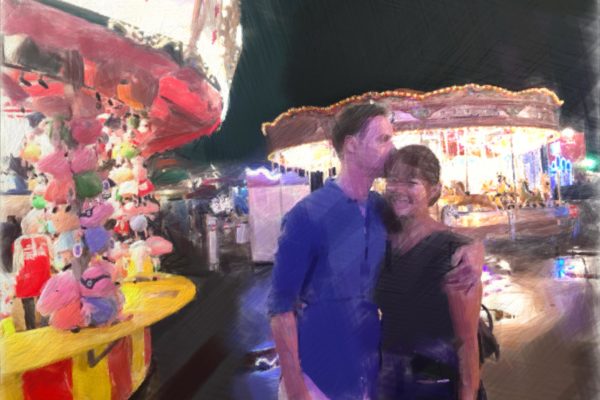 At one point, you feel so broken that you actually believe you may never love again. This stems from a sense of fear deep inside you, a fear of getting hurt. It’s a form of self-protection, an activation of your self-defence mechanism – you don’t want to go through that pain, never again.

You tell yourself that nope, I don’t need a man and I am perfectly happy with my life. Which is fine. Go on, go on and build a happy life that you don’t have to escape from. Find love in the everyday things you do and achieve this inner peace for yourself.

Then your friends urge you to try dating again – “Just put yourself out there and meet new people; you don’t have to commit yourself to anything or anyone!” You are reluctant to, because you believe that if love is meant to happen, it will. That you won’t need to do anything and if fate depicts it, you will meet someone.

But you also know that if you don’t make any effort, you are consciously making the decision to stay single. Which is cool. You indeed can lead a life without having a partner.

Then you begin to think, what’s the harm? So you pick up the phone and download a few dating apps… and the finger-cramping swiping begins. You meet one, two, three… 12 men. One or two seemed to hold potential, but you’re sick of playing games.

Why is he taking so long to reply? He used to reply me almost immediately. Now his last seen was 45 minutes ago but he didn’t even read my msgs (no blue ticks). He can post on his Instagram, yet not even read my texts.

Ok he finally replies, now it’s my turn to take my time to reply and not show I’m desperate even though I’m dying to reply immediately.

Finally, of the lot you’ve met, you get along with one quite well. You share the same interest and your heart races a little each time his WhatsApp notification pops up. You flirt, you grin, you text throughout the day… then you wonder if you’re ready to commit.

Are you emotionally available? Do you want to make yourself available? Or are you just in this for some fun?

Or can this actually be love? Ok no, it’s too soon to think about that. Just get to know each other more, hang out more, have more fun together and the serious stuff can come later.

And then it all disappears. He takes longer and longer to reply (from hours to days), he stops asking you out, he is seen with other girls. There’s no point in confronting him – just face the truth, he’s not interested anymore.

You feel somewhat angry, because you were preparing your emotions and getting ready to invest. After being so cautious with your feelings and holding back some (in the past you would jump right in), you convinced yourself to give this a chance. You wanted this to happen, you opened yourself up, you finally are ready to start a journey with someone new but it ends before you could figure out what the eff is happening. Blardy hell.

You feel embarrassed almost. Because you thought this could lead to something exciting. So you tell yourself men are idiots and you hate the disappointment. You are on the verge of leaving the shelf and crawling back into your shell (which is an awesome shell btw), but you didn’t. You still left a part of you out there. Just in case.

And then it happens.

You suddenly come across someone interesting. Not through a dating app though, so there is no expectation of romantic interest. He was just someone fun to talk to, he makes you laugh.. and you look forward to hearing from him, even though he’s all the way across the world in a totally different time zone.

It’s strange how there is so much to talk about – two complete strangers from very different backgrounds, yet something is pulling them together. The WhatsApp texts evolve to WhatsApp calls (bless technology) and you find yourself looking forward to these conversations with him. You count down the hours to when he wakes up (because of the time difference), just so you can tell him about your day so far.

But virtual chats and a barrage of selfies can only go so far. You still need to meet at some point. So you do. He picks up his bag and flies all the way across to you, just to see if this chemistry is real.

It’s a really weird feeling, standing there at the airport not knowing who exactly you are waiting for. What if he looks different from the photos? What if he didn’t board the plane? What if he used his brother’s photos?

Then he walks out, you’re a little unsure but you give a nervous wave, and he waves back (phew). You walk up to say hi and lean into an awkward hug. It is bloody weird; you don’t know what to say except ask how the flight was. But after the initial awkwardness fades off, the chemistry is there. The connection is real!

That’s good news right… then the reality hits you; that this is gonna be tough. A long distance relationship with someone you’ve never known before or had a history with, a heart that is still a little uncertain, an unwillingness of going through the pain of a broken heart or failed relationship… but hey, YOLO right.

It’s normal to feel scared of loving again, to feel scared of giving too much of yourself. But don’t close yourself up entirely, don’t make yourself numb… You’re better off feeling a spectrum of emotions, rather than not feeling anything at all. Because you are human after all.

The fights will come, followed by the tears, and you find yourself missing the times you were single. But you know that there is something special in all of this. It’s just how much you want to fight for it. Yes, you still have to fight for it. As much as fate brought you together in this meant-to-be shit, you still need to put effort to build and maintain the relationship dude.

What is love anyway? It’s more than just flowers, cards, public declarations of love on Instagram… It’s having the courage to thrash things out and voice out all your unhappiness and also talk about difficult things. It’s not being afraid to admit your flaws and mistakes. It’s the desire to go the distance together and see what the future holds, no matter what shit gets hurled at the two of you.

So, learn how to love all over again.

Don’t let your past define your future. Whatever shadows of the past try to trap you, throw out your previous concepts of love. Allow yourself to indulge in the innocence of love again. You deserve that much, after all the pain you had to go through.

The truth is, when it’s meant to happen, love can happen anywhere yes. BUT if you take yourself off the shelf completely, then you have to be sure you are ok with denying yourself a chance. Putting yourself out there doesn’t mean you are seeking.

It just means you are willing to learn how to love, again.