Knocked down, but not knocked out 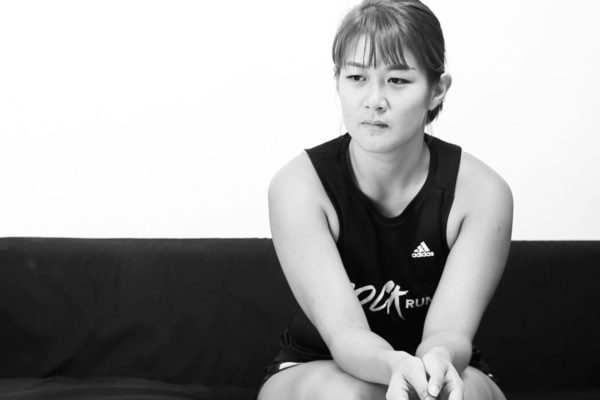 So, the start of my 2018 season didn’t quite go as planned. I was all set and booked for the Ironman 70.3 Colombo tomorrow and I was preparing my pre-race blog piece, when I got struck by illness. -_-”

On Monday, the start of what was race week, I started to feel a bit weird. Yknow, a little feverish and under the weather? I did go out for lunch with Baby Ollie and parents, but I cancelled the rest of the plans for the day because I wanted to rest, hoping that it’s just one of those going-to-fall-sick-but-can-rescue-in-time type of things.

Tuesday morning I felt more feverish and I told my coach, asking if I could rest and skip training so I could get better for race day. He agreed of course and I stayed in the whole day, except to visit a TCM hall to get some of those bitter herbs. I didn’t think it was anything serious, hence thinking that drinking some Chinese herbs would help to relieve me of ‘heatiness’ and that lots of water and sleep would make me feel better.

No man, at night I kept waking up to pee every half hour (probably from all the water I was guzzling down and the body was holding onto) and my body temperature kept rising (here comes the fever!). I took some Panadols and felt a bit better, but I barely slept at all.

Wednesday morning I had to go and see the doctor because at this point my throat was hurting me and causing a lot of discomfort. He prescribed me some antibiotics, paracetamol, cough syrup and some flu tabs. I was getting worried because my flight to Colombo was early the next morning and I needed to get well as soon as I can. There was still a bit of time to the race yes, but I have to not only recover from the virus, I also had to get my strength back.

I packed all my stuff and I set the alarm for 4.30am to wake up for my 8.30am flight on Thursday morning. Unfortunately, my illness took a turn for the worst through Wednesday night. My throat was burning so badly I could not sleep. See, I removed both my tonsils at the age of 21 because they were so swollen they became a breeding ground for bacteria. Therefore, whenever I get sore throat now, I don’t have the tonsils as a line of first defence anymore and it attacks right down my throat, causing me A MOTHER LOAD of pain.

I couldn’t sleep again!! I tossed and turned all night – Each time I coughed, it would wreck my chest and tear my already-burning throat apart. I was spitting up thick, green phlegm; I was throwing up or releasing loose stools whenever I ate; my head was throbbing so badly. It was a horrible and miserable night. Alone. By myself.

When the alarm went off at 4.30am, I couldn’t even bring myself to open my eyes. It’s not the same feeling as dragging yourself out of bed to go and work out at that time, but it was a feeling of weakness and weariness. I snoozed a little, hoping that bit more sleep would do me good but no, I just couldn’t get myself out of bed. Eventually I did – I managed to stumble into the shower stall, hoping a hot shower will help me feel better. But once the water hit my body, I felt my vision blacking out and I had to sit down on the shower floor for a few minutes.

I knew this wasn’t a good sign but I still wanted to get myself to the airport so I forced myself to get dressed, in long pants and a jacket because I was so cold (without any aircon or fan switched on btw). But after putting on my clothes, I had to lie down again because I wasn’t feeling good. At this point, thoughts of going back to sleep and missing the race came into my mind. But I really wanted to try and fly out and see if I can get better in the next three days before the race.

My father came to fetch me to the airport and I had to get him to come up and help me with the luggage (usually I would go down) because I just had no strength. When he saw me however, he immediately told me not to go. He said I was pale af and when I tried to talk to him, I realised I had no voice at all (living alone means having no one to talk to so I didn’t realise I had lost my voice completely). I insisted that I wanted to try and make it for the flight, but he refused to send me.

He said BYE and left, and I was in a huge dilemma. I went to lie down and then felt a bit better, so I texted him to wait for me at the car park, that I was gonna come down and try to make it to the airport. But each time I opened the door and tried to put my shoes on, I would feel giddy and had to go back and lie down.

In the end, I went back to bed and fell asleep for about two hours, with a heart of reluctance. My body had hit a last point of exhaustion. When I woke up, I knew I had a decision to make. I could either try and get a later flight out to Colombo, or choose to remain in Singapore and recover instead.

I spoke to my coach (well he talked while I listened since I had no voice) and we decided it was best that I stayed in Singapore to focus on recovering. This virus is really quite potent and from the looks of it, even if I got better by Sunday, I won’t be 100%. I wouldn’t enjoy the race and I might even end up not finishing it or worse, collapsing halfway through.

Health is more important for sure and even though I might lose quite a bit of money on missing this race, you can’t put a price to health. I can’t get a refund on the hotel because it’s considered a no-show, booooooo. I wrote in to the race organisers and also the airline to see what can be done – haven’t heard from them yet! Fingers crossed I can get some money back.

Thursday was the worst day for me really – after missing my flight, I went to see another doctor but there wasn’t much more he could do for me. I then spent the rest of the day in bed and I had absolutely no appetite. I didn’t have the strength to stand up for more than five minutes either; I had to go and lie back down to feel better. My throat was killing me omg! I couldn’t sleep at night again, because of the pain. Friday was slightly better but I was still confined to the bed mostly.

But hey, now the worst is over.

Today is the fifth day I’m staying in bed and I’m pleased to report that I’m getting better. My energy levels are picking up, which means I am on the path to recovery. The peak of this stupid virus was on Thursday and I’m glad I got through that, gosh.

This wasn’t an easy decision to make for sure, as I was looking forward to this race as my opening race of the season. It’s just unfortunate that the virus hit me at such an inappropriate time and my immunity wasn’t strong enough to fight back (my body was already in taper mode). Whoever passed me this virus, you’re an idiot. If you are sick, please stay at home and not infect others!!!

In hindsight I’m glad my dad stopped me from going. I was struggling to make a decision and he was like, PLEASE, just don’t go. I might have suffered really badly on the flight and once I’m on foreign land, who’s gonna take care of me? Being sick far away from home is never ideal.

Honestly I’ve not been this ill in years, to a point where I cannot get out of bed even. It’s scary to feel so weak, but trust that you will get better and there’s nothing you can do except rest while the body needs time to heal. There’s no miracle drug to get you back to 100% immediately so you can only be patient.

Does this suck? Yes it does. Do I feel frustrated? Yeah. But I think I made the right decision not to race. There will always be another race to do, but you cannot bring back your health if you destroy it. Everything happens for a reason and we just got to keep surging forward.

In fact, my next race is in three weeks at the Ironman 70.3 Taiwan. Right now I’m just gonna focus on getting better and getting my energy levels back so I can build up for Taiwan.

Remember, you’re only knocked down, not knocked out!