8 hottest fitness hunks in Singapore you may not know of 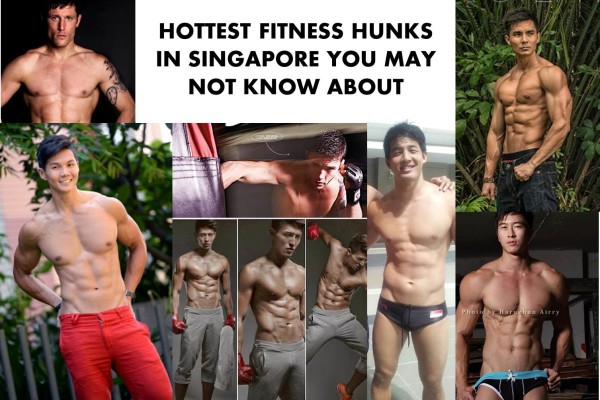 You saw the list on the hottest fitness babes in Singapore – now it’s time for the hunks! These guys are either obsessed with the gyms or deeply engaged in a sport. To be frank I had a hard time compiling this list – there are so many hot bods out there! I mean, just go look at the archives of 8 Days Shirtless Guys or Straits Times’ Hot Bods and you should be able to make a few hundred lists from there. However, here are my recommendations based on their looks, talent and of course, bodies:

Taiwanese heartthrob Allen, in his late 20s, is a model turned actor from Catwalk Asia (same agency as Fann Wong and Christopher Lee). Based in Singapore now, he is also a professional tap dancer and a personal gym trainer. His Instagram feed contains his modelling and acting work, as well as videos of his super-active gym routine. 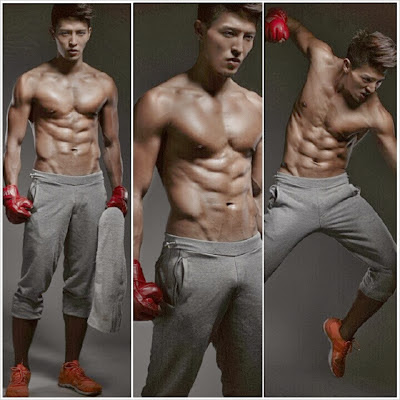 This baby-faced Brazilian, 24, often gets approached to be a model, but the mixed martial artist said it is something that has never crossed his mind and is of no interest to him anyway. Based in Singapore for over two years now, Bruno fights for the Evolve Fight Team and is signed to ONE Fighting Championship (ONE FC). A Brazilian Jiu-jitsu (BJJ) black belt, he is also a two-time BJJ No Gi World Champion. The mix of boyish looks, crazy fight talent and set of ready-made abs easily justifies his place on this list. Erm, but sorry, he’s attached. 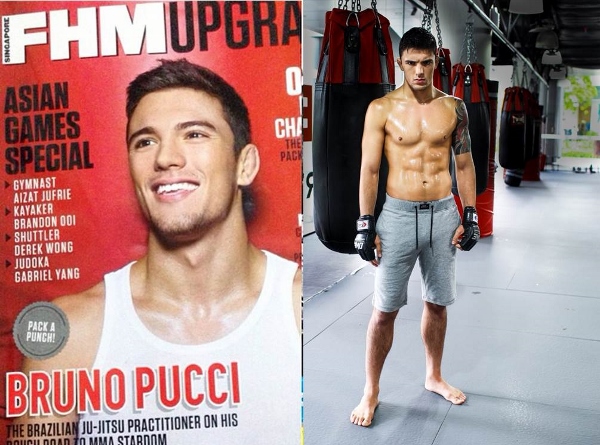 Local Mediacorp actor Romeo Tan, 29, is probably best known as the face of AbsTrim, where his set of washboard abs appeared on taxis all over Singapore at one point. Romeo used to be fat growing up, tipping the scales at 92kg, but now hits the gym at least three times a week to make sure he stays in shape. By the way, he was not named after Shakespeare’s leading man – his name is inspired by Italian carmaker Alfa Romeo. 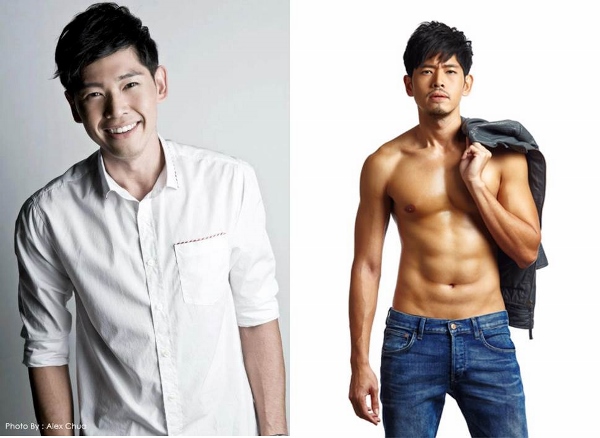 Team Singapore athlete Paul Tan, 29, is part of our prestigious national water polo team that has won 25 consecutive South East Asian Games gold medals (since 1965). A teacher with the Ministry of Education currently, Paul was on the team for their three of their SEA Games gold medals (2007, 2011, 2013). The former ACS boy was also the national A Division cross country champion and national B Division 3000m steeplechase winner in his time. He is also taken, sorry! 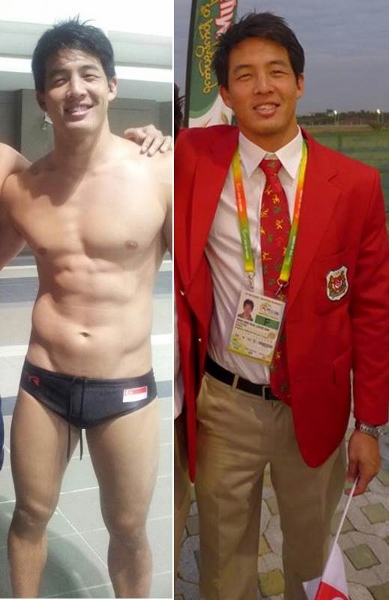 Former Manhunt Singapore 2012 winner Jason finished fifth in the Manhunt International 2012, the highest placing for Singapore ever. The 26-year-old local personal trainer and fitness model recently came in second at the Singapore Fitness Model Search Men’s Physique (18-29 years old). He is also frequently featured in the media, on magazine covers not just in Singapore but overseas too, and has a huge following on Facebook (150k) and Instagram (24k). This guy is attached.

This Jason is the husband of Limaran Agustina, who was featured on my list of hottest fitness babes in Singapore. The 29-year-old Singaporean is the co-founder of sports and fitness service provider Team Axis, and was one of the trainers for the seventh season of Lose To Win, a programme by the Health Promotion Board. This year he was one of the finalists for Manhunt 2014, his first ever physique competition. 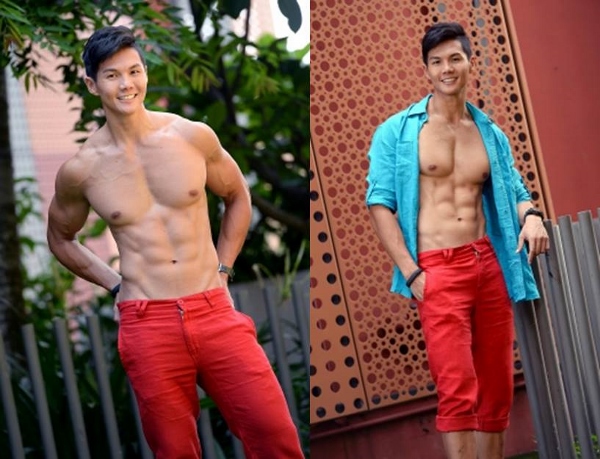 Of a pretty soft-spoken nature, Darren Lim, 35, is a gym owner (D’Fitness) and personal trainer. He was third at Manhunt Singapore 2009 and Mr Popularity, and then he also came in third at the inaugural NutriMan male physique competition last year. For much of this year, he was busy with his responsibility as Master Trainer for NutriShred, where helped 14 individuals undergo the biggest transformation of their lives to get into their best shape ever. Also attached. 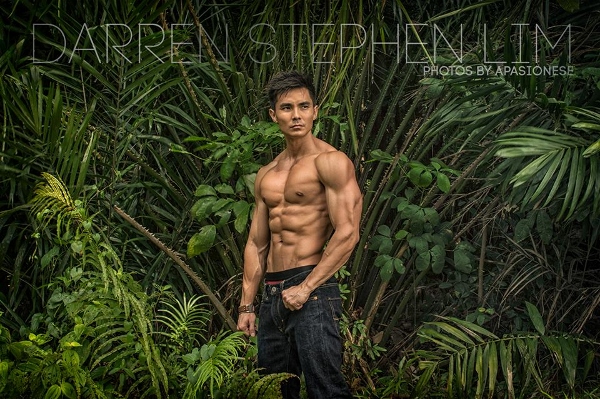 Together with his Evolve teammate Bruno, these two guys easily pass off as the poster boys of MMA in Asia. However, this 31-year-old 1.9-metre-tall American mixed martial artist couldn’t care less about what people think of his looks. Given the nickname Superman by his colleagues, the Princeton economics graduate and former NCAA Division 1 wrestler made a bold move and left his job on Wall Street to pursue his MMA dream. He is currently signed to ONE FC and is a solid contender in the light heavyweight division. 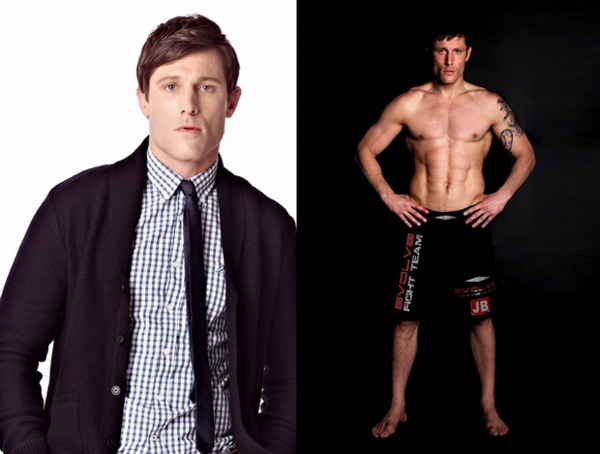