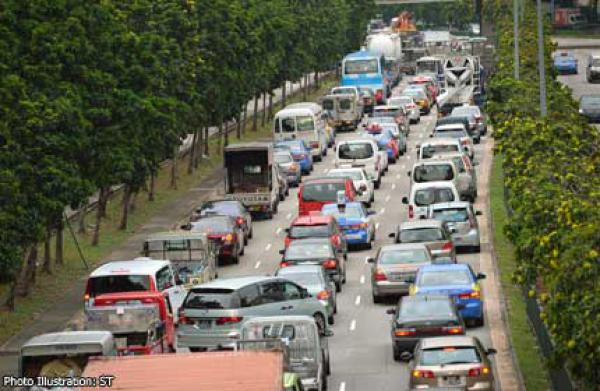 Something that I wrote in February:

Head honchos of Mercedes-Benz, BMW, Volkswagen and Audi Singapore share their thoughts on the year past and the year ahead

The automotive industry in Singapore is constantly evolving, with car brands and related services moving at a quick pace to keep up with the changes in regulations and implementation of new policies. There was the Carbon Emissions-based Vehicle Scheme (CEVS) launched on 1 January to reward vehicles of low emissions and subsequently the second part to it took effect on 1 July, penalising those with high emissions.

Then the shocking game-changer came in late February when the financing restrictions were imposed by the Monetary Authority of Singapore (MAS). 60 per cent downpayment was required for cars of Open Market Value (OMV) that does not exceed $20,000, while cars of OMV more than $20,000 required a 50 per cent downpayment. Loan repayment period was reduced to five years.

Coupled with the Land Transport Authority’s (LTA’s) reduction of the annual vehicle growth rate from 1.5 per cent to 0.5 per cent as of August 2012, all the measures have impacted the entire motoring industry in Singapore.

Later in the year, it was announced that with effect from February this year, there will be an engine cap for cars in Category A (below 1,600cc) of the Certificate of Entitlement (COE). Cars of engine power output exceeding 97kW (130bhp) will be classified under Category B instead. This will help to give the Japanese and Korean cars more “breathing space” in the small car category as many luxury car models will be shifted out to Category B.

That’s right – the tides in consumer demand have changed in recent years, with the Continental brands dominating the charts. For 2013, German carmakers Mercedes-Benz, BMW, Volkswagen and Audi finished in the top five best-selling car brands for Singapore. Toyota (including Lexus) was the only Asian brand in the top five.

So, what will 2014 bring? Here, Wheels Asia speaks to the head honchos of the four German automotive heavyweights…

Mercedes-Benz emerged as Singapore’s sales leader last year, according to figures from LTA, despite the volatile business climate. Mercedes-Benz Singapore sold a total of 3,871 units of new cars in 2013, making it another record year for them globally. They out-sold BMW – Singapore’s top-selling brand in 2011 and 2012 – by 142 cars.

“Singapore has been experiencing rapid growth in the luxury consumer segment over the past decades, including the luxury car market as a result of increasing affluence and changing consumer preference. We are seeing more consumers ready and aspiring for luxury goods, an aspiration which is not limited to just automobiles,” said Mr Wolfgang Huppenbauer, 59, President and CEO of Mercedes-Benz Singapore. 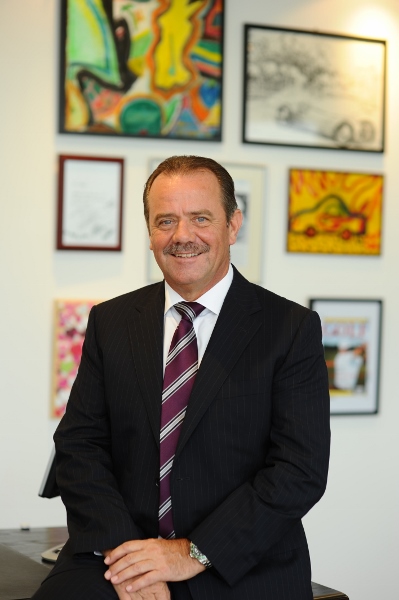 It was a challenging year for the industry as a whole because of market volatility but despite the challenges, Mercedes-Benz “systematically forged ahead with new customer-centric products, offering the market a choice of a wide range of vehicles to suit a variety of consumers and lifestyles, featuring the latest design and innovation in safety features and technology geared towards maximum efficiency and sustainability”, Mr Huppenbauer added.

For 2014, the plan for Mercedes-Benz is to continue their product offensive by introducing greater diversity to their product portfolio, thus appealing to a wider and new segment of consumers in the market, while at the same time not losing sight of existing customers.

The aim is to “continue the momentum experienced in the compact class category” with the introduction of the new GLA to their existing stable of popular compact class models. The popular C-Class will see an all-new version to be unveiled later this year, followed by the new S-Class Coupé. 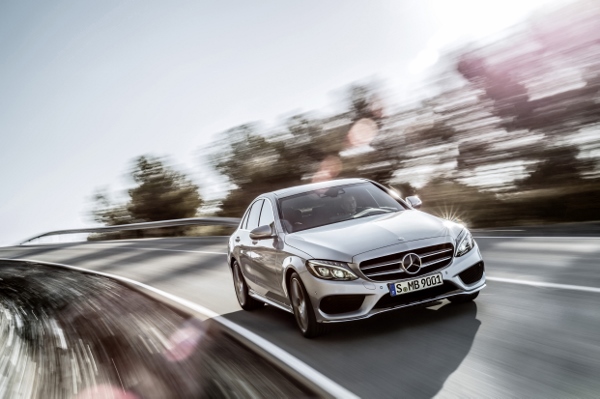 Describing 2013 as a “unique year”, Mr Sethipong Anutarasoti, Corporate Affairs Director of BMW Group Asia, said “2014 is set to be an even tougher year ahead”. However, they will “constantly push the limits to remain at the top end of the game”, attributing the positive effort to their dedicated dealers and staff.

With the various changes, car companies had to rethink their strategies. BMW Group Asia continued with their “strategic purpose of serving Singapore customers with the best technologies and products”. With each change in rules and regulations, they tried their best to accommodate to customers, especially during the transition period. 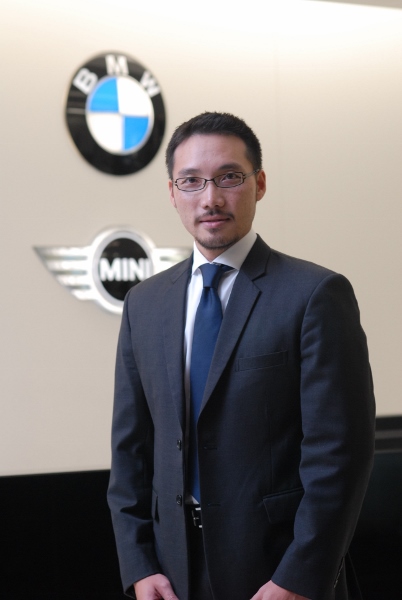 For example, during the implementation of tiered ARF and loan curb, BMW Group Asia managed the transition by conducting a case-by-case review with customers, even allowing a certain number of cancellations without imposing any penalty on those customers. As for the newly-implemented 130bhp cap for Category A, BMW’s existing Cat A models – namely the 116i, 118i and 316i – will be moved to Cat B, hence they will be “specifically optimising stock” in preparation for this.

2014 will be “an exciting year” as well, Mr Anutarasoti added, “It will be a turning point into the Future of Mobility, as we welcome the arrival of BMW i in Singapore, the first country in South East Asia to have it.” Apart from the full-electric i3 and i8 progressive sports car, they will also be introducing the 2 Series (including the M235i), the all-new X5, the 4 Series Convertible, as well as the M3 Saloon and M4 Coupe. 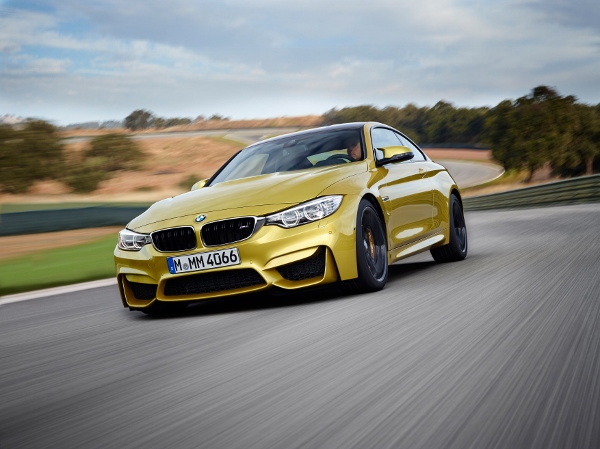 “At BMW, it is always about delivering joy to our customers. Be it the joy of driving, or the joy of simply experiencing our brand through various customer touch points via our events, when visiting our showroom or our aftersales services,” Mr Anutarasoti added.

Mr Steffen Schwarz, 42, Managing Director of Volkswagen Group Singapore commented, “It was a successful year for us. During a year in which the COE quota was at its lowest-ever level since the COE system was introduced in 1990, we managed to maintain a market share of over 11 per cent in Singapore thanks to the strong customer demand for many models in our range. We are particularly pleased that the Jetta ended the year as the best-selling car in the Category A sedan segment.” 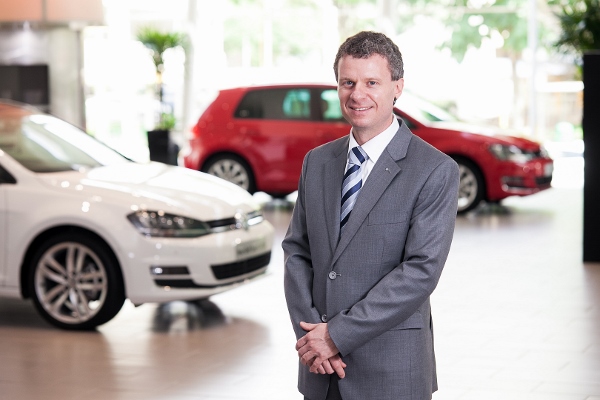 After the revised loan regulations came into effect in February last year, Volkswagen Singapore observed “a strong impact on the sales of lifestyle cars such as coupes and cabriolets”. This came down to the typical buyer profile of these vehicles, Mr Schuwarz explained, “In the past, many people who bought these cars were young professionals and executives, who then became the most heavily affected by the new rules”.

There still remains a group of potential buyers with sufficient cash in hand to pay the 50 per cent downpayment for a new car and these customers are typically more mature, hence looking for “more practical cars like the Golf, Jetta, Passat, Touran and Sharan”.

Welcoming the all-new Golf R – the most powerful and dynamic production Golf ever built – in the first half of 2014, Volkswagen Singapore will also have a thoroughly revised range of Category A cars in light of the COE re-classification. Later in the year, they will further enhance the Golf range with the launch of the exciting new Golf Sportsvan and Golf Variant. 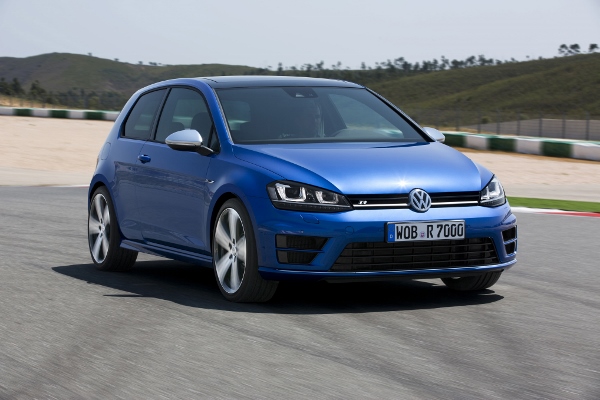 Posting a seven per cent increase in sales from 2012, Audi’s performance in 2013 came from strong performance of their larger models – namely the A6 range, the sustained popularity of the SUV range of the Q3, Q5 and Q7, and the new A3 Sportback gaining traction.

Amid the various changes in the automotive industry, Mr Jeff Mannering, 49, Managing Director of Audi Singapore said that “the strategy does not change”. He continued, “Audi will be the number one premium brand and everything we do here is geared towards achieving this goal.” 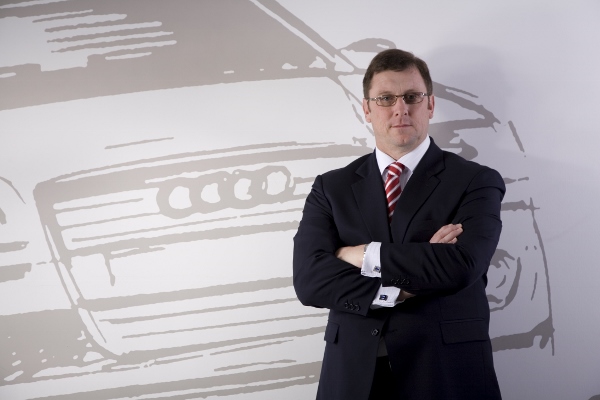 Noting the volatile nature of the motor industry in Singapore and how “things can change overnight”, Mr Mannering is prepared. “Whatever the situation,” he said, “We will stay focused on bringing the best possible products and on delighting our customers.”

Having launched the Audi RS 6 Avant, Audi SQ5 and Audi S3 Sportback in December, one of the key highlights to look forward to is the A3 Sedan. Audi calls this the car that “changes everything they offer”, marking their foray into the premium compact sedan segment. For the rest of the year ahead, Audi Singapore will also be welcoming the new A8 and S8 range where their flagship will “show the way in terms of design, craftsmanship and technology”. 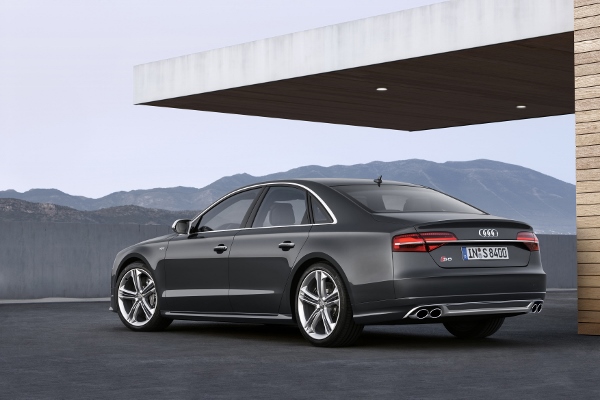 Audi Singapore, together with their authorised dealer Premium Automobiles, will be expanding their Customer Relationship programme called “myAudiworld”. This is an exclusive membership for Audi owners only, where members get access to an array of activities including special dining experiences, art performances and sports activities, as well as opportunities to expand their social network with other members. 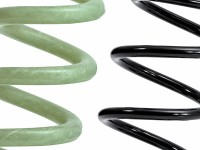 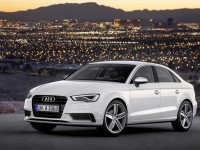 The Audi A3 Sedan Unveiled in Singapore
February 18, 2014 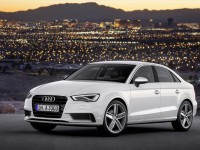