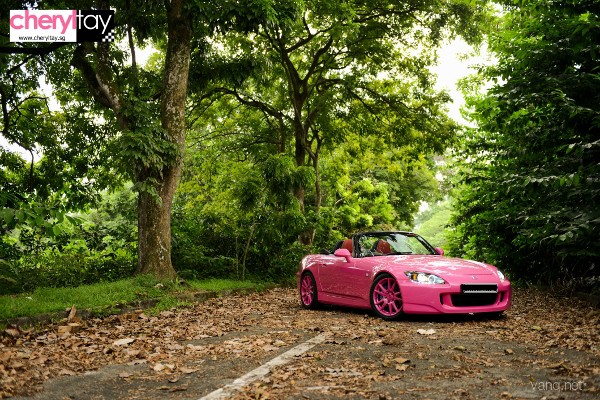 To me, and many other car enthusiasts out there, our cars mean more than just a vehicle to transport us around. My first car, the Mitsubishi Lancer GLX, was shared with the family so I didn’t feel that great a sense of belonging to it, as compared to my Honda S2000. After the Lancer got spray painted in my customised shade of pink, I felt a closer bond with it and then I realised, that’s why people modify their cars. It expresses individualism and forges a stronger sense of ownership. 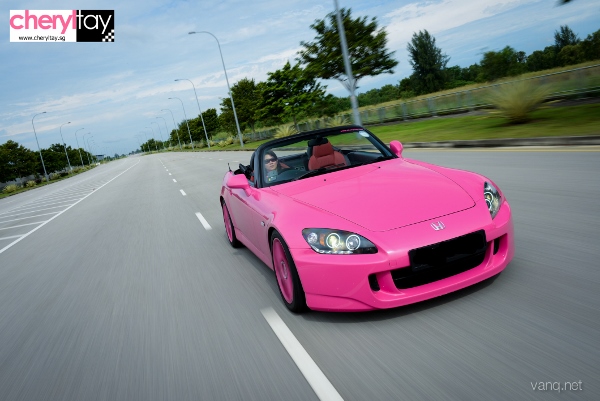 When I got the S2000 a year ago, I knew it had to immediately be in my favourite shade of pink (a dark and bright pink). One of the first things people do to their cars is to change the wheels, but I kept the stock ones and got them painted pink too! If I had the means, there are many more things I would have liked to do to my pink S2000. Too bad – I’m limited by monetary resources and also the strict regulations on aftermarket modifications in Singapore. 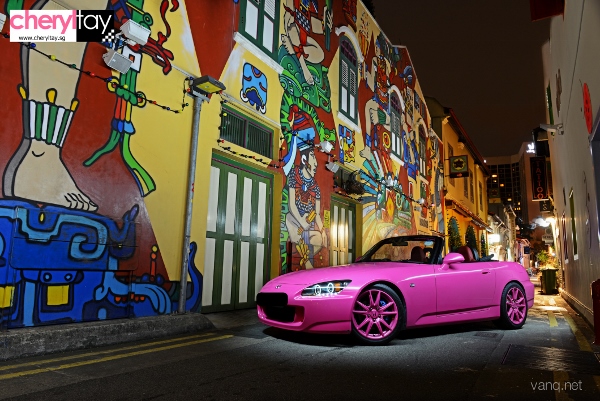 The most common comment I get is: “Hey! Pink like Suki from Fast and Furious!” Oh yes, believe me, if I could, I would have done my car up like hers!

After painting the car pink, I wanted it to have a little growl to it but not too intimidating, so I went to search for a second-hand aftermarket exhaust system from J’s Racing. Handling of the car is important too and I found a second-hand TEIN Mono Flex for the car. Other little things that I changed included SPOON Sports for the front brakes and a Sparco steering wheel. 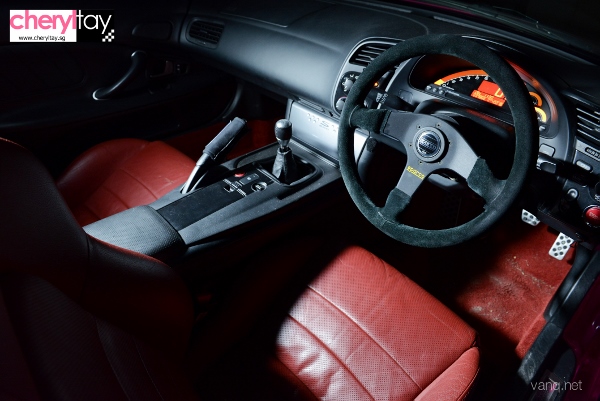 I also lowered the car to give it a better stance. 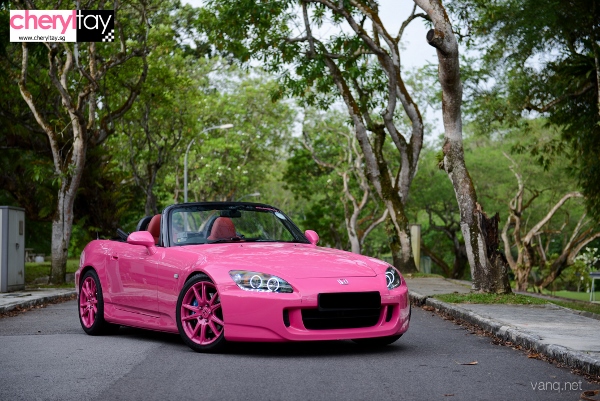 It felt really good to have a car built to your preferences – of course, budget is a big issue and there are a lot more things I would like to do to my car if the digits in my bank account allowed it.

I treated the S2000 like a person, or some might say like a pet. She (yeah it would be weird to refer to a pink car as a him) was a great joy in my life – hearing her roar to life each time I start her up set my heart aflutter. I always felt a great sense of pride when I walked towards my car where it was parked, and I felt very happy driving it around. , except when I run into bad traffic or horrible drivers or a combination of both. 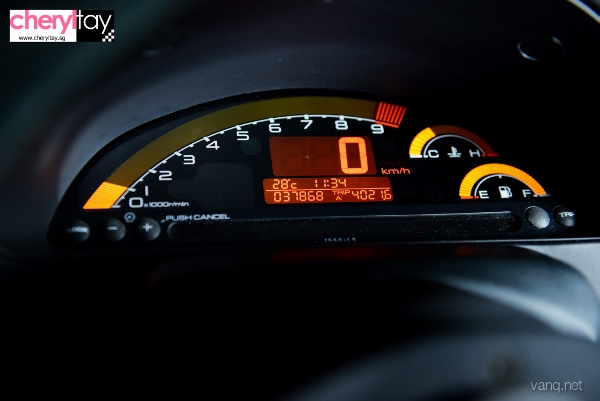 Pretty soon, the car got a reputation that preceded me and it was funny how I would make new acquaintances at events and they would go, “OH you are the owner of the pink S2000? Yes we know of that car!” I would also get people snapping photos of it and tagging me on Facebook when they spot my car outside. 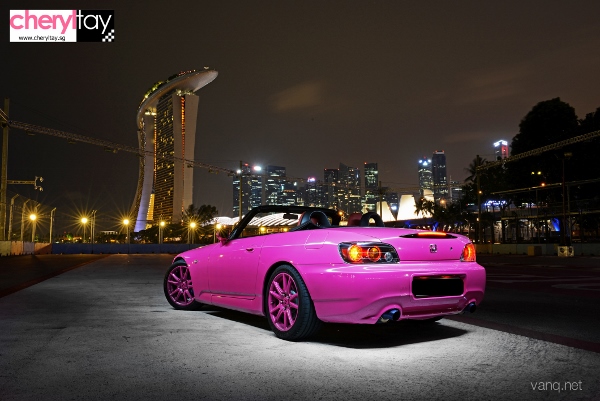 There are downsides to driving a performance car, such as the higher costs of running and the inconvenience that comes with clearing humps and certain car parks. Due to the lowered profile, there are car parks that I had to avoid. There was one bad instance when I almost got stuck on a hump that was oddly positioned. Before I go out each day, I plan the journey ahead and if there is nowhere suitable for me to park the S2000 without potentially damaging it, I would leave it behind and find alternatives. 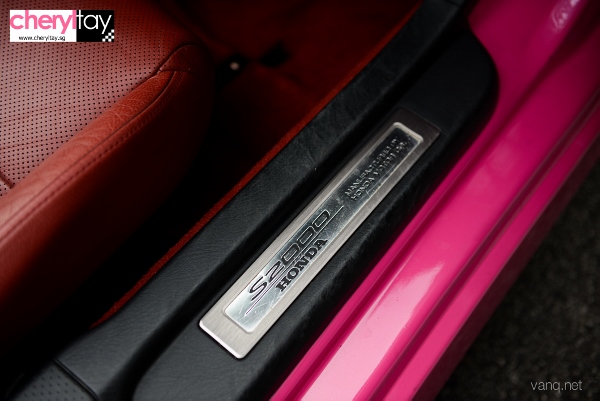 Also, as much as I adore driving a stick shift, it gets pretty tiring on the foot in times of traffic jams. Those who know, would know how painful it can get during peak hour in crawling traffic. Well, nothing is perfect and like everything else in life, there are also compromises or sacrifices to be made. These are small sacrifices to make though, in return for the pride in owning the car. 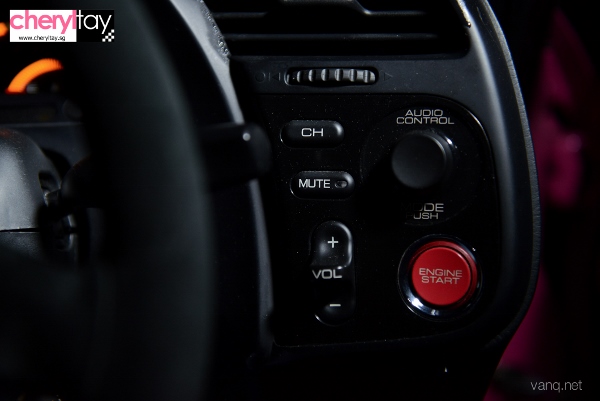 Unfortunately, my time with the S2000 was brief and after one year, it was time to say goodbye. I have since let it go, with much reluctance. I still have the Lancer with me, so this is the first time I am seeing a car off. This may sound a tad silly, but it felt like a break-up. That was how much the car meant to me. It wasn’t just a vehicle painted with my favourite colour, but an extension of my personality – a part of me. 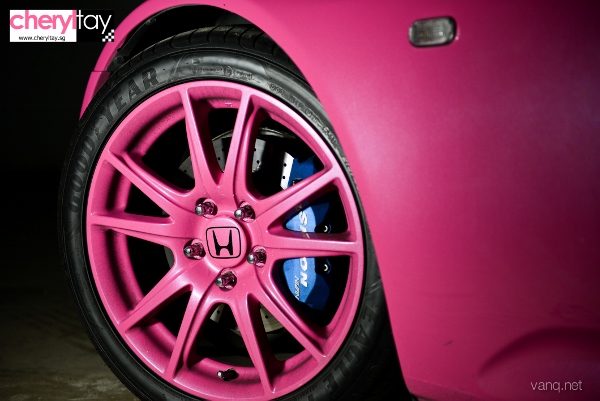 It was an emotional farewell and the very last time I drove it, there were tears in my eyes. I stroked the steering wheel affectionately too, before walking away with a heavy heart. I never got around to giving her a name, but a special place in my heart she will always hold. 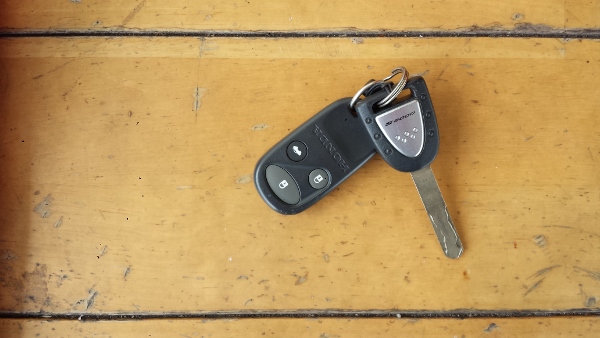