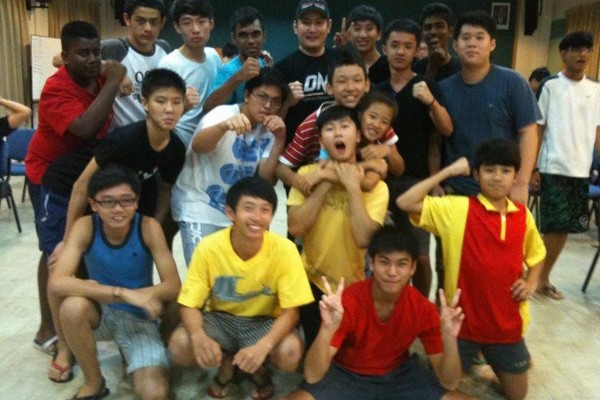 They may seem intimidating with their powerful stable of world champion instructors and fighters, but Evolve MMA has a soft side to them too. For four years, Asia’s biggest mixed martial arts (MMA) organisation has been engaging their community outreach programmes to give back to the less fortunate in the society.

Unbeknownst to some, many of the instructors and fighters at Evolve MMA have emerged from backgrounds of hardship and poverty. Experiencing times of insufficient food and shelter, it was the practice of martial arts that gave them the strength and resilience to overcome the battles in life.

Inspired by the late Grandmaster of Muay Thai Kru Yodtong Senanan, the Evolve Community Outreach Program was created in 2010 to maintain the humanity in martial arts. Students, instructors, world champions, fighters and staff members of Evolve MMA have been part of this meaningful initiative, going around to orphanages, youth homes and charities. 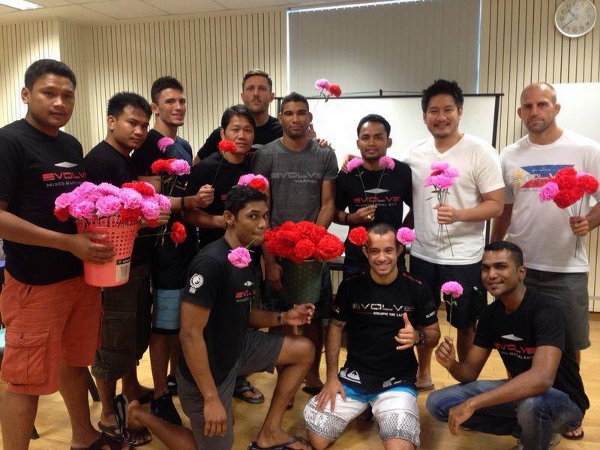 Starting with the Boys’ Town Home where troubled children and orphans live – as a result of being abandoned by their families or society – the Evolve Instructor Team serve as mentors to these kids, teaching them martial arts and also guiding them in life.

Chatri Sityodtong, founder of Evolve MMA, was plunged into poverty when his father abandoned the family after going bankrupt, and was left homeless and hungry. Evolve MMA instructor Yoddecha Sityodtong had to overcome childhood adversity as well. The Ladburi-born was left in the streets by his parents at the age of seven as they had no money to take care of him. Kru Yoddecha was then forced into slavery by a gang and suffered four years of abuse before Vichai Sityodtong from the famous Sityodtong Gym in Pattaya rescued him. He started fighting professionally at 11 and won the first world championship at 22.

Hoping to help troubled youths the way he was saved and turn their lives around, they are taught to have self-confidence, discipline, tenacity and the ability to discover their potential. A success story can be found in Hsien “Milo” Hwee. The 18-year-old IT student had very low confidence about himself and was sent to the Boys’ Town by his family. However, his Muay Thai training with Evolve helped him to believe in himself and he was recently named Evolve’s ‘Student of the Month’ in February.