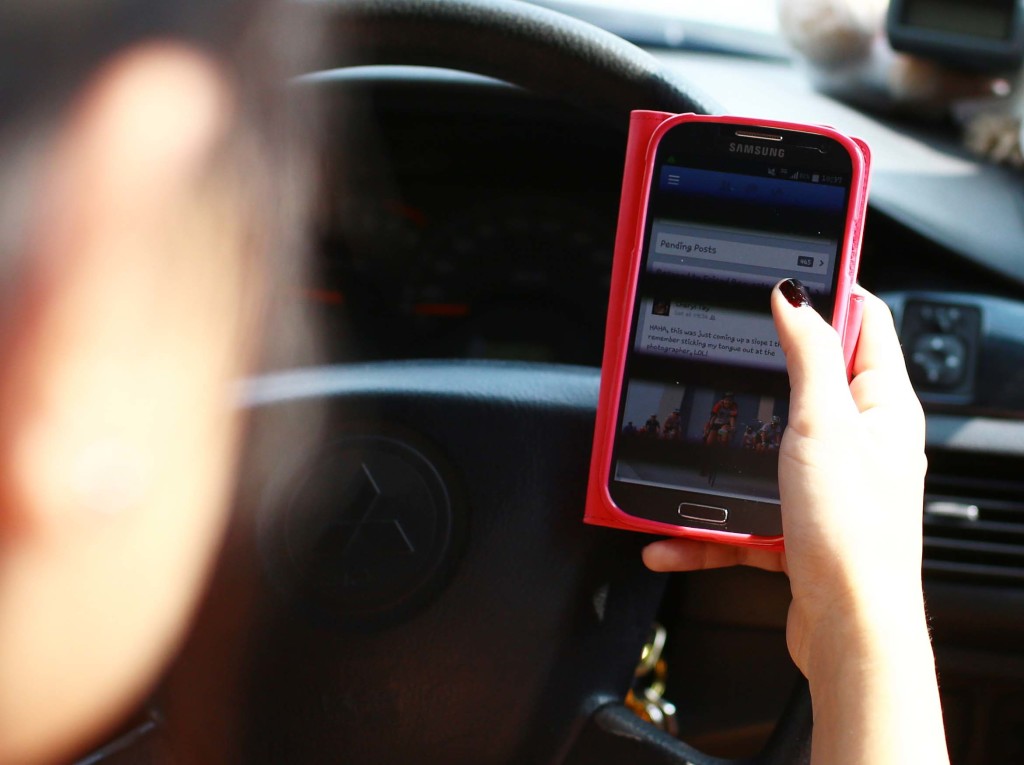 We should have a ‘Don’t Text and Drive’ campaign

Simply holding a mobile device in your hand in the driver’s seat can land you in jail. That’s right – I repeat – you can end up behind bars for holding your phone while at the wheel. Not just your phone, but any mobile telecommunication devices (including tablets) are not allowed to be held as long as the car is moving.

Technically, it is not an offence to use your mobile device when the car is not moving but I think it would be a better idea not to risk it at all. Traffic regulations have been revised specifically, whereby not just calling or texting, but browsing of the internet or any social media platforms on your mobile device are deemed illegal. You can however, mount your phone to your dashboard.

I understand the logic behind such a harsh traffic act – using the mobile phone while driving distracts you and takes your attention away from the road. That compromises safety of not just the driver and his passengers, but other motorists and pedestrians as well.

Therefore, this brings me to my point – why are there no public awareness campaigns for anti-usage of mobile devices while driving?

Just like the ‘Don’t Drink and Drive’ campaigns we see from liquor and insurance brands as part of their corporate social responsibility, wouldn’t it be pretty logical if a mobile communication and media device manufacturer back a ‘Don’t Text and Drive’ or ‘Don’t Update Status and Drive’ campaign?

More than 2,500 drink drivers were arrested between January to October 2014 (with 12 deaths), compared to 3,354 summons were issued for using mobile phones while driving last year. These are not small numbers and I feel these figures are pretty justifiable for a nationwide campaign backed by either the authorities or private companies.

An anti-handphone driving campaign should serve as a reminder of the dangers of using your mobile phone while driving. I can picture the advertisement in my head already – with someone updating his Facebook status at the wheel and looking up just in time to rear end the car in front or worse, knock someone down. It is equally serious as drink driving, in my opinion.

If you are guilty of using your mobile phone while driving, just think about it. How is a text or an email more important than your life or the lives of others? How is your phone more important than the people that you love? You could easily get your passengers killed too.

AT&T did a survey in America previously of frequent drivers who text when they drive. The survey findings revealed that 98 percent were aware of the dangers of texting behind the wheel but yet, 75 percent admitted to texting while driving. Reading a text, sending out a text, scrolling News Feeds, updating statues – these are some of the common things people do on their phones, especially at a red light or stop sign.

There are broad public education campaigns in other parts of the world and this is something I think Singapore needs. Like how anti-drink driving movements reduced the incidences of offence over the years, I believe a similar campaign for mobile devices at the wheel will work just as well.

I have seen a lot of articles in the media about how life-threatening it is to use your phone and drive, but I would like to see an electronics giant step up to the plate and launch a major islandwide campaign to discourage the usage of mobile devices while driving.