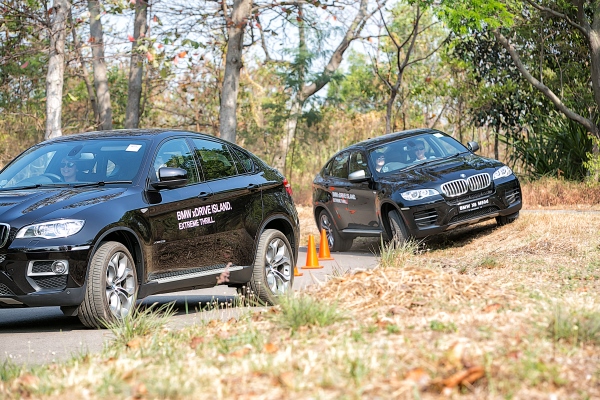 Singapore has limited places for us to truly enjoy our cars, so what BMW Asia did was to take its guests away from the city, yet not too far away, to experience the superiority of the BMW X models,  including the high-performance BMW X6 M, as well as the tri-turbo diesel-powered BMW X6 M50d! We often read about how these cars have outstanding off-road capabilities, but never had the chance to try it. 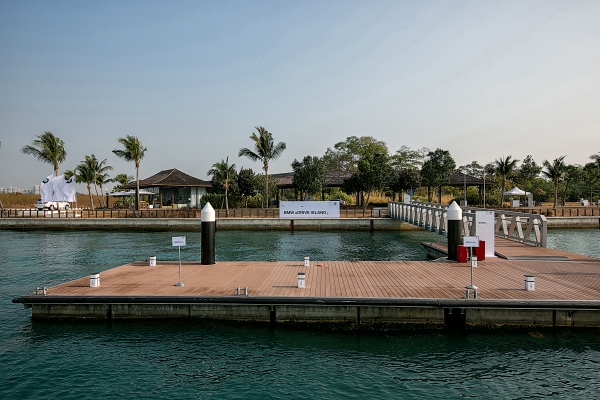 This time, BMW Asia hosted an BMW xDrive event at the tropical Lazarus Island, a private standalone isle off Sentosa from 13 to 16 March 2014, where the island was transformed into a dedicated circuit. The safe and controlled environment provided an off-road setting with simulated obstacles, doing justice to the BMW xDrive technology that powers the BMW X Sports Activity Vehicle (SAV) models. 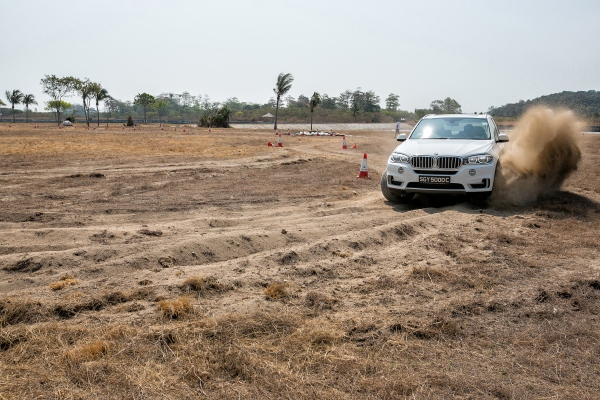 The BMW xDrive is an intelligent all-wheel drive system that monitors the driving situation constantly and distributes power smoothly between the axles to ensure the best possible traction at all times. It also “thinks” a step ahead – as the car is being driven, the BMW xDrive analyses data from the on-board electronics systems such as speed, steering angle, torque output and other key factors – and calculates the best way to move in a bid to prevent any oversteer or understeer.

Here’s a video that sums up the exciting BMW xDrive Island adventures: 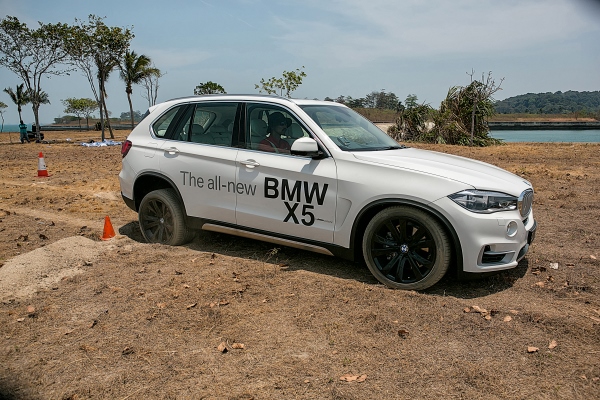 BMW X6 is the world’s first ever Sports Activity Coupé, with a unique combination of sporty dynamics and supreme versatility. BMW X6 is a distinctive model within the premium segment of all-wheel-drive automobiles. Its exceptional standing and ongoing popularity is due to both its highly expressive design, combining the athletic and elegant lines of a coupé with the supremacy of a BMW X model.

BMW X3 founded the new mid-size Sports Activity Vehicle (SAV) segment with its launch. It is an epitome of sporty dynamics, premium ambience and robust agility, coupled with low fuel consumption and emissions. It is equipped with the best interior and boot measurements and the greatest versatility in its class.

BMW X6 M is the first high-performance Sports Activity Coupé that comes with outstanding dynamism and athletic performance that is typical of a BMW M car. It has a maximum power output of 555 hp and a peak torque of 680 Nm from 1,500 to 5,650 rpm. It can accelerate from 0-100km/h in 4.7 seconds. It has an average fuel consumption of 13.9 l/100km and CO2 emissions of 325 g/km (per average EU test cycle).