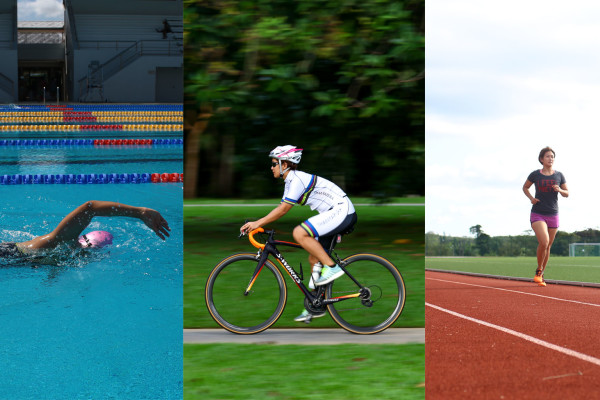 By now, you probably would already know that I have switched to triathlons this year. It’s a new challenge for me, moving from explosive CrossFit to endurance sports. It is definitely out of my comfort zone and to be frank, I’m not a fan of long distances. The longest I have ever ran is a half-marathon and I don’t think I will want to do a full marathon or an ultra-marathon. But a multi-disciplinary sport is something interesting enough for me to try.

The TRI-Factor Series has been organising multi-sport races since 2009 and it’s not just for triathletes. It’s a four-part series that caters to cyclists, swimmers and runners as well. The four legs for this year include:

21 August – TRI-Factor Triathlon
This leg is the final one, after you have tried the different multi-sport combinations. They have a pretty wide range of categories to cater to varied levels, so there is surely one for you. I signed up for the Standard Distance Triathlon, which consists of 1.5km swim + 36km cycle +10km run.

Essentially, TRI-Factor has covered the possible combinations between running, swimming and cycling, so there is no excuse. If you don’t like multi-sport, they even have single sport categories. They cater to kids, totally new beginners (freshmen distances) and the competitive adults too. I signed up for the entire four-leg series, giving each different combination a try.

TRI-Factor announced last week that it is launching new races across eight new countries in Asia by 2017 and an app will be released later this year, to allow athletes to connect with other athletes.

The two-year Grow Stronger, Live Better campaign by TRI-Factor aims to reach out to over 100,000 athletes with varying capabilities, giving them the chance to compete in a type of race that suits them. With so many multi-sport options and wide range of ability level within each discipline, there is something for every one.