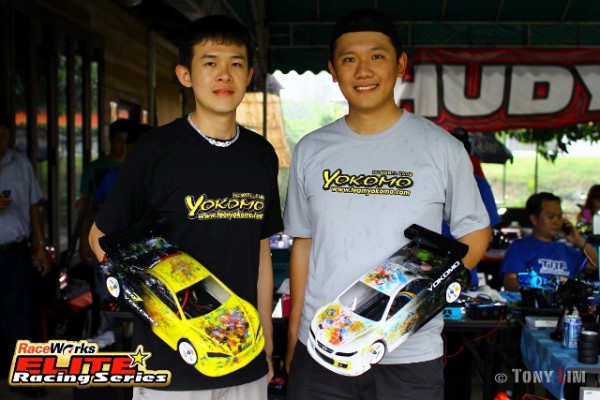 The season has flown past in a blink of an eye and the final round of the inaugural RaceWorks Elite Racing Series is just round the corner. This Sunday, the first champion of the Elite Racing Series will be crowned and Alvin Koh of Team Tamiya SG is looking good to take that coveted title. Meanwhile, we have interviewed all the teams except Team Yokomo Singapore, so here we shine the spotlight on their drivers Marcus Choo and Alan Leung. 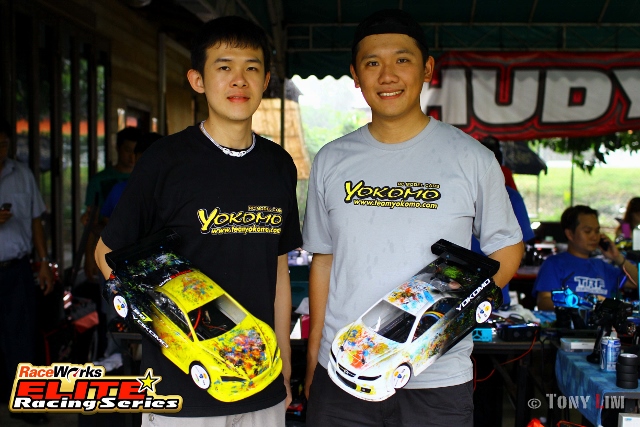 Team Yokomo Singapore was formed at the start of the year with the purpose of taking part in the Raceworks Elite Racing Series. Drivers were first selected based on their overall positive personal attitude and then for their experiences in RC racing. The objective of the team is to try and get more people into the RC car hobby, promote the Yokomo brand to the general public and also support drivers in this season.

Enjoying the feeling of having maximum control over the car, Marcus relishes the special bond between driver and car when racing.

“One amazing thing is that almost everything done to the car, from hardware to software changes, can be felt through the transmitter to the driver. This goes to show that everything matters when it comes to shaving off tenths of a second off a lap,” said the 25-year-old aircraft maintenance licence trainee.

Mad about racing and motorsports, RC racing has helped Marcus to change his perspective about some things in life. He also enjoys racing with friends.

Marcus’ love affair with RC cars started after he visited the Mini-Z shop and saw “the small cars zipping by the indoor track”. He then started playing with Mini-Z when he was about 16. Those two-wheel-drive 1/24 pan cars are about the size of your palm, but the steering and throttle is fully proportional so they are almost equivalent to the 1/10 touring cars. There are many different kinds of body shells which are very attractive, to the point that Marcus has 30 of them at home!

With a love for Formula One and Japanese cars, Marcus got into the scene pretty quickly and it helped that the community is really friendly and fun. His first race was a Mini-Z race back at the same shop. He signed up for fun and with the MR—02 chassis and Mugen NSX shell, he got a trophy for B-main champion and then got hooked on racing.

For those who are new to RC racing, Marcus feels that they shouldn’t worry too much about not being good enough, as everyone has to start somewhere. He believes that regardless of the outcome of the race, having fun with like-minded people and enjoying the race experience is more important.

For the future, Marcus hopes that more people will get to know about RC cars and start to enjoy them. Ideally, he wishes for an RC hub where all forms of RC vehicles – including planes, boats, tanks, buggies, touring cars and motorbikes – can be found in one place. He also thinks that Singapore, and its hot weather, can do with an indoor air-conditioned tarmac RC car track!

His thoughts on the first ever Elite Racing Series?

“I think it’s an interesting format and it is a good opportunity to test our skills against other team’s drivers, since I’ve never really raced with them before. It is a good platform to share and meet drivers from different backgrounds.

My aim was to meet more drivers and help them in whatever way possible. I want to help promote the Yokomo brand and also get back up to speed after being rusty as I was out of action due to national service and university commitments.

After six rounds, I’m less rusty now but I have to refine my skills and understand the Yokomo BD-7 better. Along the way, I’ve met more drivers and I seek their help instead!

There was too much rain this season! I know that can’t be controlled; but another area of improvement would be to have an avenue of sharing for setup between the drivers. The Elite Racing Series uses different tyres from other series so it is hard for us to share with newbies.” 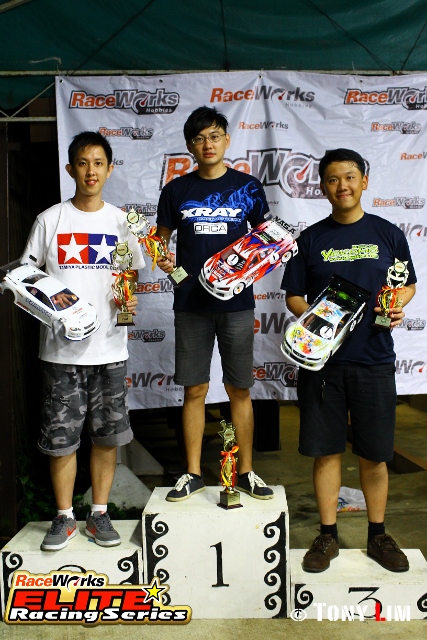 Alan’s relationship with RC cars began during his primary school days when his parents got him his first hobby-grade RC car as a Christmas present. It only had a small battery capacity hence having a really short playtime, resulting in Alan losing interest eventually. The 28-year-old project engineer’s interest in RC cars only renewed just before he enlisted for national service when he came across an article about small-scale RC cars in a magazine.

His first RC car race was a few months after he restarted the hobby and he didn’t do very well, only remembering that he felt like a road block on the track. That experience encouraged him to improve his driving and catch up to the experienced drivers though.

“Actually, I like to tune RC cars more than racing them as I am interested in car physics. RC cars are not much different from real cars, where we can change its handling by adjusting the weight shift, balance and tyre contact. The main factor is that RC cars are safer and less expensive to run while I experiment with different setups,” Alan said.

He added, “I prefer to be the one experiencing the joy of driving than looking at others enjoying the drive, so I focus on development in technology and concepts instead of the race results when I watch either event.”

Alan has a strong RC drift background and he is even one of the judges in the in Autodrift Yokomo Drift Series (by the same people behind Team Yokomo Singapore). He shuffles between RC drift and RC touring cars, taking part in the Tamiya Asia Cup GT Class as well.

His thoughts on the first ever Elite Racing Series?

“It is a great series that showcases the chassis from different brands and also provides technical support for other drivers. The visibility of the track dividers can be enhanced though.” 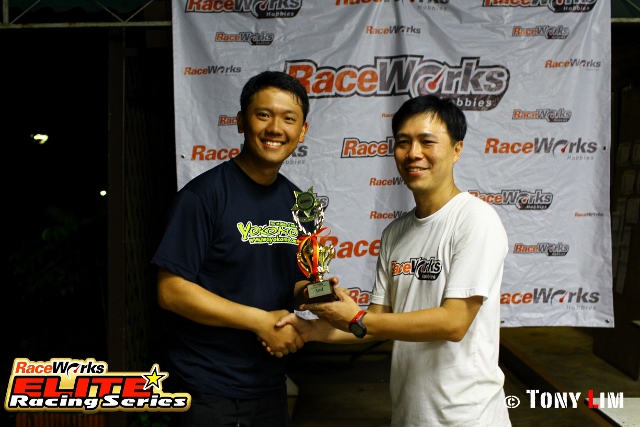