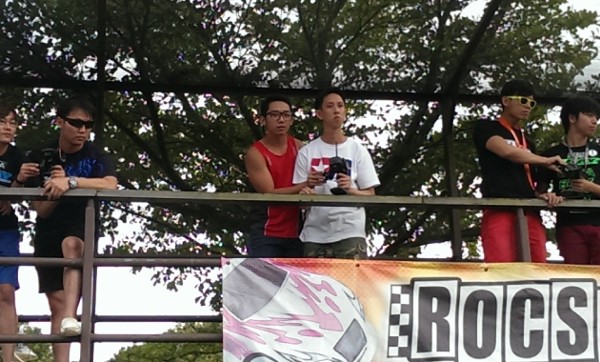 Teams started arriving early at Bottle Tree Park on Sunday to prepare for the seventh and final round of the RaceWorks Elite Racing Series. It has been a long season with too much rain and finally everything was coming to an end. Skies were threateningly overcast and light showers fell around noon. Thankfully it cleared up quickly, causing only a 20-minute delay so racing could get going. 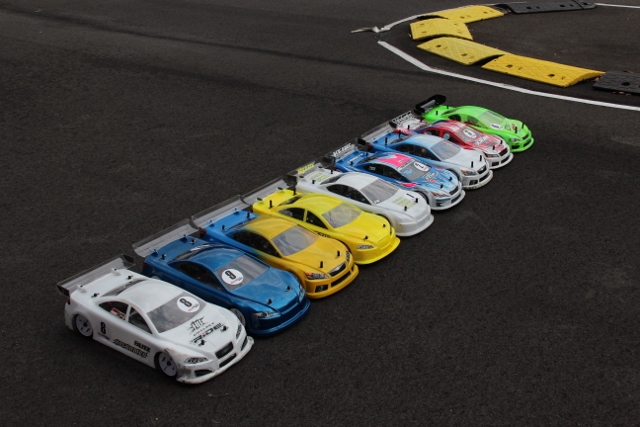 Team Tamiya SG’s Nicholas Lee rushed down to the track just in time for the first qualifying after running the Army Half Marathon in the morning – hopefully it helped to give him an incentive to run faster!

In the first qualifying session, Alvin Koh of Team Tamiya SG was the fastest as closest competitors PY Tang of Team Xray Singapore and team-mate Nicholas faced DNFs (Did Not Finish). Alan Leung of Team Yokomo Singapore and Leonard Sim of Team ARC Singapore were second and third respectively. 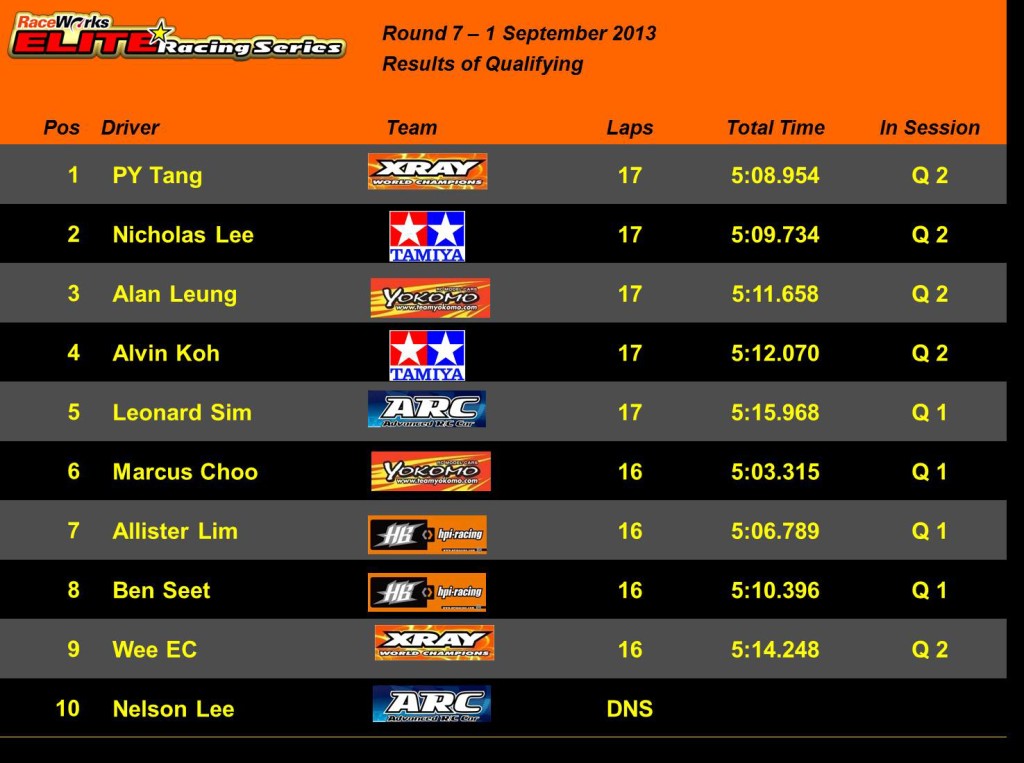 Starting the race based on qualifying results, drivers drove hard with the sun now fully out and track temperatures rising. Alvin grabbed the lead at the start from P4 after avoiding the mayhem at Turn 1 on the first lap, followed by Leonard. Nicholas and PY were involved in the Turn 1 incident and dropped to the back of the field, forcing them to work harder to fight to the front. Leonard was the first of the front runners to experience car trouble and then Alvin got entangled in an incident on lap 4 and fell off the pace.

All this while Nicholas was working his way to the front, finally crossing the finish line first at the end of five minutes, with PY 2.394 seconds behind. Marcus Choo of Team Yokomo Singapore was third, ahead of his team-mate Alan in fourth, marking their team’s strong pace for this race. Alvin eventually finished fifth.

Based on Leg 1’s finishing order, the second leg started smoothly and was relatively tame in comparison. Starting on pole, Nicholas ran away in this round for a pole-to-flag win, with PY in second place one lap behind and Alvin for third. Having already clinched two wins, Nicholas just needed another win to seal the overall win for the day.

Starting at the back of the grid was no problem for Nicholas – he was up to fourth by the end of the first lap and then found his way to the front for the lead, before winning Leg 3 and hence securing the win for Round 7.

Alan finished second one lap later, with PY in third after battling a couple of racing incidents. It seemed to be a bad day for Alvin, as he suffered from car trouble midway and finished at the back.

Team HB/HPI Racing’s Ben Seet then scored one of his best finishes of the season, taking fourth place with his team-mate Allister Lim just behind. 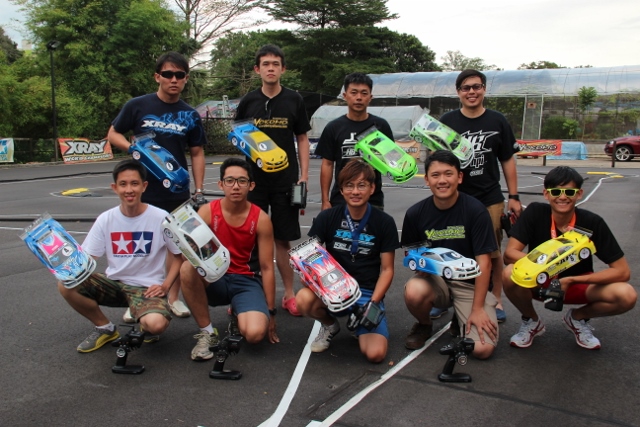 Once again applying the random reverse draw for the last final, this time the number ‘6’ was picked, hence the 6th place finisher of the third leg was on pole for this leg. After three disastrous legs, Alvin was hoping for a good result so he could finish on the podium. However he faced competition from Alan who was aiming for this second podium finish of the season.

Although he started in sixth, Nicholas managed to find his way through the field and finish out front again, making it four wins for a perfect day. 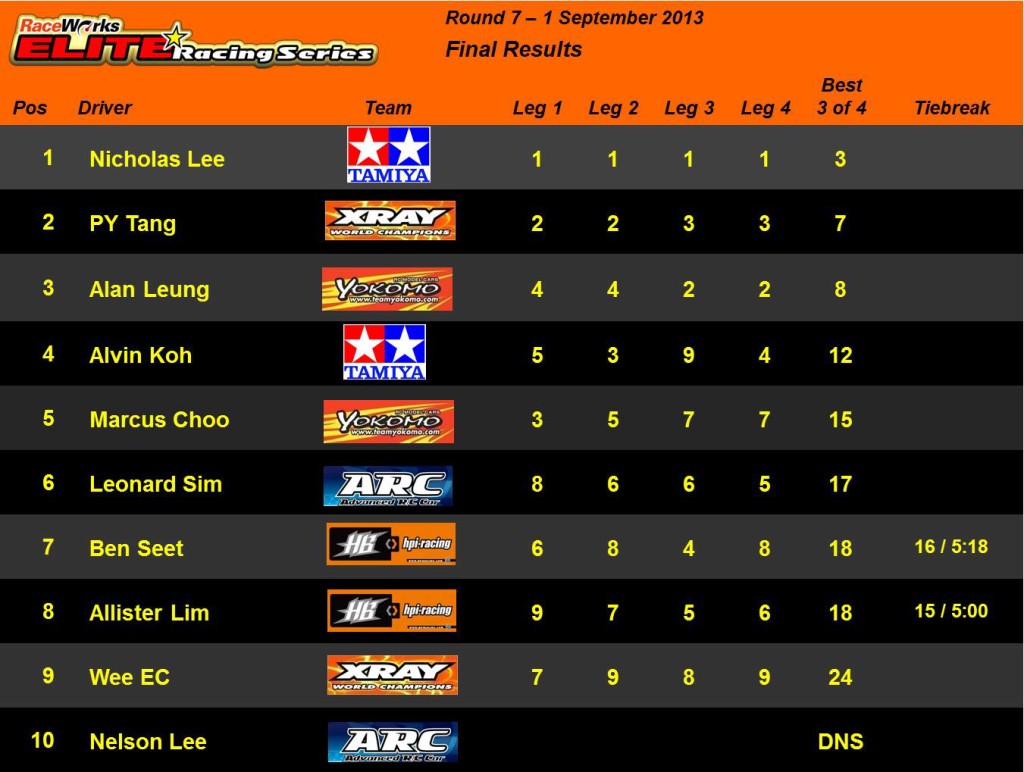 Although Alvin’s results for this last round were less than satisfactory – he missed the podium for the first time – his consistency throughout the season paid off and he came out overall tops for the drivers’ championship with 61.5 points, just two points ahead of PY.

Nicholas, who was the favourite to win this Series, suffered bad luck for some rounds when he faced car troubles and knew his chances of winning the championship were slim. Nonetheless, he managed to finish overall third despite it all. Finishing just half a point behind Nicholas was Alan. 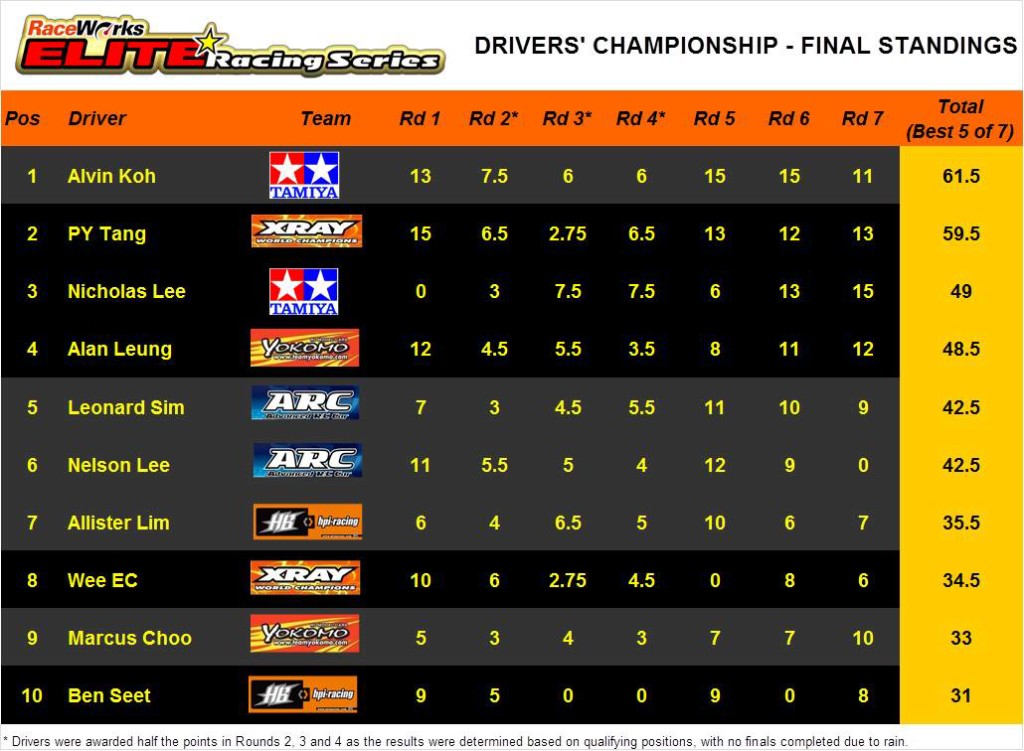 With Alvin and Nicholas finishing within the overall top three, no prizes for guessing the overall team champion. It was Team Tamiya SG who took a convincing win with 109.5 points to second-placed Team Xray Singapore’s 94.5 points.

Now that the main competition completed, it was time for some fun and a special one-off race was held, with a S$100 cash prize. Called the Race of Couples, each team competed in a five-minute shootout with only one car. One driver controlled the throttle, while the other would steer the car. With no prior practice or notice, everyone was put on fairly equal ground and it was interesting to see how the teams adapted to this special race.

Team Tamiya SG’s Alvin and Nicholas proved their mettle and was the fastest to adapt, displaying great teamwork and coordination, winning this special race ahead of Team ARC Singapore. Team Xray Singapore finished third. Interestingly, the best lap times clocked in this race by Team Tamiya SG was just 0.6 seconds slower than their usual race pace. 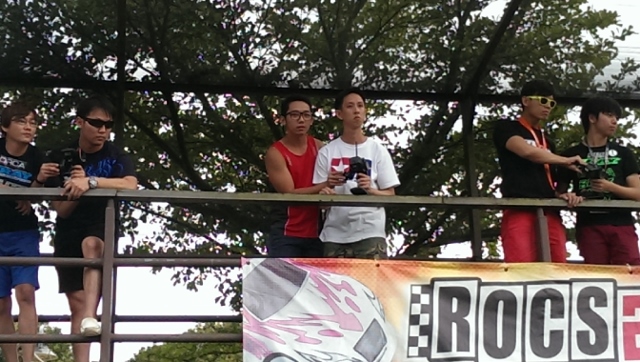 That brings us to the end of the inaugural RaceWorks Elite Racing Series and it was fantastic to see Alvin come back from his hiatus to take the overall championship title. Hopefully next season will not have so much rain! 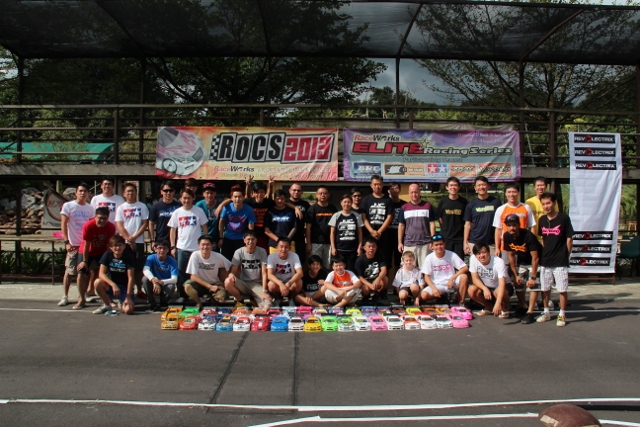