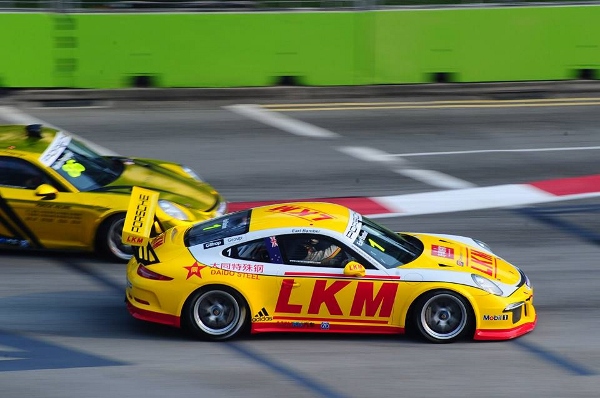 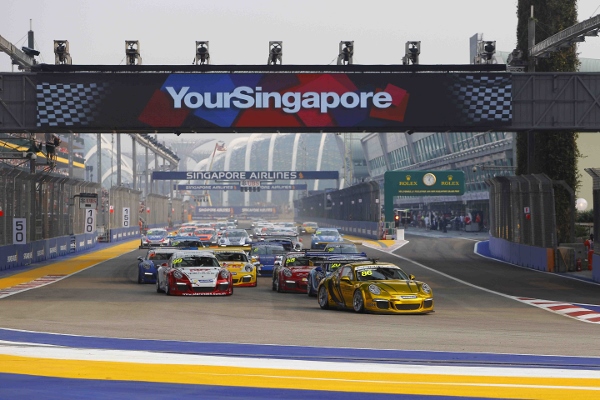 His blazing time of 2:16.736 in qualifying firmly set him up at the front of the pack, but a post-race penalty for exceeding track limits relegated him five positions down. That did not stop the 24-year-old LKM Racing driver from getting the win, except delaying his dominance for half the race.

By the end of the first lap, Bamber was up to P3, behind Team Porsche Holding’s Martin Ragginger (#86) and new pole-sitter Alexandre Imperatori (#99) of PICC Team StarChase. Three laps in and he overtook Imperatori on the fourth, before hunting down then race leader Ragginger who was only nine-tenths of a second ahead. 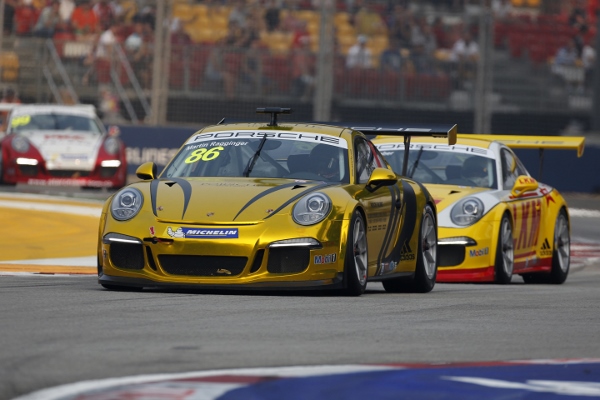 It wasn’t long before Bamber was all over the back of Ragginger, aggressively trying to find his way past, finally succeeding on Lap 7.

That was the last we saw of Bamber as he took off and pulled a 4.8-second gap to the end. Ragginger faced some pressure from Imperatori, but managed to stay half a second ahead to take second place. 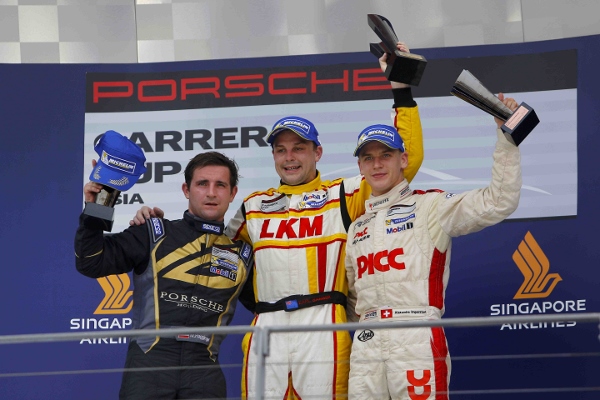 “It was a tough fight with Alex (Imperatori) and Martin (Ragginger), but it was clean and fair so it was really good on everyone’s behalf,” said Bamber after the race. “The LKM Racing team gave me a very good car and it made my job easier. The Marina Bay street circuit is really good to overtake and there are lots of opportunities to cross each other. Moreover, the sequence of corners makes it really possible to pass. We now look forward to Shanghai!” 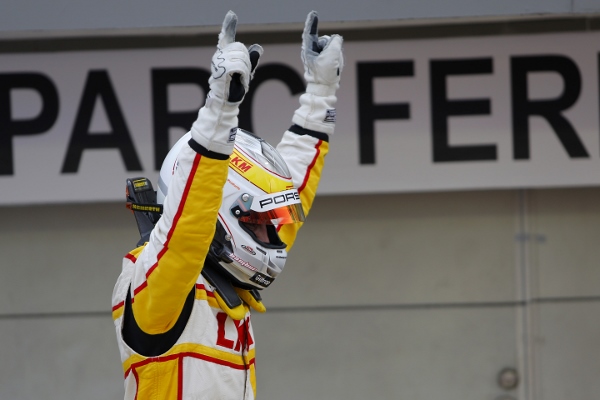 Over in Class B, it was an intense battle between Singapore’s Yuey Tan (#5) of Dorr Havelock Racing, Francis Tjia (#21) of OpenRoad Racing and Alif Hamdan (#72) of Nexus Racing. At one point they were just within one second of each other! 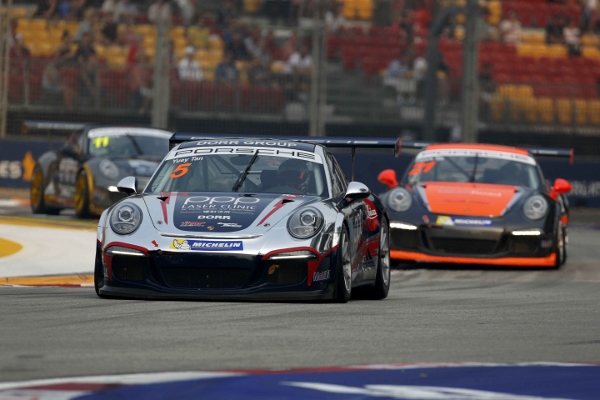 Hamdan qualified the quickest of the lot, but he had a bad start and an incident at Turn 2 put him to the back of the field. He charged his way through the field and caught up to Tjia, but in a moment of excitement, clipped the back of the latter and caused him to spin.

Tjia managed to rejoin the race quickly and finished third in class, behind Tan who got overtaken by Hamdan in the last lap. Unfortunately, the incident between Hamdan and Tjia resulted in a 30-second post-race penalty for Hamdan, costing him the Class B win as a result.

That gave Tan the class win, making him the first Singaporean to win the Porsche Carrera Cup Asia on home ground. “This is my sixth time racing at the Singapore Grand Prix weekend with the Porsche Carrera Cup Asia. It is a little sad the way my victory came – due to a penalty for Hamdan – but nonetheless winning on home soil is a very special moment and the best feeling in the world.” 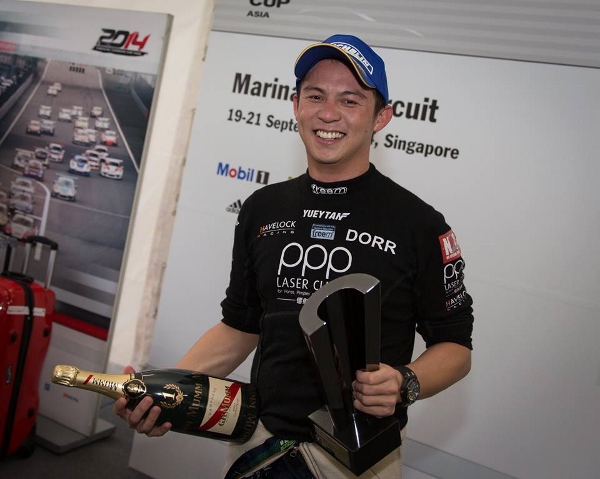 The series now heads to Shanghai for the closing rounds of the season on October 18 and 19.

Bamber continues to top the overall standings with 158 points, followed by Ragginger with 137 and Budweiser Team Absolute Racing’s Ho-Pin Tung with 118 points. Despite the unlucky race for Hamdan, he remains top of Class B with 151 points, closely followed by Tjia’s 148 and Tan’s 146.