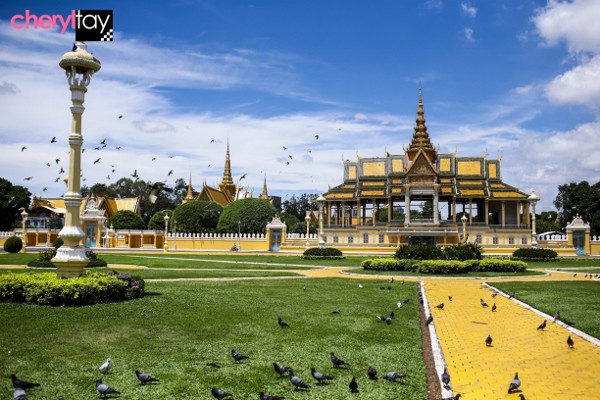 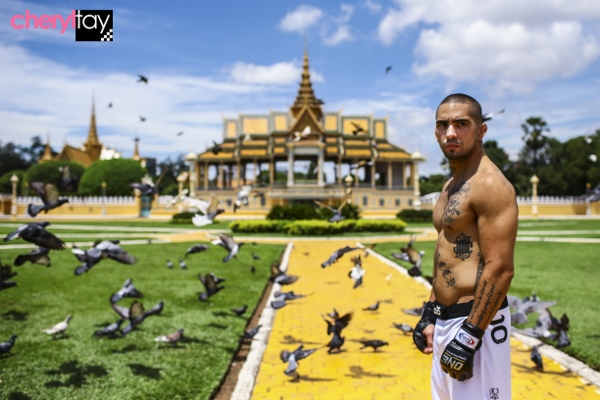 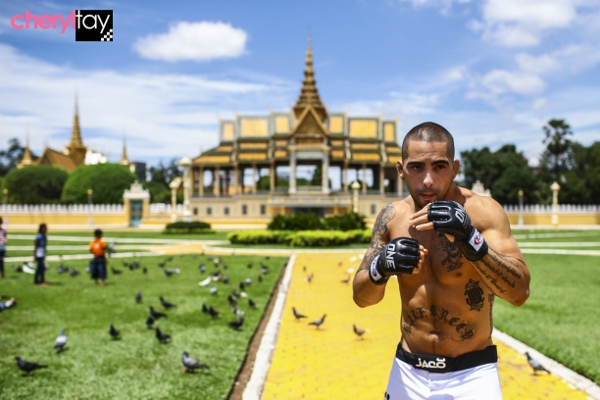 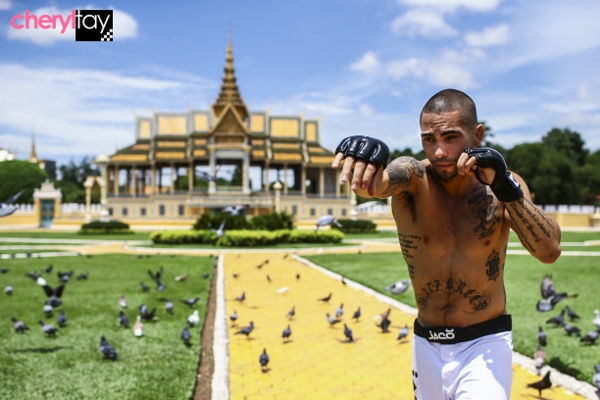 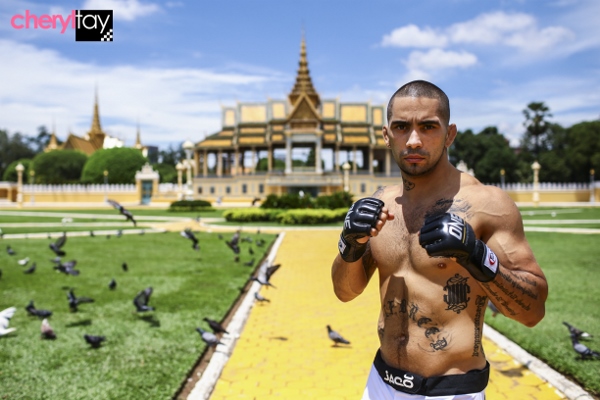 Pardon me, when I first saw American mixed martial artist Caros Fodor, I thought he holds a resemblance to Formula 1 two-time World Champion Lewis Hamilton. Ok, Hammie is smaller but there is a slight resemblance – I insist!

Anyway, these are a few behind-the-scene shots of his shadow boxing for the walkout video, taken in Cambodia for his fight at ONE FC: RISE OF THE KINGDOM. It was a lovely day with the right shade of sky blue blended with the colours of the Royal Palace, plus the pigeons gave an added ‘Wow’ factor. I just had to share these pics with you! 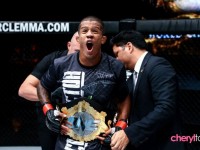