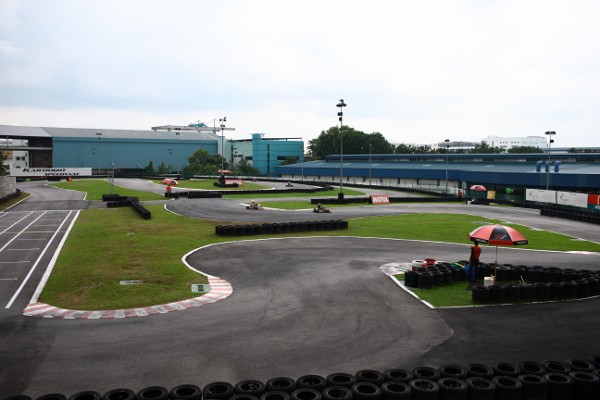 I arrived at Kartright Speedway a few minutes before 9am, just as the drivers and teams were settling in for the drivers’ briefing. Something was amiss. The atmosphere of the track just did not feel right and it was empty – race officials were absent. From what I understand, this is the first time in the history of Singapore karting that this has happened.

Newly-elected President of the Singapore Motor Sport Association (SMSA) Leslie Chang addressed the group and he regretfully told them that the volunteer marshals have pulled out so Singapore Karting Championship (SKC) Round 3 will be postponed. As an alternative, the  karting will still carry on, but as a club event called the Kartright Community Challenge.

Both drivers and teams were furious, and angry words were rife. One parent said, “This is unbelievable. How can this happen in Singapore? I took my boy out of school yesterday for practice and now this.” Another driver said, “We invested time and money to prepare for the SKC. Some of us take leave from work and school, some fly in mechanics from other countries. Who are going to compensate us?”

Chang was quoted in TODAY Online saying, “SMSA had been talking to the officials about their responsibilities and duties, and we were talking to them until as late as yesterday. I had held out hope they would turn up this morning, but that did not happen. We will now let the SMSA disciplinary committee handle them. We have other marshals on our roster, but before they can officiate in any event they must have a trial run to make sure they are able to coordinate with one another. Our priority has always been safety for the drivers and we will plan for the resumption of the championship in due course.”

Speculation is going around about the reasons for the boycott, with some believing that one factor is the tension between parents of drivers and the officials that intensified after a particular incident at SKC Round 2.

After the announcement, Kartright Speedway took over the event and drivers and teams were given the option to race in the Kartright Community Challenge. Some decided to leave and only 22 drivers across five categories remained. Nick Cook, who finished second to Jon Lee in the Junior category, said, “Thank you Kartright Speedway for organising this as an alternative.” Preferring to remain anonymous, an observer added, “It was great to see that the kids went home happy and the event ran on smoothly. It was converted to a club challenge without safety concerns and we witnessed some hard racing.”

Dates for Round 4 and 5 for the SKC have been set prior, but postponement of Round 3 will be announced at further notice. 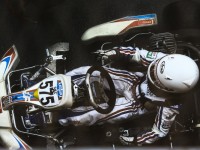 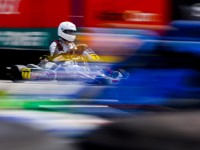 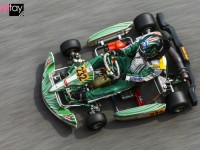