New karting track in Kranji to be ready by mid-September 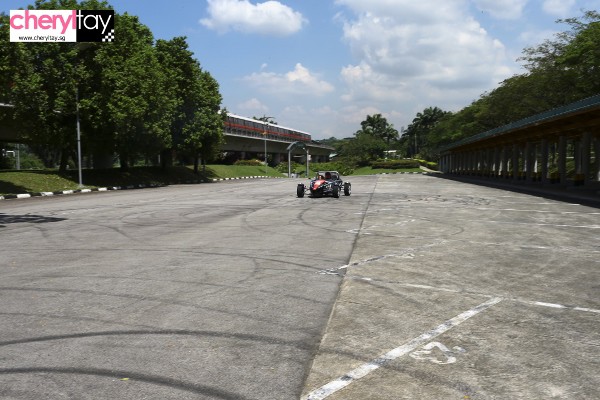 The coach bay at the Singapore Turf Club will be transformed into a 950-metre karting track by mid-September, in time for the 2014 Singapore Airlines Singapore Grand Prix. First reported on TODAY Online, this Kranji track will be built by construction company Arina International Holding, the same people behind the KF1 Corporate Challenge at the F1 pit building.

According to the report, the Turf Club is leasing that plot of land to Arina in April for three years at a cost of S$450,000, with an option for another three. Arina, which is run by Richard Tan, will also invest another S$1.5 million for the construction work, including resurfacing of the ground and building of the paddock. Tan also runs Arina Hogan Builders, which sets up the lights for the Singapore Grand Prix. In 2011, he funded the S$1.5 million Singapore Badminton Hall in Geylang and this karting track is another personal investment for him too.

From the report, no name has been given to this track yet, but it will be the second permanent karting track after the 700-metre Kartright Speedway started operations in October 2009. Last year, there was the 1.1-kilometre Changi Karting Circuit which opened for six months but had to close after failing to get renewal on the land.

A length of 950 metres would make it eligible for CIK-FIA Grade C licence (see CIK-FIA licence criteria here) which means they can host CIK categories and international series (see categories of circuit licences here), but not the CIK-FIA World Championships as that require CIK-FIA Grade A licence and a track length of at least 1.2 kilometres. Kartright Speedway hosted the Asian Karting Open Championship last November, the first international (Asia zone) karting event in Singapore in 20 years, under the CIK-FIA Asia Zone Grade C licence.

“This additional karting track will provide the versatility of training on both circuits, that would differ in terms of layout and corners. It is welcoming to our local motorsport community, where there are many enthusiasts and even serious kart racers,” said Aaron Hia, editor of local motoring magazine REV.

Leow Ju-Len, editor of CarBuyer.com.sg added, “The karting community must be excited, but amateur or recreational karters like me should look forward to this new track too. Let’s not forget that karting is a fun day out for anyone, and the option of a second venue is great news whether you’re seriously mounting the motorsports ladder or just out for a few laughs.”

Prior to this track, this coach bay has been a popular site for motorsport events, such as gymkhanas and defensive driving, which means they will have to find another site to hold these events.