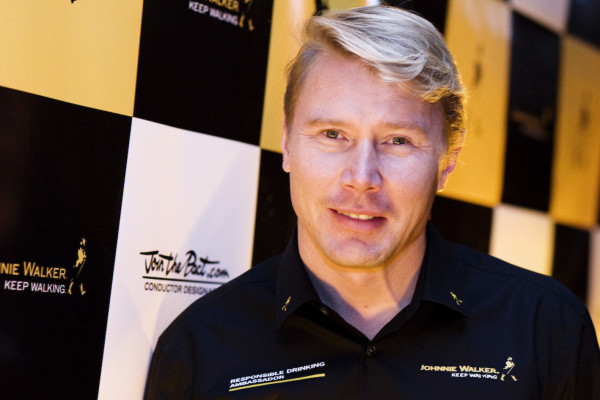 While waiting to interview Mika Hakkinen, who was in Singapore for sponsor commitments, one of the other journalists in the group said he read reports about Mika’s arrogant attitude and was feeling a little worried. I frowned at this because I had the privilege of meeting the two-time Formula One world champion in 2010 at Siena, Italy, where his son Hugo was racing in a World Series Karting event, and Mika was really nice to me! 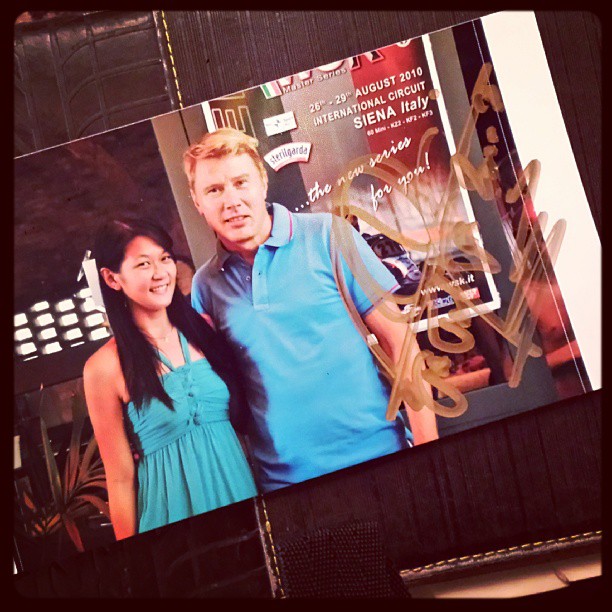 I spoke to him and he told me how watching his son – then nine years old – is more nervous than battling against Michael Schumacher on the track. He gets very agitated and excited when he watches his son racing, shouting for his son and jumping up and down. He even waved hello to me every morning when I saw him at the track.

Well, the 44-year-old Finnish was exactly how I remembered him to be, just as charming as ever. He only recognised me after I passed him a photo that we took in Siena to autograph.

Mika won the world championship in 1998 and 1999 with McLaren and retired in 2001. Today, he is still involved in the sport, working with McLaren’s sponsors Johnnie Walker and Gillette, and also as brand ambassador for Mercedes-Benz AMG. He was in Singapore this time for two appearances – on Wednesday he was at Clarke Quay with current McLaren F1 driver Sergio Perez to announce Johnnie Walker’s partnership with SMRT. Then on Thursday, he made his first appearance for Gillette with “The Gillette Great Face Race”, a remote-control car competition where he competed against local enthusiasts, in conjunction with the launch of the new Gillette Fusion ProGlide SilverTouch razor.

Q: What do you miss most about Formula One?
A: The feeling of standing on top of the podium! It’s a great feeling to win a race and stand in the middle of the podium. However, that’s not everything in life; it’s not about the ego. It’s great to win and win for the team; I miss the team spirit. I also miss driving the fastest cars in the world, which gives me a fabulous feeling. A Formula One car is tailor-made for you, with everything measured just for you. It’s a great feeling! Sometimes when I do promotional driving with my old championship car, I sit in it and feel fantastic.

Q: How did you find the motivation for your driving?
A: It took me seven years in F1 before I won my first race at the 1997 European Grand Prix. It was difficult and for six years I woke up every morning asking, ‘when is it going to happen?’ You’ve really got to push yourself hard, believe in yourself and ask why you aren’t winning. Did I do something wrong? Is it the car or the team? When you start putting things together then you realise there are a couple of reasons why you aren’t winning. You need to understand where you are, what you do and why you aren’t achieving success. Motivation is believing the right things and believing what you do. It was tough in the beginning, but after I started winning, it was great to wake up in the morning.

Q: Do you still get nervous watching your son race?
A: He’s 12 now and still racing in the cadet category, where the karts can go up to speeds of 110km/h. It’s a horrible feeling watching him race and now I know how my father felt when I was racing. But while I enjoy the feeling of standing on top of the podium, the feeling of seeing my son win a race is greater.” 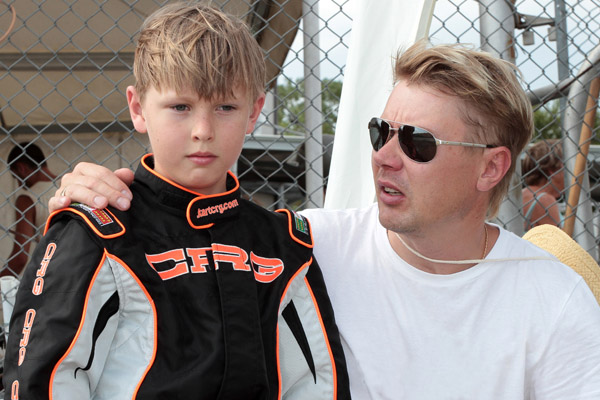 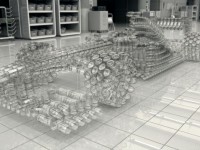 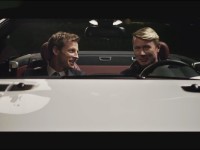