Designed by world renowned Hermann Tilke, the KF1 Karting Circuit is aimed to be open sometime close to the Formula 1 Singapore Airlines Singapore Grand Prix, which is happening from 19 to 21 September. The S$2 million-dollar permanent karting facility will be located within the Singapore Turf Club at Kranji and the land is on a three-year lease, with an option to renew for another three after. 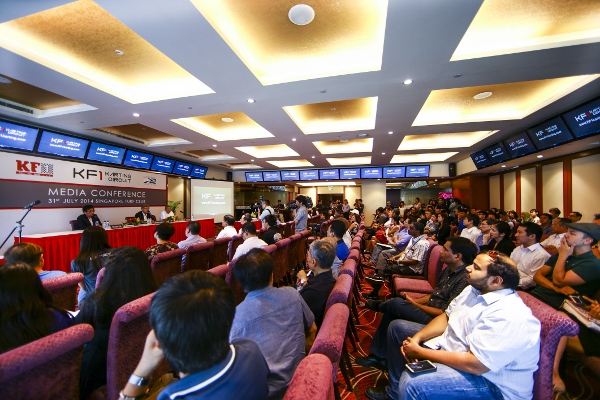 It will be fully funded, built and operated by Arina International Holding Pte Ltd, who are also responsible for the yearly setup of the track lighting of the Formula 1 Singapore Airlines Singapore Grand Prix. Part of the track will run underneath the MRT train track and there will be F1-style team garages with individual shutter doors in its 80-metre-long pit building, as well as a members’ lounge and viewing gallery. 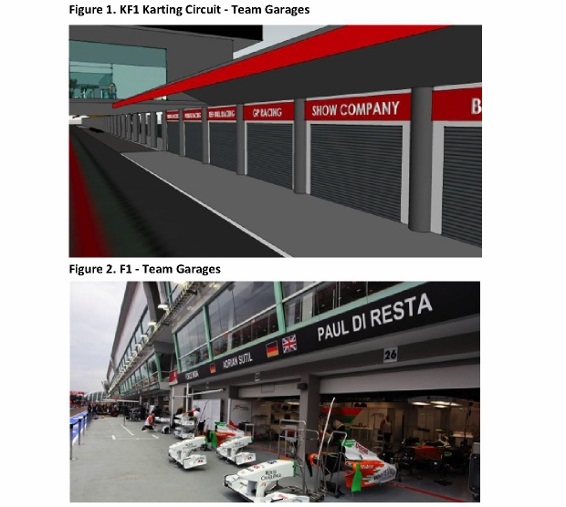 The full track is expected to be at least 900 metres long (with a main straight of at least 150 metres) and it will be able to host CIK-FIA international races. Interestingly, the track can be split into two smaller tracks (one will be 510 metre and another 390 metres) and two different races can be run at the same time. The track can also be used in both directions. 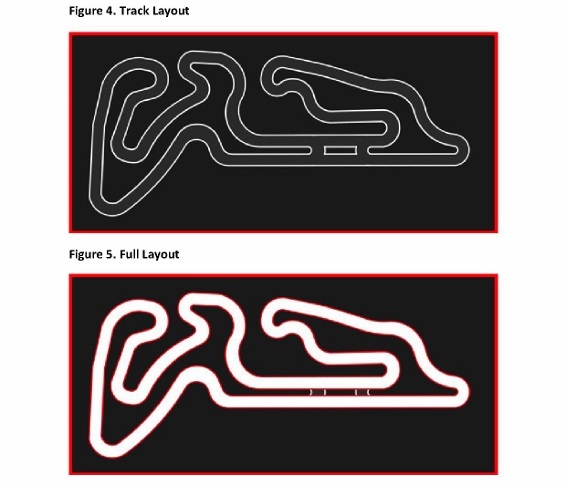 Hermann Tilke of Tilke Engineers & Architects has been credited with designing more than 65 tracks worldwide, including the Formula One circuits of Shanghai, Abu Dhabi, Istanbul, Bahrain and Texas. He is also the one who designed the Sepang International Circuit and will be designing the upcoming FASTrack Iskandar.

“With a compact track like the KF1 Karting Circuit, spectators will be able to view all the action, thus we can expect the races to be very exciting.  There is also a slight elevation in the track so that will make races exciting,” said Hermann who flew in to Singapore for the press conference. 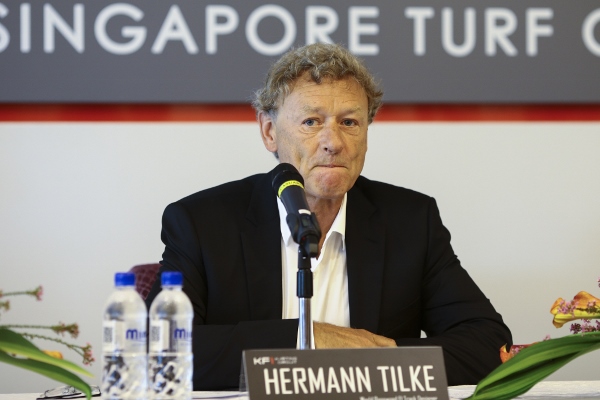 Colin Syn, deputy chairman of Singapore GP Pte Ltd, was also part of the speaker panel at the press conference. He commented, “I feel like how I did back in 2008 during the first ever Formula 1 Singapore Grand Prix. The excitement is immeasurable and it’s like another dream come true. I dreamt of F1 coming to Singapore and now we have a permanent karting track. Singapore GP will try to help him as much as we can, such as bringing down F1 drivers during the Grand Prix week. Richard is confident that he will have it ready by then!”

“It has been a stressful month for me. We only received approval from the Singapore Land Authority today in fact. Also, we met SMRT and the Land Transport Authority yesterday for the second time and they gave us their nod of approval to race under the MRT track,” Richard added.

“With my experience in setting up F1, National Day, Barclays Singapore Open and  HSBC Women’s Championship, I want to make this karting track truly world class, with a dream of making it the best in the world. For example, I will be bringing the same lighting technology I used for the Marina Bay street circuit to KF1 Karting Circuit.” 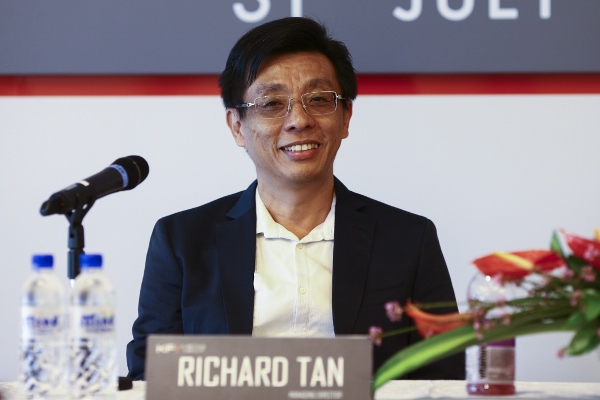 Richard has been successfully running his KF1 Corporate Challenge since 2011 at the F1 pit building and will be bringing back the fourth season this year, alternating between the F1 pit building and this KF1 Karting Circuit. With a strong base of KF1 members, a private membership launch was held for them prior to the opening of the track and all 50 slots were taken up in two days.

Membership prices for the KF1 Karting Circuit have been released too. These apply to pro karts only. Members will get to enjoy perks and privileges, including cheaper rates to use the track.  Note that the early bird waiver for membership has ended. 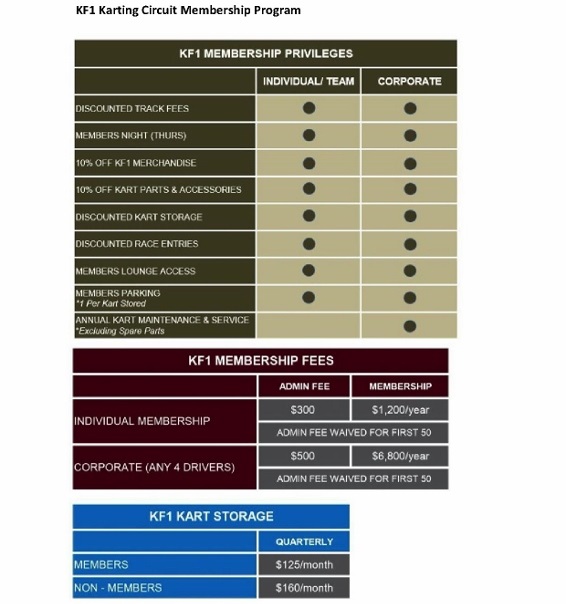 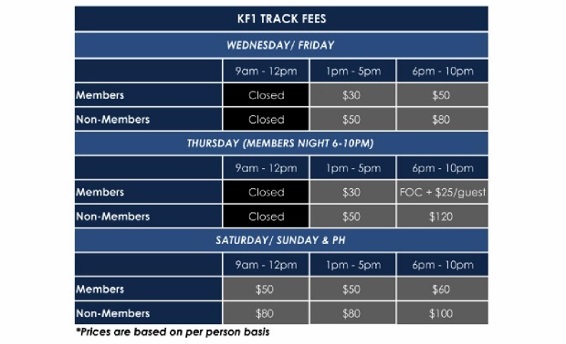 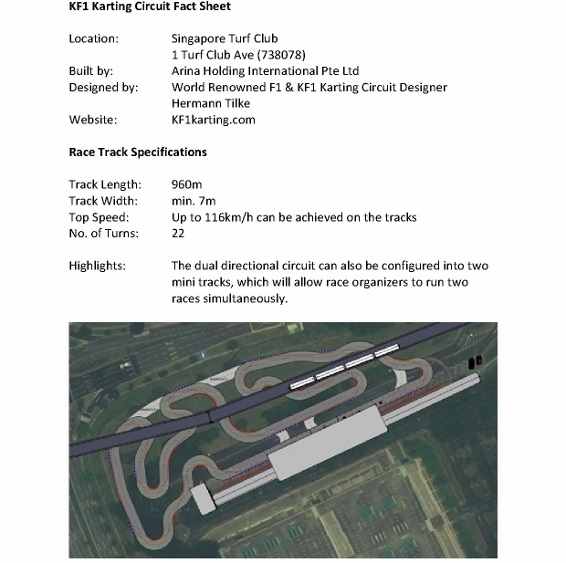 More information can be found on their website here.