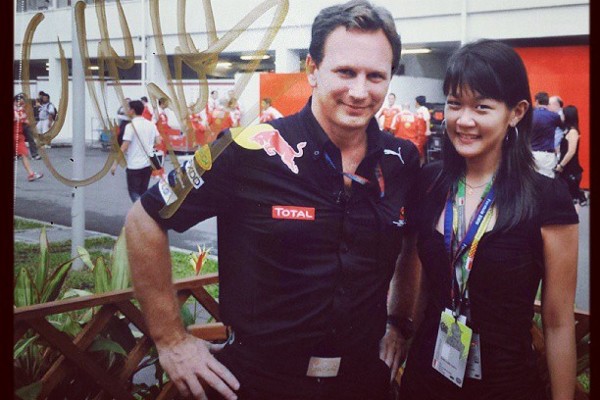 Red Bull Racing arrives in Singapore with a pretty good cushion of 104 points ahead in the team standings and Sebastian Vettel with 53 points ahead of Ferrari’s Fernando Alonso. However, team principal Christian Horner is “not looking at the points table”, he said. “Instead I’m just focused on having the best out of the team this weekend.” 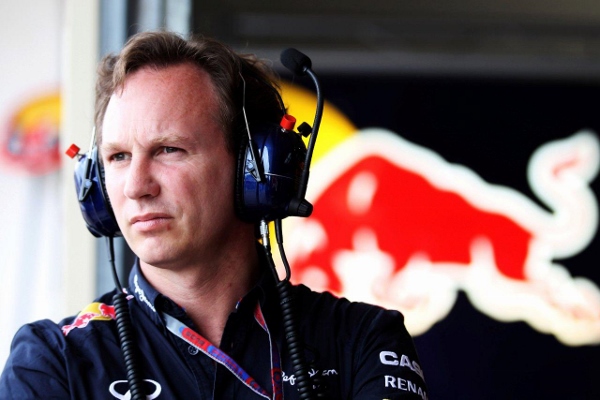 Red Bull Racing was formed in 2005, after buying over the Jaguar F1 team, and Horner was the youngest team principal in Formula One then. The team quickly achieved its first podium finish in only its second year, with David Coulthard clinching third place for the 2006 Monaco Grand Prix.

Vettel replaced Coulthard in 2009 after the latter retired and the team finished second to Brawn GP (now Mercedes GP) with Vettel and Mark Webber placing second and fourth respectively for the drivers’ championship.

Red Bull Racing then went on to win both the constructors’ and drivers’ championships in 2011 and 2012.

Do not ask Horner or Vettel about their chances of winning the championship though; they have a superstition not to talk about it till they get it!

Here’s my interview with Horner:

Q: How is the championship so far?
A: It’s been a good season for us this year but it’s still a long way to go – six more races. We never take anything for granted and we have seen how things can change very quickly. We focus on one race at a time and take things as they go. It’s never in the bag until you see the chequered flag – that’s one thing I’ve learnt in this business for many years.

Q: What expectations did you have when you first became team principal of Red Bull Racing?
A: I was very ambitious from the start and wanted to win. It was also Dietrich Mateschitz’s (founder of the Red Bull energy drink company) ambition and I was fortunate that he empowered me to make the changes and bring in what we needed to achieve some of that success.

Q: Has any of the expectations changed?
A: The end goal is always there, but of course there are always challenges along the way,” he said. “With any successful team there will always be challenges and with the opposition, the more you win, the less popular you become with your competitors.

Q: With the changes in regulations year on year, it seems like the FIA is trying to prevent one team from dominating the championship. However, Red Bull Racing has managed to be successful the past three years. What’s the secret?
A: Stability, continuity and team work.

Q: Next year, there will be a  big change, with the current 2.4-litre normally-aspirated V8 engines downsized to 1.6-litre V6 turbo engines. Some teams have already come out to say that they have already dedicated their resources to developing next year’s car. How will Red Bull Racing split its resources?
A: It’s a juggling act as we try to develop the current car whilst also designing RB10; it’s stretching us to the max. There are some extraordinary efforts going on in Milton Keynes at the moment and there is a huge amount of passion and desire that burns within the team. We won’t know what the pecking order is until we get to the first race in Melbourne next year. There are more restrictive regulations for the chassis and a key element is to integrate and optimise that engine. Anyway, we have never been early on designing next year’s car. Adrian (Newey) is always known to be notoriously late and this year to next year is no different. I would be worried if we were early.

Q: With Mark Webber leaving at the end of this year, what do you think of Daniel Ricciardo?
A: I think Daniel is really quick and he’s a star of the future. His performance in the Toro Rosso this year has been strong and he showed potential when testing with us. I think it will take him a few races to settle in, but he knows the team, the structure and how we operate very well so I think it won’t take him long to settle in.

He will learn from Seb (Vettel) and we want two drivers who will push to the maximum. Our hope is that he will push as Seb wants to be challenged because it brings out the best in each other. Daniel is obviously on a steep learning curve but he’s also a fast learner.

Q: Will Vettel ever win seven world championship titles like Michael Schumacher?
A: I have no idea. It’s dependent on so many factors, such as equipment. Is he capable of doing it? Yes, of course he is. Will circumstances allow him to do that? Only time will tell.

Q: Tell us more about Vettel as a person.
A: He is a private person with great personality and great sense of humour, though bad at telling jokes. A person of strong values, Vettel is also described as a very popular member of the team, having bought a bar of chocolate for all the ladies in the company the other day.

Q: If you could try one role in Formula One, what would it be?
A: I would be a journalist so I could ask really difficult questions.