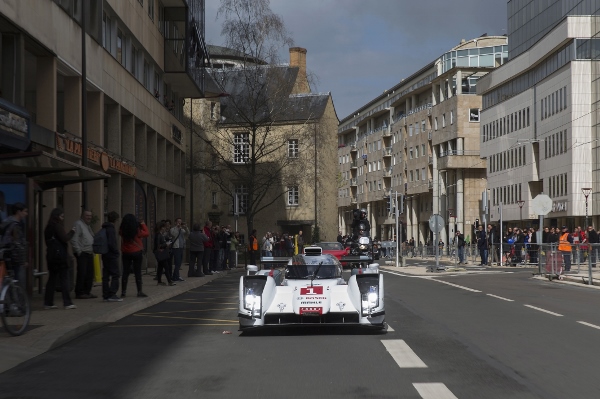 Audi began the 2014 WEC season with a spectacular appearance. The new Audi R18 e-tron quattro did not do its initial kilometers at Le Mans on the legendary race track in Western France but in public traffic. Audi factory driver Tom Kristensen, with nine victories under his belt the record holder of the Le Mans 24 Hours, drove the diesel hybrid sports car from the Saint-Julien du Mans cathedral in the city center to the famous race track. 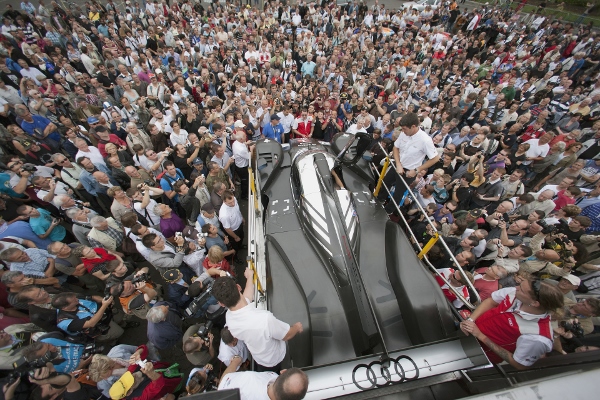 Accompanied by TV cameras and photographers, and featured in a live worldwide broadcast on the internet, Audi’s new LMP1 race car completed the near-ten-kilometer distance through the city in a motorcade, did a lap on the Circuit Bugatti and arrived in front of the race track’s modern Welcome Center amid the applause of the invited international journalists and guests. 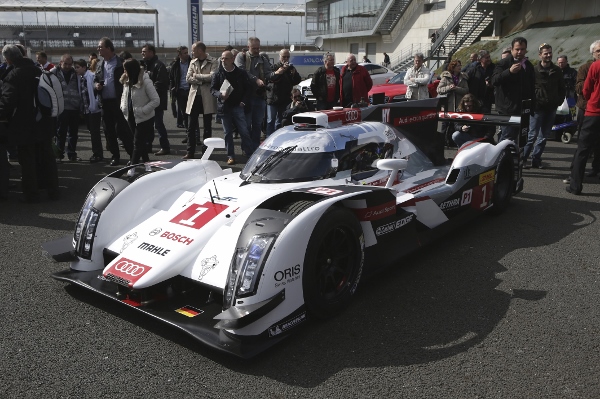 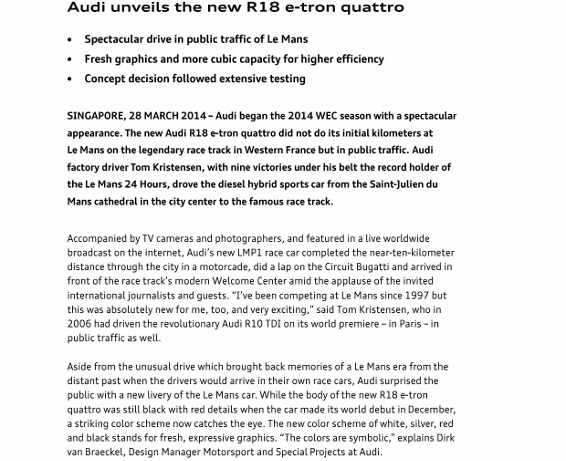 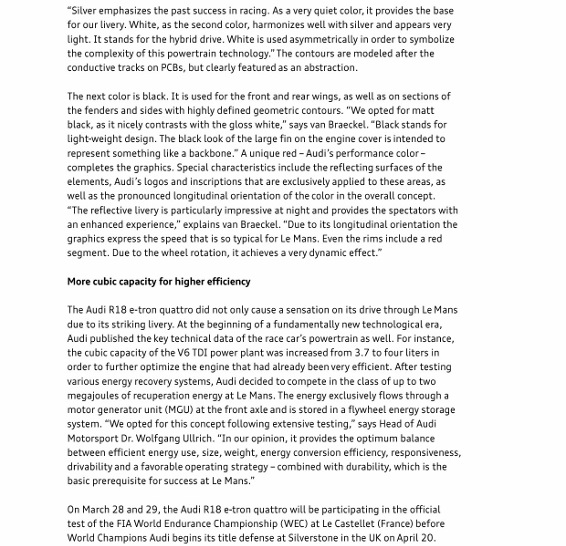