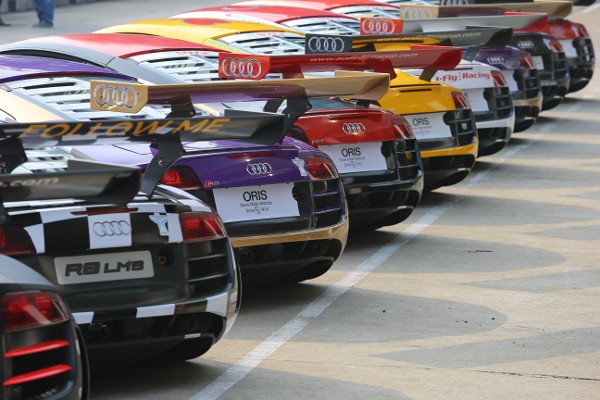 The 2014 season of the Audi R8 LMS Cup will get underway on May 17-18 at the Korea International Circuit in Yeongam, South Korea. With the addition of Yeongam, the 2014 race calendar now includes four Asian Formula One tracks.

The 2014 season comprises twelve races over six race weekends. The sprint race series will visit Formula One tracks in South Korea (Yeongam), Japan (Fuji), Malaysia (Sepang) and China (Shanghai). A street race in South China’s Guangzhou is also included in the calendar, where the cup supports the German Touring Car Championship (DTM). The Cup will perform twice in Shanghai, with the Volkswagen Group Sports Car Champions Festival (SCCF) and then alongside the World Endurance Championship (WEC).

The 2014 season opener was originally planned to be held at South Korea’s Inje. Due to operational uncertainties at Inje, the first race weekend has now been moved to Yeongam. 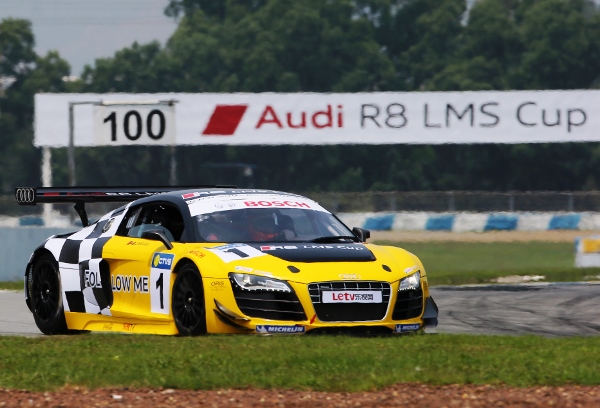 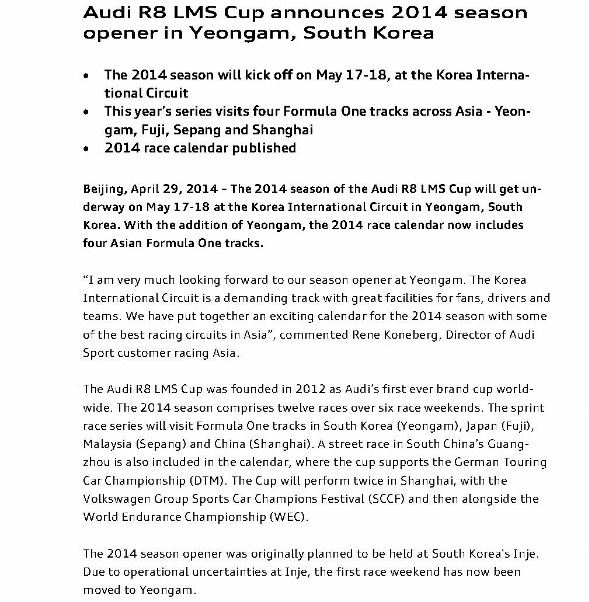 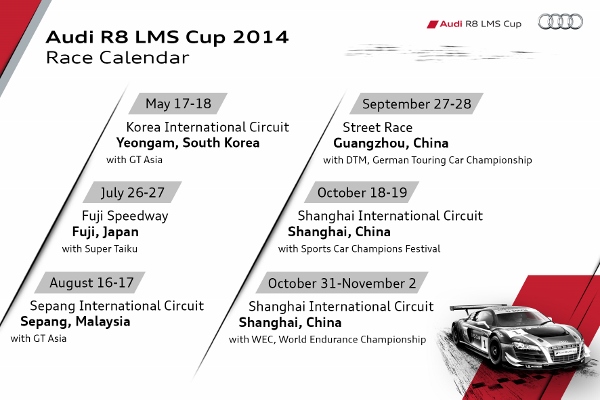