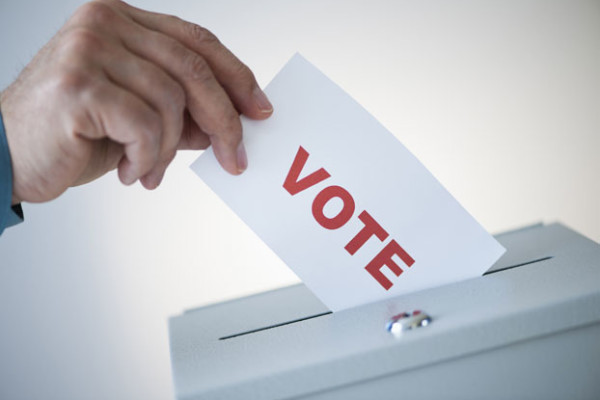 This year, I decided to run for the Singapore Motor Sports Association (SMSA) General Committee 2014/15 as Committee Member. There are four Committee Member spots available and seven people have been nominated. I think it’s time for fresh blood, especially from the younger generation. I hope I could be that first step and breathe new life into the Association. I wanted to be that perspective and be a voice for the younger generation (referring to 35 years old and below). There is a lot more that can be done and we can keep the local motorsports spirit strong.

At the same time, David Wong was running for President (against Leslie Chang) and this is a man I respect and trust. He ran an international racing team for over 20 years – the PETRONAS Syntium Team (and its pair of SLS AMG GT3 cars) was a six-time Super Taikyu champion and a three-time MMER winner, amongst other wins. In the global motorsport scene, he has the influence, the connections and the resources.

The election was held on Friday night at the Temasek Club Auditorium and about 200 people turned up, of which 184 eligible voting members were present. Outgoing President Tan Teng Lip got the AGM going about 7.30pm and we listened to reports from the President, Treasurer and the respective Vice-Presidents of each motorsport discipline. It was about 9pm when it came to the speeches from the candidates. Due to time constraints, each of us was only given two minutes so I had to shorten my speech! I took out my credentials and went straight into what I hoped I could do if elected into SMSA. In hindsight I should have elaborated on my background.

Anyway, the five things I would like to do:

1) Attract more women into motorsport
In 2011 I organised a series of Ladies’ Night, karting clinics for women, and then I formed an all-women kart racing team for the four-hour Corporate Karting Challenge. From that experience I saw how there are women out there who are interested in motorsports, but they just don’t have a platform. Take a look at the auditorium that night – how many women were there? So I hope to create more motorsports events for women…

2) Create an online presence for SMSA
We are living in a modern digital age. Facebook, Twitter, Instagram, YouTube – all these are easily accessible via your mobile phones. I would like to create an online presence for SMSA. Right now they only have a website and a Facebook page that has not been updated since 2011 (not sure if this page is an official one though). In the face of technology these days, there is a need to be updated quickly.

3) Put together a quarterly newsletter
This can come in the form of a very simple PDF dropped into your email inbox, to keep members updated on what they missed and what’s coming up.

4) Find more benefits for SMSA members and increase membership
SMSA is more than just a regulating body. Why should people join SMSA? Right now they only join because they need a racing licence, otherwise they don’t see a reason to pay the fee and join. Membership stands at 500+ at present, although membership number runs beyond 10,000 (if your membership lapses you get a new number). I hope to work with suitable partners and offer discounts/promotions/privileges for members.

I believe my expertise and relevant skills will be of benefit to the Association and thus improve the motorsport scene. If I may dare be bold, SMSA is quite backward and I think the system can be refreshed. I’m not calling for an entire revamp but at least keep up with times and not fall behind.

It came down to a tiebreak between Nish Shetty (who was not present at the AGM due to international stewarding duties) and me for the last Committee Member spot, and outgoing President Tan Teng Lip decided on Nish. I am lying if i said I’m not disappointed. Well, at least I tried.

A huge thank you to those who came down last night and voted for me, greatly appreciated! Don’t give up on your enthusiasm for motorsport – the sport is innocent.