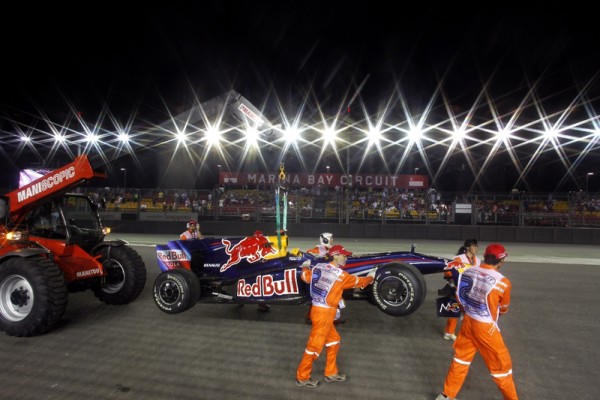 Race promoter Singapore GP is inviting members of the public to sign up as a volunteer race official for the 2014 FORMULA 1 SINGAPORE GRAND PRIX. A total of 180 positions are available. Public registration for marshal recruitment is open from now until 31 March 2014 (11.59pm, Singapore time).

“Volunteer race officials play an integral role to ensure that the race is conducted in a safe and sporting manner,” said Gabriel Tan, Clerk of the Course, Singapore GP Pte Ltd. “The FORMULA 1 SINGAPORE GRAND PRIX consistently enjoys one of the highest race official retention rates. This year, 88% of our officials are returning to volunteer to be involved in the sport again. It is heartening to see that all our marshals are very dedicated and enjoy a close working relationship with a common goal to deliver a world-class motorsports event in Singapore.”

Now in its seventh year, the FORMULA 1 SINGAPORE GRAND PRIX is one of the most prestigious and highly anticipated sporting and entertainment events in the Asian calendar, featuring a weekend of thrilling race action and star-studded performances. Since the inaugural night race in 2008, over 200,000 spectators have flocked to the spectacular Marina Bay Street Circuit each year to watch the world’s finest drivers in action, with another 90 million people worldwide on average watching the event on television. 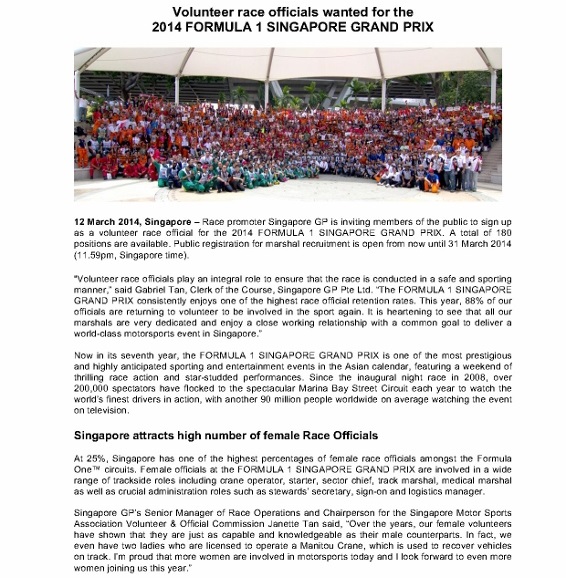 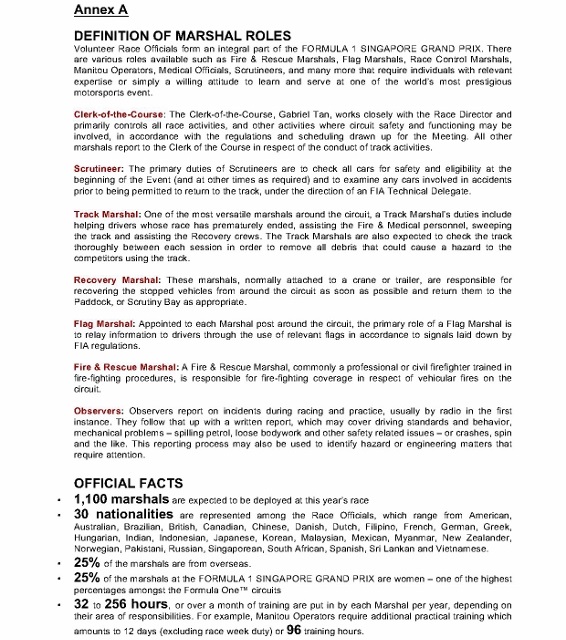 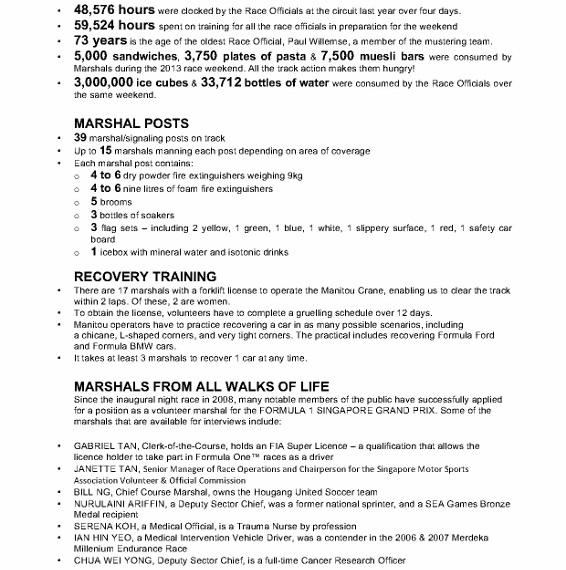