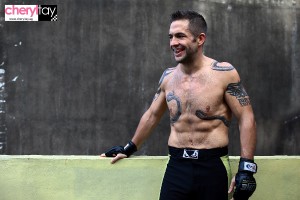 His debut in the ONE Fighting Championship (ONE FC) may not have gone the way he planned, but I'm sure there is a lot more to Brad Robinson that we have not seen in the cage. It was a very close fight against Nik Harris, but the judges ruled it in Nik's way via split...