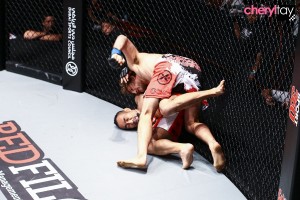 ONE Fighting Championship (ONE FC) made its Middle Eastern foray with ONE FC: REIGN OF CHAMPIONS on 29 August at the Dubai World Trade Centre. It was truly an explosive night headlined by three World Championship bouts and I was really excited to shoot the event! Here's a look at some of my favourite...