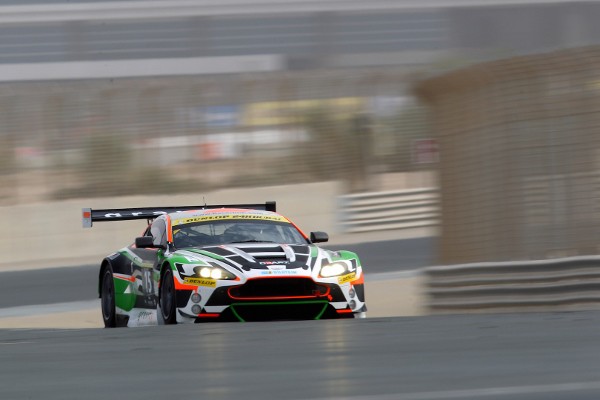 Malaysian top female race driver Natasha Seatter has teamed up with one of Asia’s most successful GT teams, Craft-Bamboo Racing, for the season opener of the GT Asia Series at the Korean International Circuit in Yeongam this weekend. 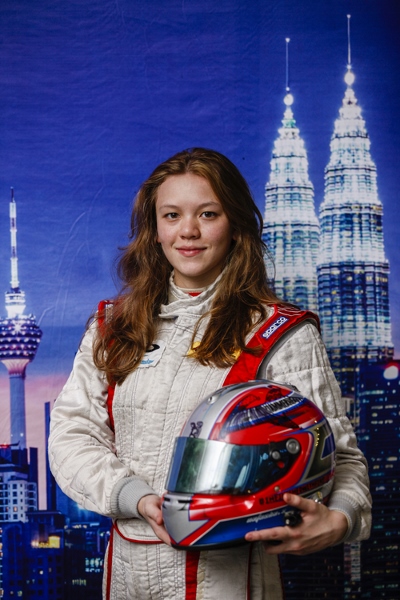 This will be Natasha’s first stint in the Aston Martin Vantage GT3. 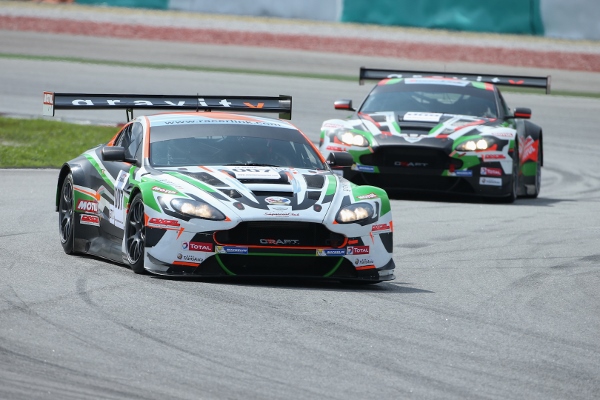 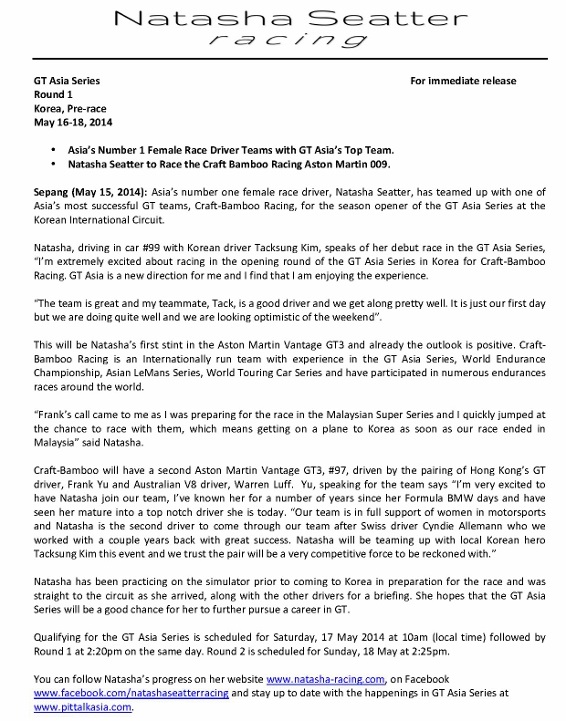