Mobil 1’s ‘Will You Be The One’ contest 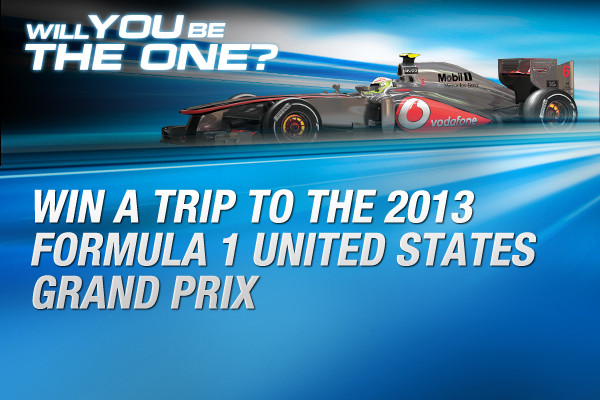 Mobil 1 launched its fourth “Will You Be The One” online contest for fans to stand a chance to win a trip to the 2013 United States Grand Prix at Austin, Texas on 15-17 November. This will be a once-in-a-lifetime opportunity to work with the Vodafone McLaren Mercedes Formula 1 Team.

After launching ‘Will You Be The One’ the last three years, Mobil 1 launched an online quiz on mobil1.com this year to test the fans’ knowledge of Formula One. The online contest consists of seven rounds, each with multiple challenges related to upcoming races. Points are awarded for correct answers and the fastest speed. The highest scorer at the end of the online quiz will get to fly to Austin, Texas to be part of the United States Grand Prix ‘live’ from the pit lane.

Started in 2010, ‘Will You Be The One’ is aimed at sharing the fun of ‘live’ Grand Prix action with fans across Asia. Last year, 100 lucky fans even got their names printed on a Vodafone McLaren Mercedes racing vehicle!

Over the past 18 years, Mobil 1 has provided support for Grand Prix world champions. Mobil 1 is the long-term technology partner of Vodafone McLaren Mercedes and the designated brand in NASCAR competition.